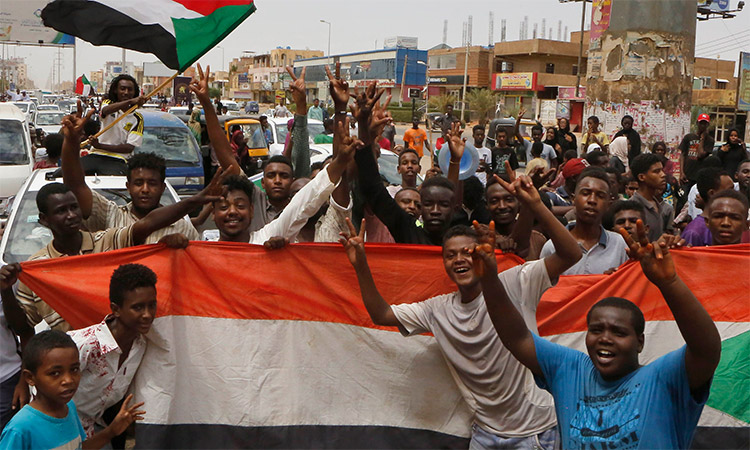 Sudanese take to streets to celebrate the power-sharing deal. Reuters

There is no doubt that it’s great news that the deal between Army and protest leaders has been done.

Crowds of jubilant Sudanese took to the streets of Khartoum on Friday to celebrate a landmark deal between protest leaders and the country’s ruling generals aimed at turning the page on months of political unrest.

Chants of “the martyrs’ blood has not been shed in vain” reverberated around the same streets where more than six months of protests culminated in the landmark roadmap for a new political future after the toppling of veteran president Omar Al Bashir in a palace coup in April.

The power-sharing deal, reached in the early hours after two days of hard-won talks brokered by Ethiopian and African Union mediators, came after a previous round of negotiations collapsed in May over who should lead the new body — a civilian or soldier.“The two sides agreed on establishing a sovereign council with a rotating military and civilian (presidency) for a period of three years or little more,” African Union mediator Mohamed El Hacen Lebatt told reporters.

The people of Sudan have suffered a lot in the clash between political parties and armed forces. As a result of the deal between army generals and political parties leaders there should be complete peace in Sudan for the sake of their own people.

Now it’s the need of the hour to implement the deal in its true spirit in the country to avoid more bloodshed in Sudan.