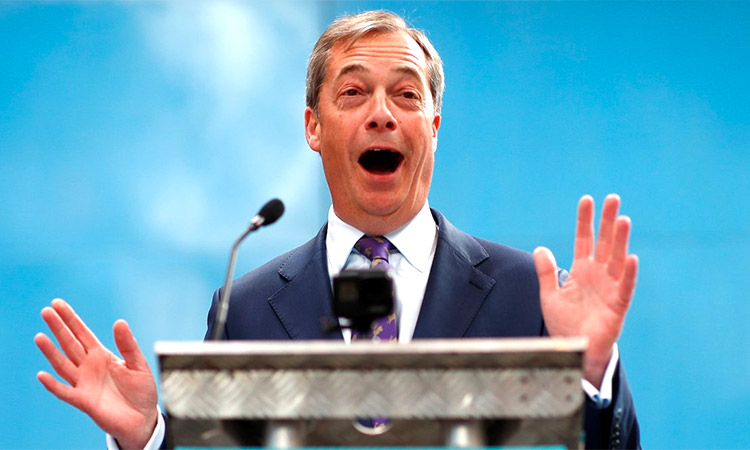 Politics is seeing those you care about supporting lies from those you know will hurt them.

Politics is seeing mums and dads whose world revolves around their child’s future, supporting people who, evidence suggests, will make it less bright. Politics is seeing nans and grandads who love their grandchildren more than words can ever describe, choosing to support a political party that will see the small hands they hold having to work harder for longer.

Politics is seeing wealthy people coming into poor communities, former stockbrokers entering former mining towns, and pretending to be on their side. It is seeing the Donald Trump rule book played out across the North. Facts overturned by shouting and noisy opinion, lies applauded and cheered, communities who mean more to you than anything being ruthlessly exploited by people like Nigel Farage and the Brexit Party.

It is the belief that each day you can make a difference. It is the sleeplessness of nights when you feel like you can’t. Like the 6,700 jobs hanging in the balance at Nissan in Sunderland due to Brexit uncertainty. Or the 4,500 people who work for British Steel in Scunthorpe, Teesside, Cumbria and North Yorkshire plus a further 20,000 people in its supply chain. It is the heartbreak of meetings with government ministers on trade and tariffs which spell out that a no-deal Brexit will end a business in your constituency, as was the case this week, causing the loss of hundreds of jobs on Teeside and thousands nationwide.

It brought back memories of the 3,000 jobs lost when Redcar SSI closed not long after I became MP. The families whose lives were devastated, the young women and young men working towards their first holiday, their first car, their first home, who had to start again. The communities who lost so much and are still struggling to recover.

Yet as all this bounced around my head in the dead of night, I knew that the stage lights were off, the microphone was unplugged, and Farage would be sleeping soundly. And Johnson and Hunt, they will be OK too, with the former commanding more for an after-dinner speech than many in the North East earn over several years.

No matter how big the army of experts telling you the way, there are times politics leaves you feeling lost.

How can 0.25 per cent of the population be choosing our next prime minister? How can the kind of manipulation we’ve all seen on Fox News during the Trump campaign and presidency now be taking place on our doorstep, in our communities in the North?

How can it be that in spite of all the evidence, in spite of all the £90bn of damage a no-deal Brexit would cause to our most vulnerable communities, some people are choosing to hurt themselves and their loved ones by supporting the populism of Nigel Farage or backing a destructive no-deal or hard Brexit mentioned by Johnson and Hunt?

What must I do to convince people of the truth within the House of Commons “Exiting the EU Committee” report which shows no deal would hit the North East first and worst, with a likely 16 per cent fall in the value of our economy? What must I do to make people spend time with the facts, like in the government’s own report “EU Exit —  Long Term Analysis” which, even when it was trying to make the case for Brexit, showed a 10.5 per cent drop?

How can I explain to people that there is no political reason, no Labour or Conservative reason for the Confederation of British Industry (which represents almost 200,000 businesses which create millions of jobs) to report a 10.5 per cent fall in the North East’s economy? This equals £7bn each year, or twice the amount we spend on schools and education in the region each year.

It is not just the percentages that keep me awake at night, it is what they can lead to. The hopelessness of an empty pocket, a growing family and an empty fridge.  The terror of knowing you can no longer afford your mortgage as your family sleep all around you. The disappointment of not only failing to fulfil your own dreams, but of failing to enable your children to fulfil theirs.

But do you know what, but so is my resolve.

And the thing that keeps me awake all night, is the same thing which drives my determination to make a difference every day.

Each time Nigel Farage sets a crowd alight with lies, slogans and sirens, he adds fuel to the fire that burns within me and in thousands like me.

To ensure our communities understand the hopes and dreams a no deal Brexit takes away. To ensure our democracy is strengthened through a Final Say referendum with a clear question and not the manipulated answer being presented by the Brexit Party or prime ministerial hopefuls.

To ensure our mums and dads, our nans and grandads, have the facts, and know they are the facts, to be able to protect their loved ones.

That’s why I support the People’s Vote North — by the North for the North.

And it is why I am proud to champion the Let Us Be Heard campaign touring the entire country, and which this weekend comes to Sunderland.

It is why I will do all I can to stop this madness. 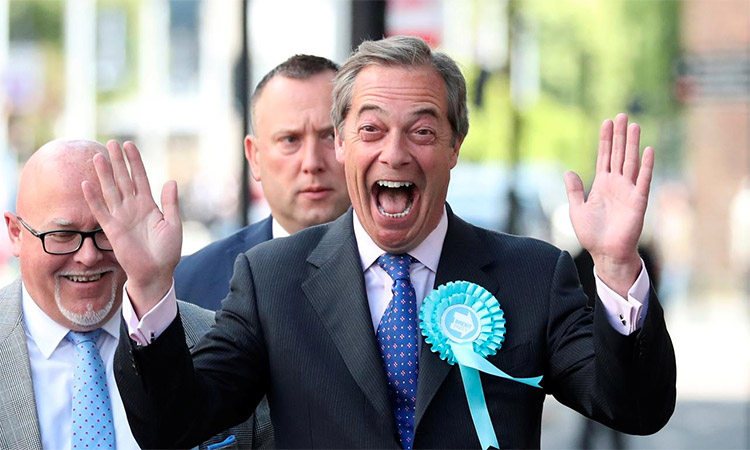