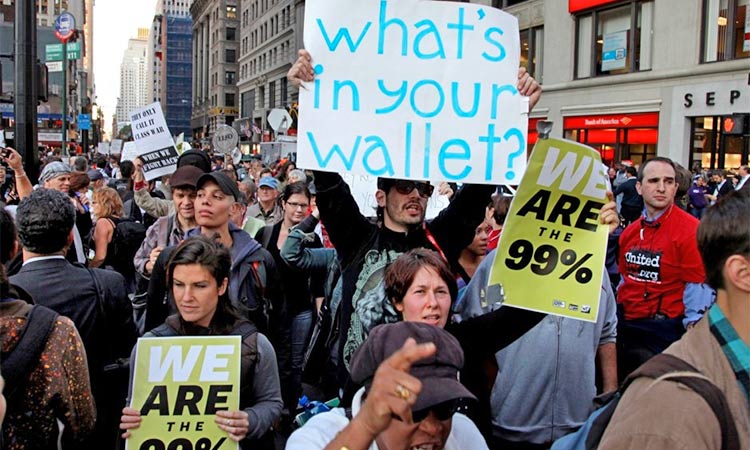 Workers gather for a march to protest against economic inequality in Lower Manhattan, New York. AP

Top earners around the world have seen their share of national income rise in the last decade and a half, while everyone else has seen their pay packets shrink by comparison, as per UN economists, and this certainly poses a global challenge.

According to the International Labour Organization (ILO), data gathered from 189 countries shows that roughly 300 million workers earn around $7,500 per month.

In contrast, almost half of the world’s workers - around 1.6 billion people – make just $200 a month, and the bottom 10 per cent’s monthly earnings amount to just $22.

As ILO economist Roger Gomis points out, they will need to work for 28 years to earn the same as the top 10 per cent does in a single month.

A one per cent increase in take-home pay for the world’s top earners resulted in a substantial decrease for everyone else, particularly for the lowest earners, who see their share of labour income decline by 1.6 per cent.

Another key finding of the ILO data covering salaried and self-employed worker for the period 2004 to 2017 is that income is shared more unequally in poorer countries than in richer ones.

This is highlighted by the fact that the pay of top earners in developed countries accounts for only 30 per cent of their national economies – or gross domestic product - compared to 70 per cent in emerging nations.

For example, in Sub-Saharan Africa, the bottom 50 per cent of workers earn only 3.3 per cent of labour income, compared to the European Union, where the same group receives 22.9 per cent of the total income paid to workers.

Challenges faced by workers come in varied forms and one of them is climate change.

As per another ILO report, an increase in heat stress at work linked to climate change is set to have a massive impact on global productivity and economic losses, notably in agriculture and construction.

Highlighting that the world’s poorest countries will be worst affected, particularly in West Africa and South-East Asia, the ILO warned last week that the lost output would be equivalent to 80 million full-time jobs — or 2.2 per cent of total working hours worldwide — during 2030.

The total cost of these losses will be $2,400 billion every year, ILO’s Working On A Warmer Planet report maintains, based on a global temperature rise of only 1.5 degrees Celsius by the end of this century.

The impact of heat stress on labour productivity is a serious consequence of climate change, as pointed out by top ILO official Catherine Saget.

What is worrisome is that the world may witness more inequality between low and high-income countries and worsening working conditions for the most vulnerable.

Heat stress is defined as generally occurring at above 35 degrees Celsius, in places where there is high humidity. Excess heat at work is a major  occupational health risk.

With some 940 million people active in agriculture around the world, farmers are set to be worst hit by rising temperatures, which means that the sector will be responsible for 60 per cent of global working hours lost from heat stress, by 2030.

Measures focusing on protecting the most vulnerable are urgently needed. As experts point out, adequate infrastructure, improved early warning systems for extreme weather events and improved implementation of international labour standards in occupational safety are the need of the hour. 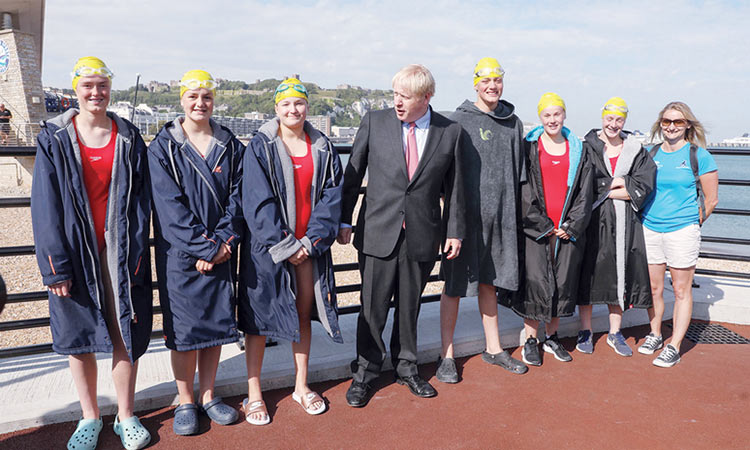 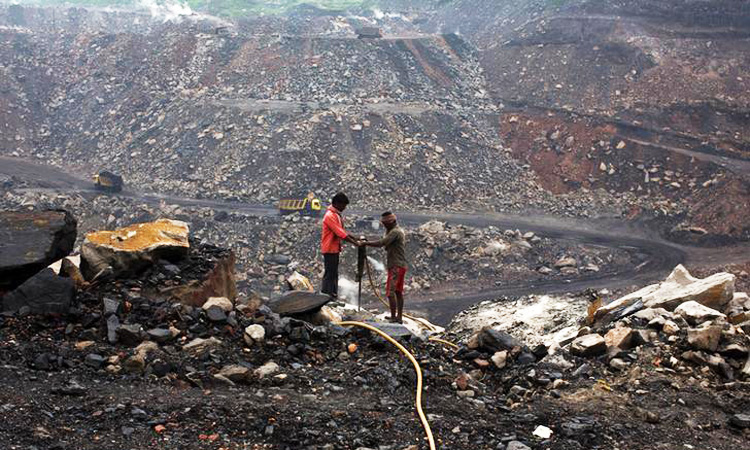 The open cast mine in Odisha, with production capacity of 20,000 tonnes a day, had been shut after the late on Tuesday accident, Dikken Mehra, a spokesman for Mahanadi Coalfields Ltd,

Wage growth in United Kingdom at new peak in a decade

British workers’ pay grew at its joint fastest pace in over a decade as employers extended their hiring spree, adding to signs that uncertainty about Brexit is prompting firms to take on workers rather than commit to longer-term investments.