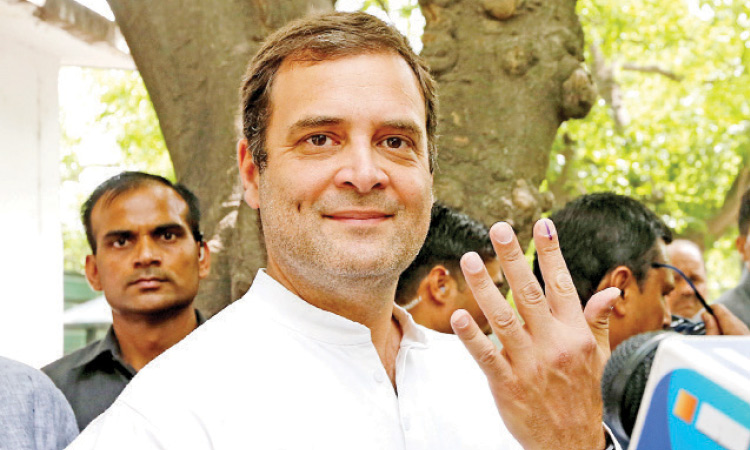 The Congress party is in doldrums today because for decades the Gandhi family had become the party and the party the family. Now the same family is called upon to clear the mess and so naturally the party is caught in a quagmire (‘Congress faces leadership issue amidst mass resignations,’ July 2, Gulf Today).

The second successive drubbing in parliamentary polls has dealt a massive blow to the party. The Gandhi clan failed to feel the pulse of the people. Injecting Rahul and Priyanka into the thick of the battle without adequate electoral ammunition was a grave error, especially when you face a party like the BJP who had strengthened their hold in the last five years.

There is no doubt that with Rahul’s foray into the party states like Madhya Pradesh, Chhattisgarh and Rajasthan came under the Congress umbrella.

But parliamentary polls is a different ball game which runs on totally different set of rules something the Congress party unwittingly didn’t factor in. Or if it did, the think-tank failed miserably in its calculations.

Like Sonia Gandhi who pulled back her plans to quit the party after Congress leaders and sympathisers pressurized her to lead the party, Rahul too may face a similar fate. With scores of Congress leaders giving up their posts in apparent show of “solidarity” with Gandhi so that he has a free hand in reorganizing the country’s oldest political party, Rahul faces a daunting task.

The Congress needs to resolve this issue on priority. With state elections in Maharashtra, Jharkhand and Haryana drawing near, the party needs to pulls up its socks and get ready. Wake up Congress. The people need you as much as they need the ruling party.