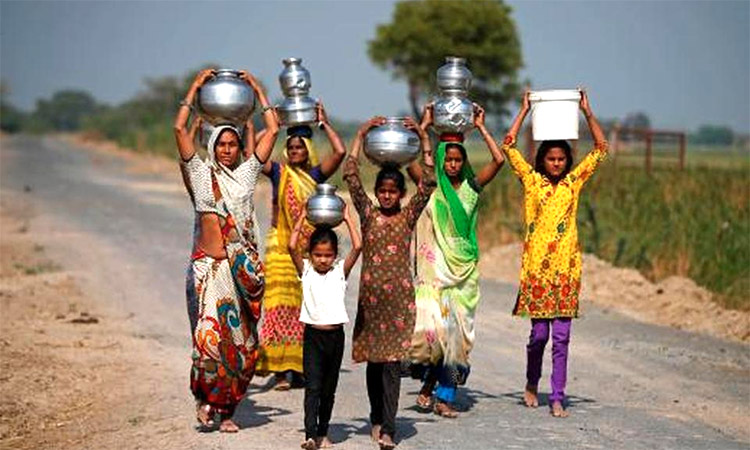 Around 100 million people across India are said to be on the front lines of a nationwide water crisis and this should be seen as a wakeup call for countries around the world to better manage the precious water resources.

The World Health Organisation’s has estimated that 844 million people already lack access to a basic drinking water service and that half the world’s population could be living in water stressed areas by 2025, which essentially means that there is a dire need for effective remedial action by countries.

Almost half of India is facing drought-like conditions because of deficient pre-monsoon rainfall, as per the Indian Meteorological Department (IMD).

Falling groundwater levels mean they are very reliant on June-to-September southwest monsoon, which provides the country with most of its annual rainfall.

Unfortunately, three of the last five monsoons have been deficient, compounding the problems.

The situation is especially grim in Chennai. All four reservoirs in the city have run dry, largely because of poor monsoon rain last year.

“Only rain can save Chennai from this situation. A well completely empty, and a city without water,” DiCaprio’s post said in its caption of the photo, which showed women gathered around a well trying to pull out perhaps the last drop of water.

DiCaprio’s post noted: “The acute water shortage has forced the city to scramble for urgent solutions and residents have to stand in line for hours to get water from government tanks.”

The dipping of groundwater levels across India also comes as a matter of deep concern. Northern India has registered a critical fall in groundwater levels ranging between 75 and 85 per cent, according to a monitoring report by the Central Ground Water Board (CGWB).

The newly set up Jal Shakti Ministry furnished the CGWB data to Parliament. “In order to assess the declining/rising trend in water level on a long-term basis, pre-monsoon water level data 2018 has been compared with the decadal average (2008-17) water level. Analysis of data indicates decline in ground water level in about 52 per cent of the wells being monitored,” said the Parliament statement.

Shockingly, Punjab, a leading agrarian state, suffered the highest 84 per cent decline in groundwater levels in the 216 wells monitored followed by Uttar Pradesh, which recorded 83 per cent dip in 563 wells.

Jammu and Kashmir came third place (81 per cent fall in 244 wells). The groundwater crisis is also acute in the national capital and neighbouring states. Delhi, Haryana, Chandigarh, Himachal Pradesh and Uttarakhand have also recorded a sharp fall in the groundwater levels, ranging from 70 to 80 per cent.

In an ominous statement, the BrihanMumbai Municipal Corporation (BMC) too has warned of an impending water crisis looming over the commercial capital owing to delayed monsoon.

Left with barely 4.95 per cent water stocks in all the lakes, the BMC has now started using its precious water reserves to quench the thirst of Mumbai’s 17 million people.

There is need for more global awareness on the subject. All members of society should strive to conserve the precious liquid. Governments and relevant organisations should coordinate to provide sustainable solutions to use water efficiently. No effort should be spared to ensure water security for future generations.