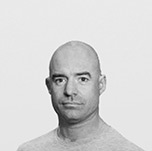 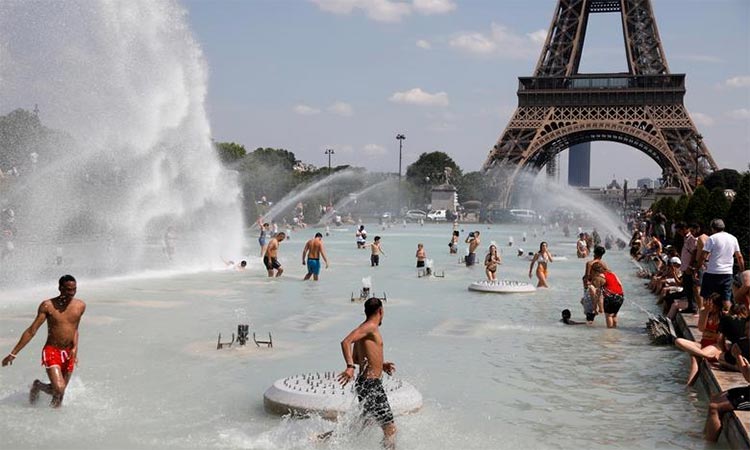 People cool off in the Trocadero fountains at the Eiffel Tower in Paris. Reuters

The good news is that cooler conditions are forecast to move in over the weekend. The bad news is that until humanity’s fever with economic growth is broken, we should expect more extreme weather events in the future. Because if all the world’s major economies continue their obsession with growth, more fossil fuels will be burnt and with it more carbon dioxide will be added to the atmosphere, quickening the process of climate breakdown.

Exploring the link between particular weather events to human-caused climate change is challenging, but every ton of carbon dioxide we put into the atmosphere further increases the greenhouse effect and so traps more heat. So while there have always been heatwaves, there is increasing confidence that climate change progressively loads the dice in their favour so they become more frequent. Analysis of the 2018 European heatwave, which produced temperatures over 33c in places such as in the far north of Finland, concluded that such freakish conditions were five times more likely as a consequence of climate change.

People literally dropping dead because of high temperatures is the most visible impact of climate change. But there are other more insidious effects. Climate change is gradually raising global sea levels. That won’t be noticed until a storm surge sweeps away a city. Increasing temperatures are melting glaciers around the world. That will only make headlines when the absence of meltwater during a particularly dry spell leaves millions without drinking water.

The Intergovernmental Panel on Climate Change’s job is to review the increasing amount of research into the impact of climate change. Put very simply, higher temperatures will produce more dangerous impacts. So why do we continue to burn coal, oil, and gas in huge quantities? Are our elected politicians and industrialists insane? Hopelessly corrupt?

The more charitable answer is that they are simply deluded because they choose to believe that we can outrun the worst of these impacts. In their defence, there is some evidence to support this conclusion. Since May this year, India has been suffering a heatwave that has produced temperatures over 50c in some regions. While dozens have died, the good news is that many lives have been saved by adaptation in the form of better public information campaigns such as those warning against working or even going outside during hottest periods, the increased distribution of water, and the painting of roofs with white paint. European countries have learnt important lessons from the 2003 tragedy and are closing schools, banning some cars from city centres and handing out tens of thousands of bottles of water.

So it’s clearly the case that better management and adaptation to higher temperatures can have a dramatic impact. A notable example is the decrease in heat-related deaths in the USA over the 20th Century. The reasons for that include an increase in the use of air conditioning as it provided cooled spaces in which heat-stressed people can recover. But what allowed the widespread use of air conditioning in the USA in the last century was the burning of fossil fuels that powered its huge economy and increases in wealth. Deploying more air conditioning in response to rising temperatures as a consequence of climate change will increase humanity’s energy demand. Demand that in India and other places will be satisfied by burning more coal. As well as increasing deaths from air pollution, it will produce more carbon emissions and so more climate heating.

This all makes as much sense as thinking that the way to avoid crashing into a mountain top in a hot air balloon, would be to set fire to the basket in order to increase the temperature inside.

Humans have warmed the Earth’s climate over 1c since we first started to use coal to power our economies. We will need to adapt to the changes we have made to the earth system. If we focus on the welfare of the most vulnerable, then at least for the next few decades, many lives can be saved.