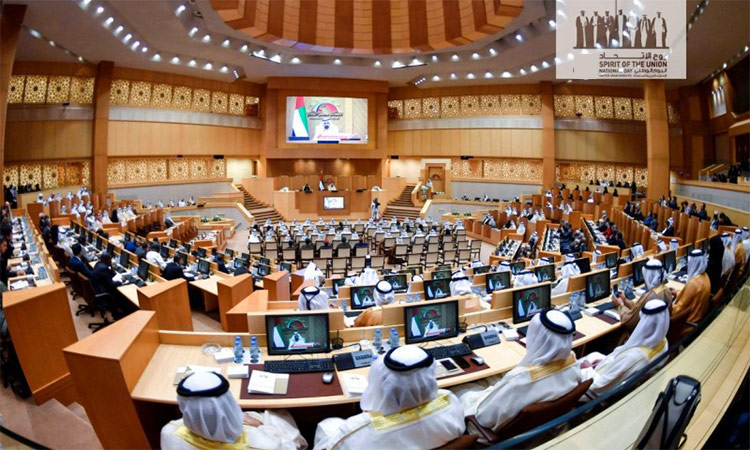 The UAE has shown the world how to efficiently promote gender balance. WAM

The new UAE election rule issued under the Presidential Resolution No. (1) of 2019 towards raising women’s representation in the Federal National Council (FNC) to 50 per cent with effect from the upcoming legislative cycle is a historic step marking a momentous milestone on women’s empowerment as well as the country’s political development journey.

Issued in the run-up to the fourth cycle of FNC elections that are scheduled to take place in October 2019, the resolution has modified certain provisions of the Federal Supreme Council Resolution No. (4) of 2006 concerning the manner of electing the emirates’ representatives in the FNC and its amendments.

Article one has made it clear that women must account for no less than 50 per cent of the total representatives of each emirate in FNC.

While most nations merely talk about women’s empowerment, the UAE has shown the world how to efficiently promote gender balance and encourage women to play a prominent role in the country’s growth.

The adoption of several legislative policies and initiatives by the UAE leadership to support Emirati women has taken empowerment to a much higher level.

Working women already account for 66 per cent of federal government employees, including 30 per cent in leading positions, and the number of Emirati businesswomen accounts for 23,000, who are managing investments amounting to Dhs40 billion.

The “National Strategy for Women Empowerment and Pioneering in the UAE 2015-2021,” which was launched by Her Highness Sheikha Fatima Bint Mubarak, Chairwoman of the General Women’s Union (GWU), President of the Supreme Council for Motherhood and Childhood, and Supreme Chairwoman of the Family Development Foundation, has turned out to be one of the key factors in achieving women’s empowerment and removing the obstacles facing their participation in all sectors.

The FNC itself is renowned for playing a defining role in empowering Emirati women. During its 14th legislative term (2006-2011), women’s representation in the Council exceeded 22 per cent - the highest in Arab parliaments at the time, while a woman assumed the presidency of the parliament for the first time in the Arab world during the 16th legislative term (2015-2019).

Over the last five years, the UAE has dedicated $322 million for humanitarian initiatives focused on women and girls.

Additionally, it has developed a “100 per cent Women” Policy which aims to enhance the nation’s commitment to the protection of women and girls’ as a part of all UAE funded humanitarian programmes and projects implemented in humanitarian crises.

Emirati women have been contributing through key roles as editors, engineers, doctors, pilots, lawyers and diplomats, besides others.

The leadership continues tracing the legacy of the Founding Father, late Sheikh Zayed Bin Sultan Al Nahyan, who supported women since the establishment of the country and called on them to take part in the development march of the country.

Such continuous support and encouragement have helped the Emirati women achieve in a record time what has been achieved by their counterparts globally in decades.

Just last week, a report prepared by the International Labour Organisation, ILO, and issued by its Committee of Legal Experts praised the high rate of women’s participation in economic activities in the UAE.

The UAE’s parliamentary experience certainly serves as a perfect model for other modern parliaments around the world, especially in terms of women’s political empowerment.