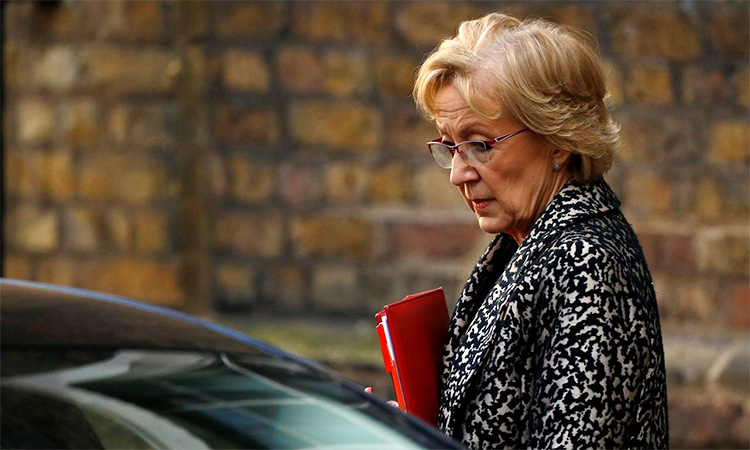 Mark Harper has never taken any mind altering substances, but he does have a sign altering highlighter pen. This was what allowed the Tory leadership candidate you’ve never heard of to launch his Tory leadership campaign in front of a big sign that had been corrected for dramatic effect, from “Promising Brexit” to “Delivering Brexit”, the Promising lingering there, struck through in pink highlighter, and replaced with Delivering.

So it was perhaps a surprise that Mark Harper, who’s not “Promising” Brexit, like some wuss, but actually “Delivering” it, wasted absolutely no time at all in telling his very small audience, “It is not going to be possible to leave the EU on 31 October.”

He’s right, obviously, but one of the upsides of no one knowing who you are, at least as far as the Conservative Party is concerned, is that no one is going to listen to a word you say.

Which partly explains a) why the current main news line to emerge from the Mark Harper leadership campaign launch is that, having challenged his audience to “Ask Him Anything” he was genuinely asked who would win in a fight between a bear and a lion.

But mainly, it explains b) which is that the Conservative Party is far more interested in using the leadership contest for its primary purpose, which is to gradually but brutally lower the nation down to its own level.

The morning’s other main treat came from Andrea Leadsom. She is right at the vanguard of what surely must be a concerted effort; this steady drip feeding of insults to the nation’s intelligence, to the point where it actually works, and so often repeated have these once stunning lies become that they are now, almost, the simple uncontested truth.

Andrea Leadsom has had enough of Brexit. Britain must be out of the European Union by 31 October, that is a “hard red line”. Andrea Leadsom wants to be concentrating on other much more important things, like “building a carbon neutral economy”. You know, the kind of thing that a decent, responsible, normal government would be getting on with, if it hadn’t had this unimaginable nightmare dropped in its lap.

This was her own version of Boris Johnson’s desire with Brexit, “to put this bawling baby to bed, to pacify it,” and return to the liberal Conservatism that can win them an election. There is no other way of comprehending these events to actually be happening than that Johnson, Leadsom and the rest have now so fully internalised their own mad lies that they can see no difference between them and the truth.

These people are auditioning to be prime minister of a country in which millions and millions of people loathe Brexit, loathe the misery it has heaped on the nation, the toxicity it has unleashed and cannot contain. And yet they complain that Brexit, with all its terrible complexity, its insoluble problems that risk breaking the union, is getting in the way of the things they would rather be doing.

And in Johnson’s case, and this is why he is the high priest of them all, the biggest charlatan of the lot, what he wants to be doing is returning to the politics of Cameronism, liberal Conservatism, centrist politics, winning Tory majorities, but minus the Cameron, who he killed off. And yet, here they are, lining up to be prime minister, blaming the consequences of their own crushing lies and stupidity on others, offering simple solutions to problems that could not have been more vividly shown to have none.

And the only person prepared to tell the truth has to start by crossing a line through it first, and then not being listened to. Whatever it was we did to deserve all this is a mystery, but one thing is clear. There will be no escaping it for long years yet. The Conservative Party will see to that.