Mueller has done his job, now it’s over to the Congress - GulfToday

Mueller has done his job, now it’s over to the Congress 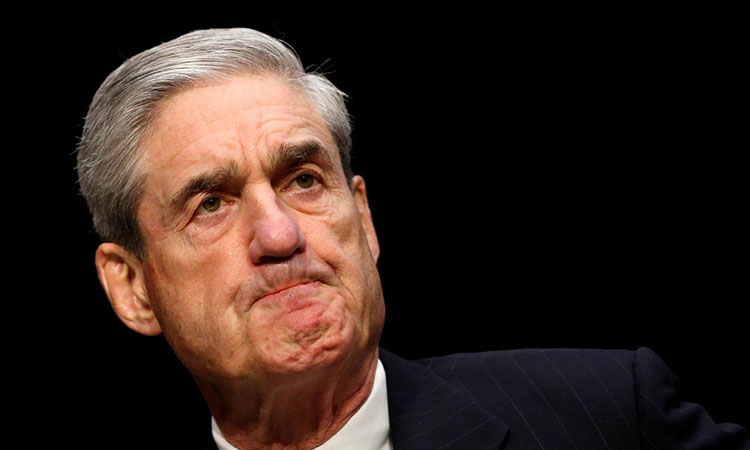 So there we have it: Robert Mueller went out in the style to which we have become accustomed – saying very little in public and being as professional as he can. But the fact Mueller felt he needed to do those eight minutes behind the podium at all shows how he believes the words of his report have been twisted by the administration of Donald Trump.

He said that it is the “only time” he would speak like this and that he is returning to private life – and marked his only public statement on the report. If the special counsel sought this press conference as his mic-drop moment, he had one clear message to get across.

“If we had confidence that the president had not committed a crime, we would have said so.” Mueller clearly wants the report to speak for itself, and obviously thought it would, until attorney general William Barr put out his own summary ahead of the redacted report.

Constrained by his position, and the professionalism he obviously prides himself on, Mueller decided he needed to be as clear as he could in the wake of that and hope that congress hears his words. I would say it is mission accomplished. Congress can be in no doubt that Mueller intends for them to pick up the baton on the 11 instances of possible obstruction he laid out in his report.

The fact that the special counsel must end his report in the same spirit of professionalism that ensured so few direct leaks about his report across two years of investigation should be taken as ambiguity.

Mueller’s language is careful, controlled and deliberate – but the subtext screams as loudly as it can.

When the special counsel told the waiting media that charging the president with a crime was “not an option” he did not mean it to affirm the president’s innocence, no matter how much that soundbite will be taken out of context by supporters of Trump. Rather to make clear his professional restraints.

He explained that Department of Justice rules made it explicitly clear that the special counsel could not even “consider” filing criminal charges against a sitting president because of longstanding policy. Barr has previously tried to paint the picture that the opinion was not a major factor in Mueller’s findings.

The major takeaway that Mueller wants us to take onboard for 2020 is the fact Russia did interfere in the 2016 election, but he is not subtle about the question of obstruction either. In response Trump has tweeted that “nothing changes from the Mueller report” and the special counsel would likely agree – it was all there in the original report and congress just needs to see it.

Democrats may be disappointed that Mueller has ruled himself out of possible testimony to congress, or at least that if he is called he will say nothing beyond what was in his report. But if anything, that is merely to make clear that it is all there in the document.

Democrats and at least one congressional Republican – Justin Amash, who has called for impeachment proceedings against the president – have seized on Mueller’s remarks and called on the legislative branch to act.

“The ball is in our court,” Amash tweeted – and there is no doubt that there is where Mueller meant to put it. Indeed, House Judiciary Committee chair, Democrat Jerry Nadler, said Mueller’s comments made clear that the responsibility now lies with congress “to respond to the crimes, lies and other wrongdoing of President Trump”.

Calling for impeachment is something that Mueller would be too professional to do given his public role. But he wants us all to know that he is leaving the door as wide open as he possibly can. The subtext of Mueller’s words is that it does not have to be. Congress, over to you.