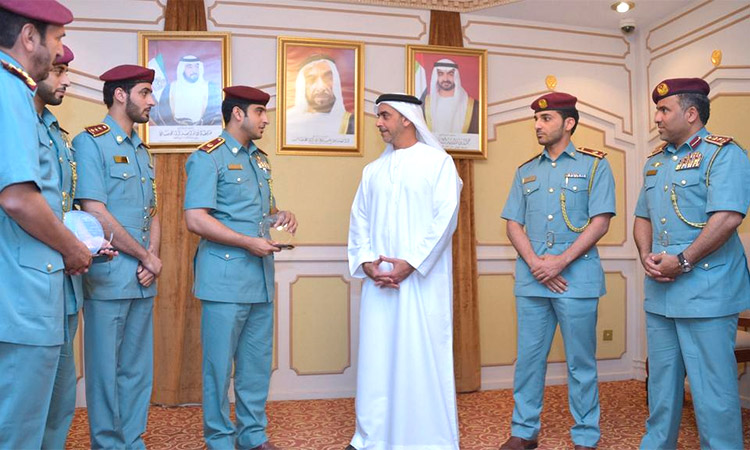 The nabbing by Abu Dhabi Police of a bank employee who was planning to make a quick and quiet getaway after stealing Dhs600 million speaks volumes for the efficiency and alertness of the law enforcers in the UAE. The police scuppered all plans of the staffer who must have been conjuring up dreams of living a luxurious life, after decamping with the millions.

What he didn’t twig was that one flaw would shatter his grandiose plans to smithereens. And that mistake was a dud cheque for Dhs15,000 which he had completely forgotten.

One chink led to another, and it was soon discovered that he had made withdrawals of large amounts of money during the night that amounted to Dhs600 million. It was not long before he was ensnared in the powerful clutches of the law after the needle of suspicion became very sharp.

It just goes to show that the UAE makes all-out efforts to curb all forms of crime and make the country as safe as possible for its residents, Emiratis and expatriates included.

Even while the resident is away on vacation, he or she does not have to worry about his house being burgled. The switched-on police are there to ensure such things do not happen.

It is this security factor that has drawn thousands, nay millions, to this country who have made it their home away from home.

Those who step out of line have a price to pay, and see themselves clapped in irons for a good period for their bad acts.

During the operation, Dubai Police drug enforcement officers seized 365 kilogrammes of heroin, crystal meth and hashish, with a market value of Dhs278.050 million, the largest ever haul in the UAE. Al Marri added that the operation resulted in the capture of 16 suspects from both gangs.

He then described the operation as a success, due to its precise and accurate planning and execution by the drug enforcement officers of the Dubai Police, which led to the capture of the members of the gang that targeted young Emirati citizens and residents.

Also, recently, the State Security Chamber of the Federal Supreme Court of the United Arab Emirates on Sunday issued a five-year jail sentence on a Comoran citizen and a fine of Dhs1,000,000.

Terrorism, white-collar crimes, burglaries… all these negative phenomena have been kept in check, thanks to the vigilance of the authorities who are keen on keeping the emirates as crime-free as possible.

With unfavourable developments, particularly over Iran, raising their heads to roil stability in the region, the UAE, a bedrock of watertight security, has maintained its reputation as a haven of peace and comfort. This is why when you and I sleep at night, or walk unprotected in the streets in the early hours of the morning, we know that there is nothing to worry about. The force of the UAE is with us.