Islamophobia is real and needs to be taken seriously - GulfToday 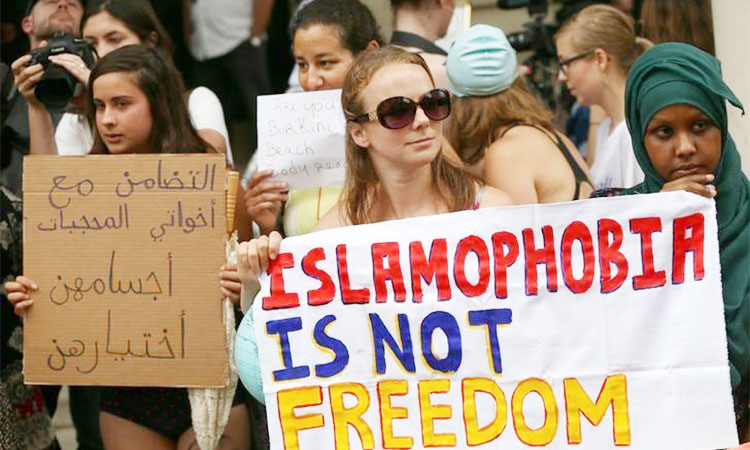 People at a rally protest against Islamophobia. Reuters

What is a definition of Islamophobia for? It is to help prevent a social evil, as the All-Party Parliamentary Group (APPG) on British Muslims correctly states in its thoughtful report. Baroness Warsi, the force behind it, has candidly described how “dinner party” Islamophobia has become acceptable, rather like “golf club” antisemitism used to be commonplace.

Unlike other forms of racism – and Islamophobia is, for most practical purposes, at least analogous to racism – and antisemitism, there is no widely accepted working definition of it. It certainly exists, and the APPG has drafted a fairly succinct formulation: “Islamophobia is rooted in racism and is a type of racism that targets expressions of Muslimness or perceived Muslimness.”

Without even waiting for a parliamentary debate on the issue, the government has rejected it, apparently because those police chiefs believe it is “too broad to be effective” and would endanger free speech (which is not usually a policing matter).

Let’s be clear: Islamphobia is not about to become a “crime”, in any legal sense. In a way, it already is, and rightly so. There are today tough laws relating to religious and religious hatred, which are fairly comprehensive. There are also laws relating to terrorism and the activities and conspiracies related to it. When, for example, the man responsible for the “Punish a Muslim” campaign was apprehended last year he was charged with: one charge of soliciting to murder; two charges of sending letters promoting a “Punish a Muslim Day”, encouraging the commission of offences; five counts of sending a hoax noxious substance; five charges under the Malicious Communications Act of sending threatening letters; one charge of staging a bomb hoax. He pleaded guilty.

A working definition of Islamophobia would not hinder the police in dealing with extreme cases such as that. Hate crimes can and will be protected under existing laws – including those that impinge on absolutist notions of free speech.

What it might do is to raise awareness on the part of the police and everyone else about low-level casual insults, graffiti and other attacks. It might, as the long anti-racism campaign did, change our culture to one where racism is socially unacceptable. Like antisemitism, Islamophobia is not just another sub-set of racism, but has its own unique character and origins. We might better understand the prevalence of Islamophobia, and how it is a hurtful and disgusting un-British practice, and why people should think twice about writing or saying things that are Islamophobic. It is part, quite simply, of making a civilised society more civilised.

Let us take a practical example. When Boris Johnson famously wrote in the Daily Telegraph last year that Muslim women wearing burkas “look like letter boxes” he is not going to be sent to jail. The Daily Telegraph is not going to be censored or banned. Mr Johnson is free to say it as much as he wishes. But he is also going to have to face being called out for Islamophobia, and those who commissioned and published such an article will also have to defend themselves on Islamophobia grounds.

They can, if they like, freely admit they are Islamophobic, and proud of it. More likely, they can argue their case that they are not Islamophobic and Boris Johnson can explain why his remark is not Islamophobic. (If he wants – he’s been fairly shy about it ever since). There will be a debate. So would there be if some theologian critiqued the Quran – and of course Muslim scholars do so frequently, and disagree among themselves.

If the Daily Telegraph and Boris Johnson signed up to a definition of Islamophobia, as they might one of antisemitism, then they would merely be setting an editorial principle that, they would argue, has always been honoured.

There is a parallel – not a perfect one, but something nonetheless – between the way the Labour Party and Jeremy Corbyn have had to deal with antisemitism. When the party at long last adopted the IHRA working definition it was greeted as progress – but it still meant that the Labour Party had to match its words with deeds and action. Defining any social evil doesn’t end it – but it does mean we accept it is there, and that it should not be. Boris Johnson, Rod Liddle, Richard Littlejohn and all the other commentators who are so phobic about Islamophobia can write what they want – but their readers might have an enhanced understanding of its meaning. 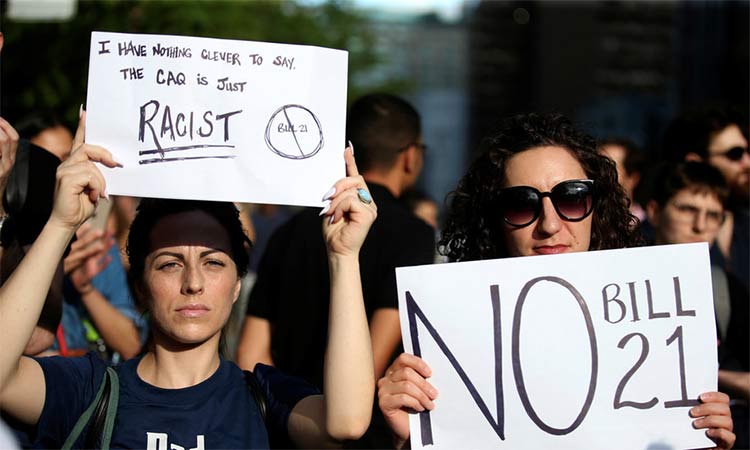 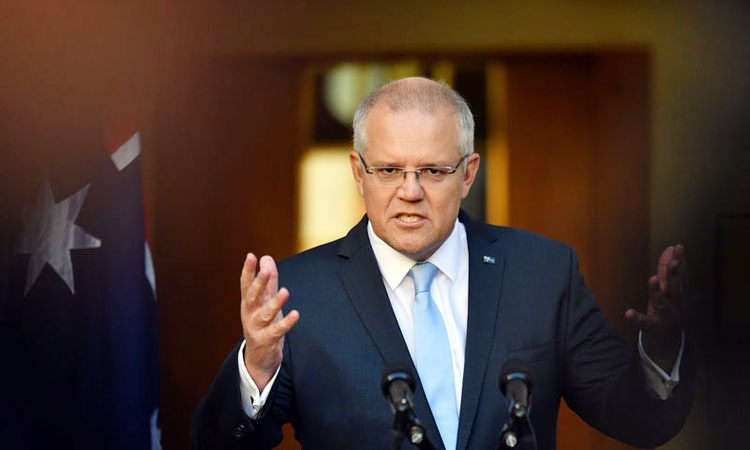 Campaigning for a general election later this month, Prime Minister Scott Morrison said on Friday he had forced a candidate to quit his Liberal Party because of Islamophobic comments posted on social media.