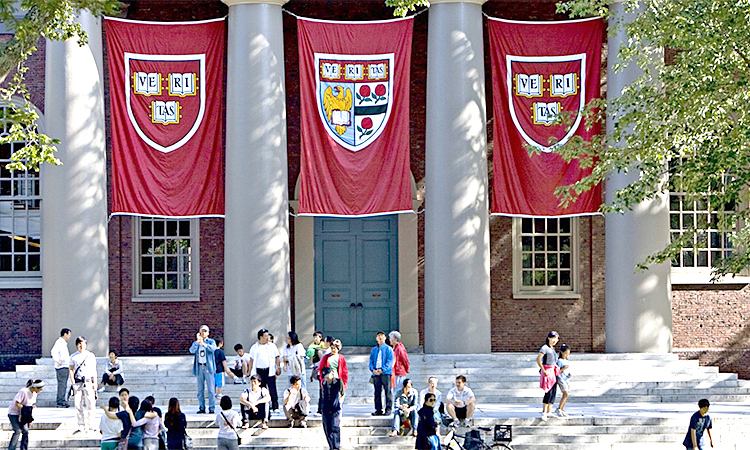 John Adams, our second president and a principal guide in the writing of the US Constitution in addition to his work on the Declaration of Independence, also defended British soldiers who killed American colonists in the Boston Massacre. Don’t do this unpopular thing, friends warned him, but he did it anyway because of a belief in justice that may have derived in part from his Harvard education.

Sadly, this university is now snubbing justice by going after a faculty member whose central mistake was not planning to defend foreigners in red coats, but the equally despised Hollywood producer Harvey Weinstein. This African-American law professor, Ronald Sullivan, and his wife, a lecturer, have also been faculty deans who have mentored and counseled some 400 students in living quarters and a community center know as Winthrop House. That’s ending, they’ve been told.

You see, some of the students in that abode said that every time they would see him they would think of Weinstein and his dozens of sexual assaults. They could hardly believe that a dean that close to them would be that close to him. They were horrified, in tears, motivated to write objections in graffiti. And so a higher-ranking dean concluded that the “climate” at Winthrop House meant the deans must go even as they kept their other positions.

The Harvard Crimson sided with the students even though 52 law professors said this was awful, explaining that every criminally accused person was entitled to a defense from the best lawyers available. Diminishing supply through nasty regards would not improve the human condition or serve the community.

Sullivan himself tried to explain that he took the case not because he approved of what someone did, only that procedural fairness should be assured. Some of the students said they were thereby traumatized, which is to say, in shock maybe forever, as emotionally damaged as a soldier with part of his body shot off.

I won’t claim to be traumatized, but I am hugely upset with these super-spoiled, self-absorbed crybabies refusing to deal with realities they will confront for the rest of their lives even in lavish, well-protected, communications-free survival huts in the wilderness.

It’s akin to those never wanting to hear anything contrary to what they might believe, thereby reducing a world of ideas to a crib of ideas. I really, truly fear for what these young people may do when they grow older and possibly become leaders. Are we to be inundated by the likes of Alexandria Ocasio-Cortez whose autocratic Green New Deal could ruin millions of lives and not save a single one?

Yes, these angry students are a minority, but we also know what is happening generally, and all right, play with socialist imaginings, dear students. But also try to look around the curves and, at Harvard, understand that guilt should not be determined by popular opinion and stop and read up on Sullivan. Are you aware that he worked with criminal justice agencies throughout the country to help free as many as 6,000 wrongly imprisoned citizens? Do you think wrong convictions are just accidents or that they may also related to the kinds of defense Sullivan understands so well? Will you ever do as much for just a few lives as he did for 6,000?

Let’s get back to Adams, who was not a loyalist and planned on seeking public office as a patriot. He said to the jurors that he wanted them to forget who was British and who was a colonist and focus on facts. They did. They exonerated six of the British officers accused of murder while finding two guilty of manslaughter. I don’t think Weinstein is going to escape prison, but justice deserves a chance, and let’s don’t blame the Sullivan episode entirely on the students.

With prestige roughly the equivalent of its net worth of something like $43 billion, Harvard the institution was the main actor and earned itself an elevator ride to the basement.