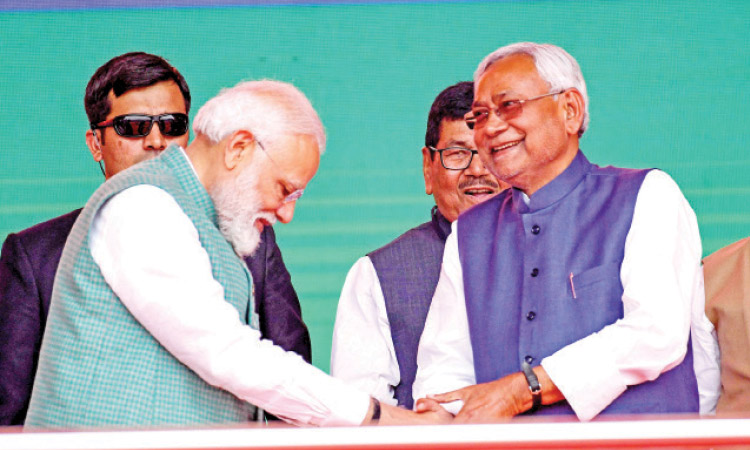 Narendra Modi during a campaign rally.

The ongoing Lok Sabha election in Bihar is unique in the sense that no previous election whether of the assembly or a general election can be taken as reference while analysing electoral prospects of the parties in the state. Let’s get into the details and try to see why it is so.

To understand the current political scenario and why the historic electoral results may not be relevant for these elections in Bihar we need to go back a little — to 2013 — and analyse the politics of Bihar from then onwards. The Nitish Kumar-led Janata Dal-United (JD-U), which has been at the core of politics in Bihar in the last 23 years, has gone through several twists and turns in the last six years.

After leading a formidable alliance with the BJP for 17 years, it severed ties with the Bharatiya Janata Party (BJP) in June 2013, protesting against the decision of the BJP to declare Narendra Modi as its prime ministerial candidate. It needs to be noted that Modi was brought in by the BJP in order to rally Hindu nationalistic sentiment. Nitish Kumar was worried of losing his Muslim support base in Bihar and decided to part ways with the BJP. In a damage limitation exercise, the BJP got the Lok Janshakti Party (LJP) and the newly formed Rashtriya Lok Samta Party (RLSP) of Upendra Kushwaha into the NDA fold. In the 2014 polls, against the backdrop of the Modi wave and due to the strong anti-incumbency sentiment against the incumbent UPA government, the BJP-led alliance got unprecedented success, winning 31 of the 40 Lok Sabha seats in Bihar.

The results were overwhelming for the BJP and its allies and shocking for Nitish Kumar and Lalu Prasad who considered themselves to be bigger political forces than the BJP in Bihar. After coming to power at the national level, the BJP continued to convincingly win most Assembly elections held in 2014 and 2015 — Arunachal Pradesh, Maharashtra, Haryana and Jharkhand. Worried, Nitish Kumar and Lalu Prasad joined hands to contest the 2015 Bihar Assembly election along with the Congress party. By this time, Jitan Ram Manjhi had quit the JD-U, formed his own party, Hindustani Awam Morcha (HAM), and joined the NDA.

During the election campaign, Modi had tried to make it a Modi vs others contest. And here he had failed to understand the political dynamics of Bihar. His personal attacks on Nitish Kumar backfired for the NDA and the alliance got the complete of the Muslims, majority of the OBCs and EBCs. This gave a glimpse of the Lalu Prasad era in Bihar. The Mahagathbandhan swept the state and won 3/4th of the seats. One significant outcome of this election, was the revival of the Lalu Prasad-led Rashtriya Janata Dal (RJD) in Bihar. But the JD-U-RJD alliance didn’t last even two years for reasons well known to everyone and in 2017 Nitish Kumar finally returned to the NDA fold.

Before the 2019 general election, with so many parties in the NDA, and each having its own demands for seats to contest, it was not possible to keep everyone happy. To add to this, it was well known that Nitish Kumar was not on good terms with Kushwaha and Manjhi. Such a scenario made the RLSP, HAM and Vikassheel Insaan Party (VIP) of Mukesh Sahni wary of their future in the NDA.

So, there is now a bipolar contest in Bihar — the NDA comprising the BJP, JD(U) and the LJP on the one side and the Mahagathbhandhan of RJD, the Congress party, Rashtriya Lok Samta Party (RLSP), VIP and HAM. Let’s try to understand the current political dynamics in the state in the context of the ongoing general election 2019.

To start with, let’s try to find out what impact the new entrants from the NDA to the Mahagathbandhan may bring in this election. The RLSP had won all three seats had contested in 2014 but the credit for the victory had largely gone to the Modi wave. A year later, in the 2015 assembly election, the RLSP, and HAM could win only two of the 23 seats and one out of 21 seats it contested respectively. It has been four years since, and both parties - as also VIP - have increased in strength. However, the 2019 election is the first election which will measure the strength of these newly formed regional parties.

Any gain for these parties is a direct loss to the NDA but more to the JD-U, as in the last two decades Nitish Kumar had successfully connected a large section of the OBCs and EBCs with the JD-U. Hence, neither the 2014 general election nor the 2015 assembly election can be taken as reference points to predict the impact these parties may bring to this election - in terms of improving the chances of the Mahagathbandhan and causing damage to the NDA.

For the RJD, the biggest challenge in this election has been the absence of Lalu Prasad. It is contesting an election for the first time in his absence. There has been clear impact of his absence being felt, there is lot of dissidence in the RJD’s first family, the party and the Mahagathbandhan. At many places, officially or unofficially, Mahagathbandhan leaders are contesting against the alliance’s official candidate.

As for Nitish Kumar, the biggest is that the Muslims seem to be unhappy with him for returning to the NDA. There is a general feeling in the community that under the Narendra Modi regime, intolerance has increased in the country. And so, at least in this election, the Muslims in Bihar seem to have made up their mind to not vote for any candidate who will help the BJP return to power in Delhi.

There is another worry — the possibility of losing a sizable chunk of the OBC and EBC support to the Mahagathbandhan through caste-based smaller parties like the RLSP, the VIP and the HAM. Hence, the JD-U in 2019 may not have the same strength as in the previous elections.

In an election with such diverse possibilities and with so many facts and claims to be tested afresh; any precise prediction of results may just go wrong. But a minute study of the ground reality reveals a few facts, and based on these facts it looks like there is a close contest in quite a few Lok Sabha constituencies. Tejashwi Yadav has, overtime, been able to contain the dissidence within the family, party and the Mahagathbandhan. He has also been able to keep the Yadavs with him in a majority of the constituencies by successfully creating a sympathy for Lalu Prasad among the Yadavs and a feeling that the Yadavs need to stay together. The RLSP and VIP seem to have been able to mobilise voters on caste lines in many constituencies.

It can be stated that the 2019 general election in Bihar will not be as easy for the NDA as it was in 2014. The NDA and the Mahagathbandhan may be anywhere between 28-22 seats and 12-18 seats respectively. There can be some surprising results as well. In some seats which are being counted as safe for the NDA, there is actually a close contest.

The results on May 23 will not only give the actual numbers, but will as well indicate which way the politics of Bihar is heading for.

It has been America’s worst kept secret: Sitting President Donald Trump has paid next to nothing over the past 15 years in taxes. In a damning report released by the New York Times 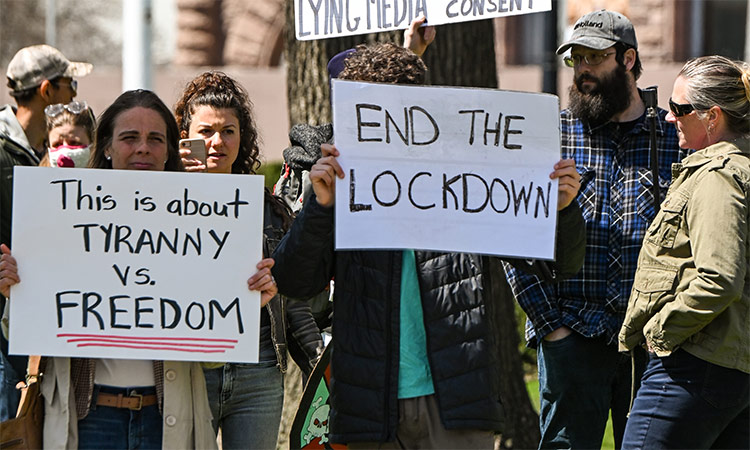 Can you be a feminist and support a lockdown?

Here we go again. As experts submit different letters to the UK government supporting existing restrictions related to the COVID-19 response, or encouraging the government 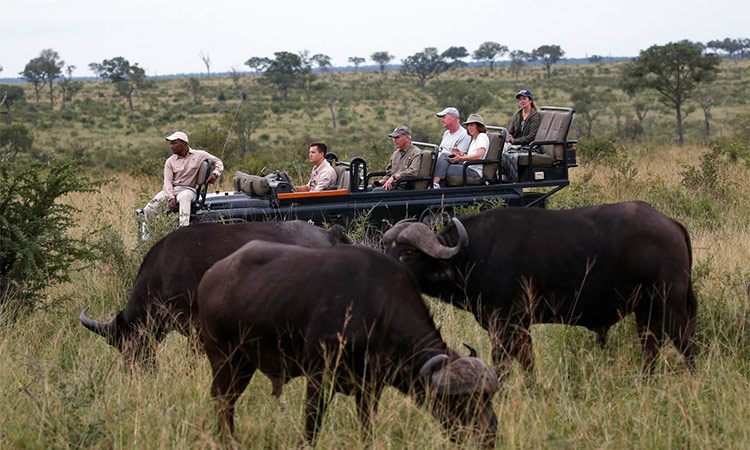 It takes more than tourism to help wildlife upkeep

Frequent travel is second nature in the world of wildlife conservation. We travel long distances for work and place great value on travel in our personal lives. I for one was looking forward to a special trip