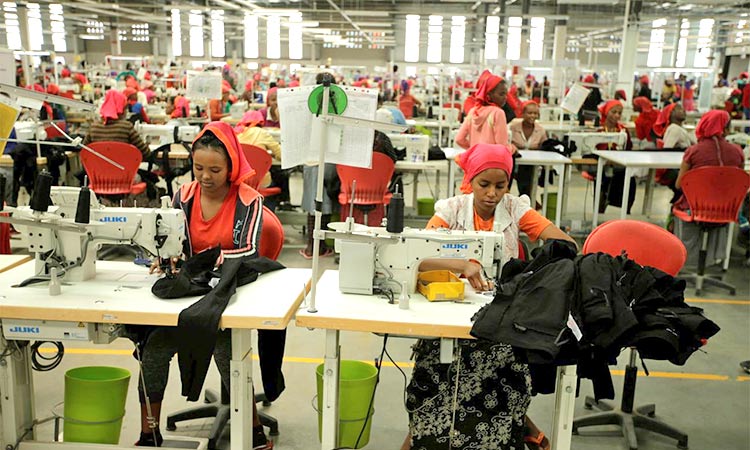 Garments workers at a factory in Ethiopia.

I will always wonder, now, when I wear an outfit from a brand, whether it came from impoverished workers such as those in Ethiopia who are forced to accept the paltry wages to make some living, if it can be called that.

The report isn’t shocking, because such reports have been coming in from those countries of the world to whom the better off countries source their haute couture. The people in these poor countries are often helpless people who have no food and clothing and the basics, and they are forced to work for sums that will not even buy them enough food, and bear up with the exploitation knowing very well that it is exploitation.

We live in a cruel world isn’t it? Imagine an H&M dress that costs €20 is the wage of an Ethiopian worker for an entire month. It’s such a stain on the conscience to wear such an outfit that the company procured at the cost of a hard month’s labour of an exploited and impoverished person in Ethiopia.

The fact that the Ethiopian Government is allowing this exploitation to take place without putting into place legislations for minimum wage put the citizens of Ethiopia at a very vulnerable position. The profits reaped by these clothing brands by attaching their label on an outfit made by an Ethiopian is a lot and sadly the Ethiopian behind the making of the shirt will never be known.