Give peace a chance in Afghanistan - GulfToday

Give peace a chance in Afghanistan 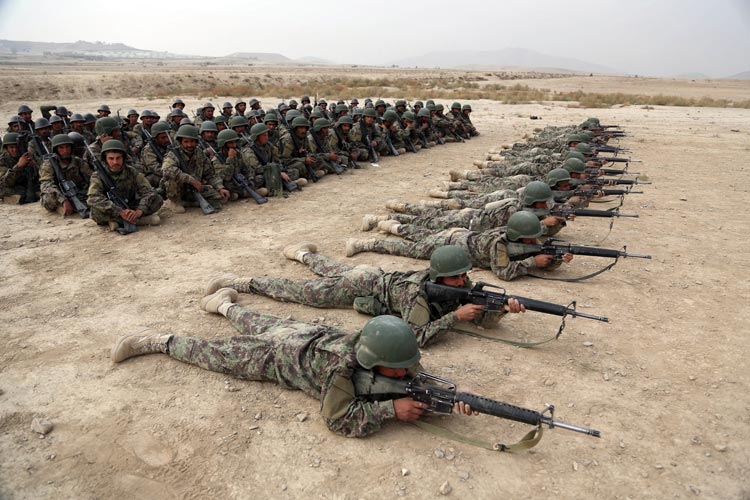 Afghanistan has been bleeding for years and the situation has to change. An entire generation of children has witnessed nothing but bloody violence. At a time when they should be studying in schools and playing in the gardens, the children have been bearing the brunt of senseless violence with no solution in sight.

In February, the United Nations Assistance Mission in Afghanistan (UNAMA) released devastating figures showing the direct impact of the conflict on civilians, with 3,804 deaths recorded last year, the highest number since the UN started keeping records ten years ago.

What will rattle human conscience is that 5,000 children in Afghanistan were either killed or maimed within the first three-quarters of 2018. Children make up 89 per cent of civilian casualties from explosive remnants of war, such as unexploded shells, mortars or grenades.

UN Special Representative in Afghanistan, Tadamichi Yamamoto, had informed the Security Council last month that even these figures do not capture the full human cost of the war.

Over half the population of the country lives under the poverty line and 13.5 million people survive on less than one meal a day, which was compounded by last year’s severe drought.

In this background, a historic “loya jirga” peace summit in Kabul that has ended with delegates from across Afghanistan demanding an immediate and permanent ceasefire — and President Ashraf Ghani saying he was conditionally prepared to implement one — should be seen as a positive development.

This week’s loya jirga, or grand assembly, saw about 3,200 religious and tribal leaders, politicians and representatives try to find a breakthrough in Afghanistan’s grueling conflict, which is now in its 18th year.

The rare summit, the first of its kind since 2013, saw emotions riding high as attendees shared tears, recriminations and at least one fist fight as they revisited the horrors of Afghanistan’s recent past, and contemplated peace.

The government of the Islamic Republic of Afghanistan and the Taliban movement should declare and implement an immediate and permanent ceasefire, as delegates sought in a declaration at the end of the jirga.

Any attempt to help create conditions for peace and saving precious Afghan lives should be welcomed.

Last year the Taliban announced a three-day ceasefire at the end of the Holy Month of Ramadan after Ghani declared a unilateral truce for eight days earlier in the month.

It was the first formal nationwide ceasefire since the US-led invasion of 2001 and saw unprecedented scenes of reconciliation and jubilation across the country and raised peace hopes among the war-weary people. The ceasefire saw thousands of insurgents pour into cities across Afghanistan, enjoying ice cream and posing for selfies with security forces to celebrate.

The war in Afghanistan is America’s longest overseas military intervention. It has cost Washington nearly a trillion dollars and killed tens of thousands of people.

As the UN the Security Council stated recently, all parties to the conflict should seize the opportunity to begin an inclusive intra-Afghan dialogue and negotiations that result in a political settlement.