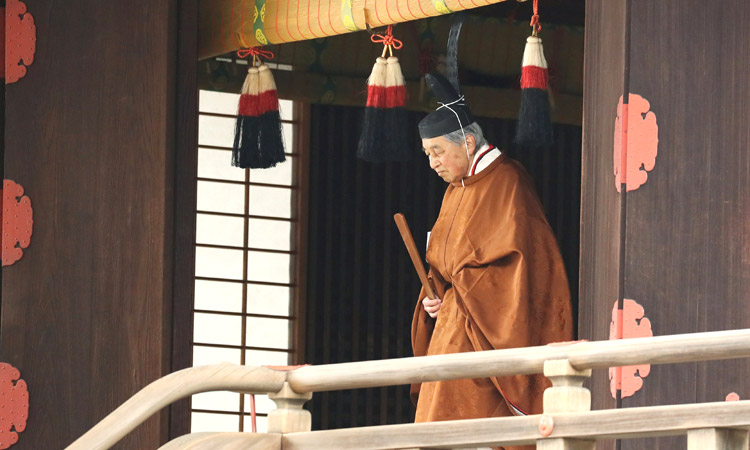 Akihito – the “emperor emeritus” (retired emperor), as he is now – was admired as something of a trailblazer. Turning away from the godlike history of his role, even marrying a commoner, he and Empress Michiko became known for visiting places affected by natural disasters, including the Tohoku earthquake in 2011.

The process of his abdication has drawn a lot of international attention, with the long-anticipated departure being the first desertion of the Chrysanthemum Throne in more than two centuries. The rituals of Japanese society at every level fascinate outsiders, from the performance of the tea ceremony to the daily linguistic acrobatics required to politely acknowledge the relative hierarchies at play in any conversation. Behind all the restrained but powerful pomp and ceremony, however, something is happening this week that affects everyone with a connection to Japan: the heralding of a new era.

I was born in June 1989, in the first year of the Heisei era (“Heisei gannen”), which ended on Tuesday. As of Wednesday, we are now in the Reiwa era (“Reiwa gannen”). This isn’t just an abstract or administrative quirk; it’s quite common in Japan to see the era referenced instead of the year – not 2018, but rather “Heisei 30”. All Japanese people, and anyone living in Japan, will have an awareness of what the current era is, what year of that era we are currently in, and in particular how that relates to significant dates like their birthday.

The new era is being heralded in various ways. The traditional Golden Week holiday has been extended to be 10 days, with lots of people returning to their family homesteads. There was a special countdown programme on television, not dissimilar to the programming shown during the three-day Japanese new year holiday. I was talking to a friend of mine this week on how he feels about the dawn of Reiwa. He confessed to me it had, to his surprise, made him start thinking about his future and the fact he wants to get married. Another of my friends told me she hopes the Reiwa era is “full of happiness”.

Even for non-Japanese people like me who have an emotional connection with Japan – I have lived there and have many friends in the country – I have found myself quite struck by the impact of Reiwa. I find myself reflecting on the fact this is the first time such a shift has occurred within my lifetime. I was born in the first year of Heisei and I have only ever known Heisei – until Wednesday.

There is something almost otherworldly about the way the era system works, echoing as it does through the various waves of history in the Japanese islands. Even the Showa emperor was, until after the war, revered as being descended from the sun goddess Amaterasu Omikami. The tradition of era names stretches back much further, although the name hasn’t always changed only with a different emperor – it used to alter a lot more frequently.

It’s an ancient tradition but I’m fascinated by how, even in observing it, Reiwa already feels like a very modern era in some ways.

It could be interpreted as being a statement of Japanese national identity, with the word having its roots in Japanese literature. This marks a digression from the previous names, which have often been rooted in Chinese texts and traditions. The abdication of an 85-year-old emperor is a reflection of modern Japan – a Japan where the population continues to age rapidly and studies suggest young people are simply not having as many children as they used to.

Watching Akihito performing his solemn abdication ceremony, it would be easy to see this all as meaningless fluff; an old ritual being observed simply because it always has been this way. With the dawn of Reiwa, however, comes a chance for a new start, and the beginning of an exciting new chapter in this country’s story. I feel privileged to participate in my small way. 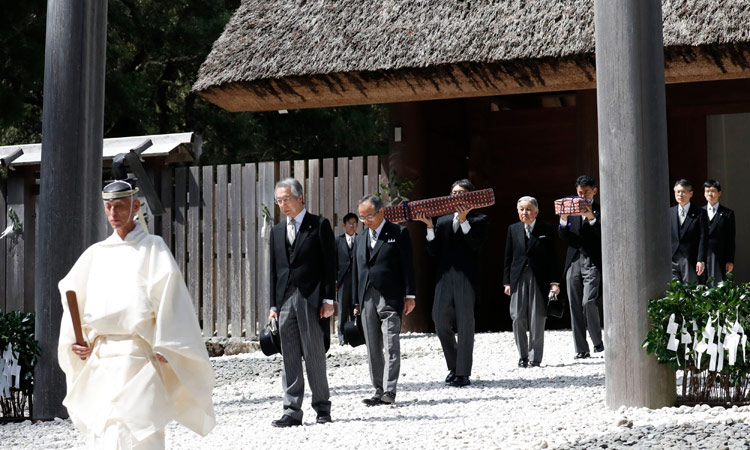 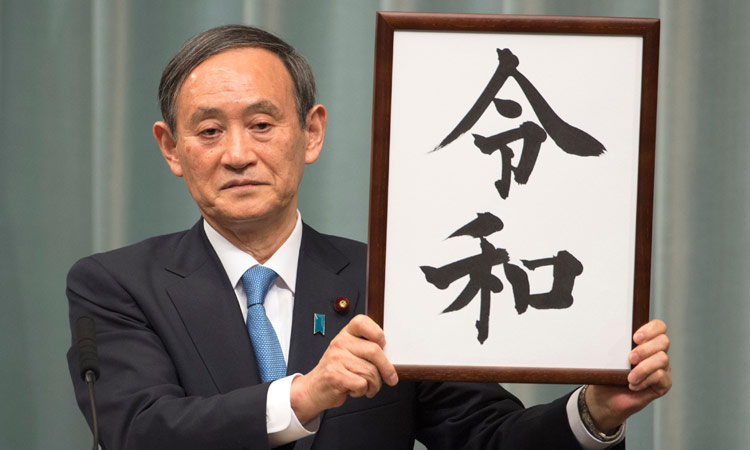