Why Americans should read the Mueller report - GulfToday

Why Americans should read the Mueller report 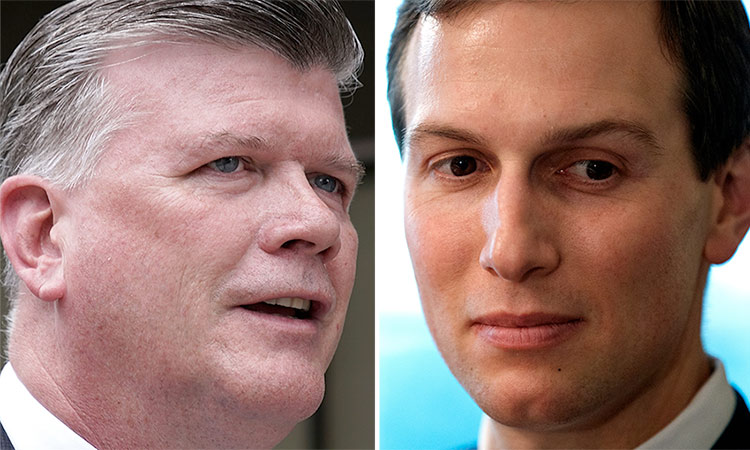 Robert Mueller’s report landed with an anticlimactic thud. It seems to have changed no one’s mind or made anyone particularly happy. If you believed that President Donald Trump was guilty of collusion and obstruction before the report came out, you probably still do. And if you didn’t believe it before, you still don’t.

But how many of us have actually read the report? At nearly 450 pages, it’s a bit of a lift. But it’s a fast read. Many pages are heavily redacted; some are completely blacked out. Further, the text on many pages is limited by extensive footnoting.

So here’s a fine civic exercise: All Americans should set aside partisanship, as best they can, and carefully read the report that has been the focus of so much attention. That’s what I did last week. Here’s some of what I found:

If you’ve followed the investigation for the last two years, you will see things in the report that you already know. But Mueller’s cohesive narrative describes, organises and contextualises the complicated events surrounding the 2016 election in a helpfully lucid way. The report doesn’t read like a witch hunt, hack job or hoax cobbled together by partisan Democrats. The prose depends heavily on sworn testimony, corroborating witnesses and supporting documentation — thus, the extensive footnoting.

In fact, Trump-haters may be disappointed in the rigor with which Mueller makes the “no collusion” case. A good example of this is Mueller’s treatment of the infamous June 9, 2016, Trump Tower meeting, which on its face looks like a collusion slam dunk. High-ranking members of the Trump campaign — Paul Manafort, Jared Kushner, Donald Trump Jr. — met with well-connected Russians promising “dirt” on Hillary Clinton.

But beginning on page 180 of Volume I and continuing for about 10 pages, Mueller scrupulously details why the meeting — inadvisable as it might have been and despite attempts to cover up its true purpose — could probably not be successfully prosecuted as conspiracy. This may disappoint Trump’s opponents, but it underscores the nonpartisan standing of the report. But here’s the most important takeaway from the report: The amount of Russian involvement in the 2016 election is staggering, far beyond Jared Kushner’s characterization last week when he called it “a couple of Facebook ads.”

No, Russian meddling in the election was extensive, well-funded and thoroughly connected to the highest levels of the Russian government, as the Mueller report scrupulously documents. And high-level operatives in the Trump campaign, wittingly or unwittingly, had many connections to the Russians. Clearly Russian interference impacted the election, but we’re unlikely to ever know for sure how much it skewed the outcome.

This is important because not much has been done to prevent future meddling. Last week the New York Times reported that Kirstjen Nielsen, recently fired homeland security secretary, was thwarted in her attempts to raise the issue of Russian meddling in future elections. Trump just doesn’t want to hear about it. Thus, we’re still vulnerable.

The report helps us understand other events, as well, for example the infamous press conference at the Helsinki summit in 2018. The two men on the stage, Putin and Trump, shared more or less the same knowledge about Russian interference in the 2016 election and more or less the same goal, to keep it a secret. Putin, smug and self-satisfied, has no compunction about lying; in fact, he’s probably not particularly worried about being found out. Trump, on the other hand, is desperate to keep secret the contacts between his campaign officials and high-ranking Russians; he had already tried to fire the special counsel investigating the links.

Trump’s fawning equivocation — “I don’t see why it would be Russia” — serves the same end as Putin’s bald-faced lie. Is this collusion? Coordination? Conspiracy?

It doesn’t matter. Both men clearly knew how to work together to hide the truth. And hiding the truth is the theme that links the Russians and Trump campaign throughout the Mueller report. Give it a read.