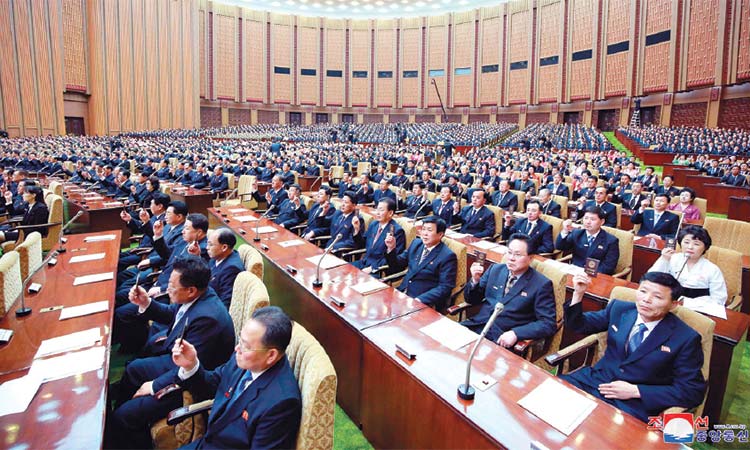 A mysterious group called Free Joseon — or Free North Korea — has broken Pyongyang’s seven-decades-long record of untouchability and trampled on its greatest taboo: The “Supreme Dignity” Kim Jong Un must never be desecrated.

U.S. authorities have filed a criminal complaint alleging the dissidents used force and abused embassy staff during the Madrid action. Free Joseon denies the charges. For the U.S. to accept what is essentially a North Korean version of the events is to effectively defend the Kim regime. It sends the message to Pyongyang that its egregious crimes lie beyond the concern of the world’s presumptive champion of freedom and democracy.

The U.S. must not do Kim’s bidding. Our extradition treaty with Spain provides for a refusal to extradite if we regard the offense in question as political. The North Korean Embassy breach surely was that, and the US should seek to protect the dissidents rather than hand them over to Spain.

Orwell’s satire stopped short of intimating hope of resistance. But Free Joseon, in breaking the North Korea taboo, has reaffirmed a crucial tenet of liberalism: To stand up to tyranny in the name of freedom is not only not a crime, but also a right and duty. The United States should not quash this hallowed principle.