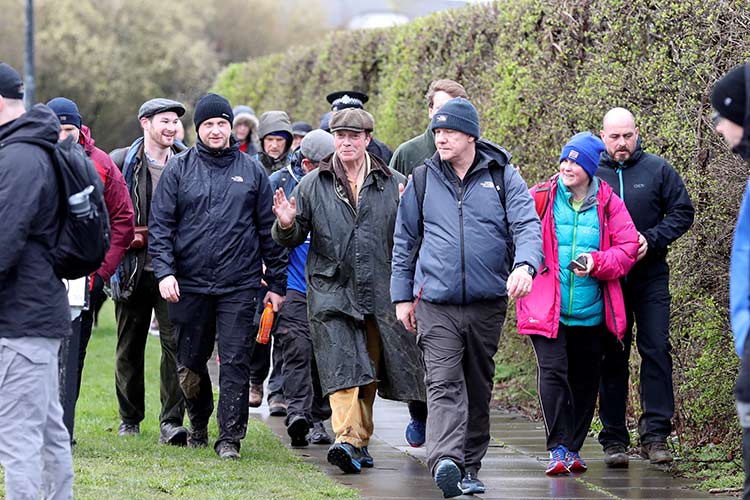 Politics is going round in circles. Five years ago, Nigel Farage emerged triumphant from the European parliament elections, after Ukip won the most votes and seats.

David Cameron, spooked by Ukip’s threat with a general election looming, had already announced an in/out referendum on EU membership. But the 2016 referendum verdict has been undeliverable, and now history is repeating itself.

It is May’s bad luck that the next European parliament elections take place next month. After delaying its departure, the UK must take part, even as it stands at the exit door.  And who has emerged from the shadows? Enter, stage right, Farage.

Ukip has pressed the self-destruct button, so he has a shining new vehicle in the Brexit Party. Farage is confident his party will sweep the board at the 23 May elections. Again. Many Tory MPs agree. Far from coming round to May’s deal during their Easter break as she hoped, they have returned to Westminster just as spooked by Farage as Cameron was. Plenty of their own local party members will vote for the Brexit Party. This is significant: true blue Tories are normally ultra loyal to their tribe.

The second coming of Farage, the delay to Brexit and May’s decision to talk to the enemy in Jeremy Corbyn have left Tory members venting their anger at her. A survey of 1,200 grassroots members by the Conservative Home website published today gives May the worst satisfaction rating it has ever recorded for a Tory politician.

The old maxim is that the Conservatives have only two states – complacency or panic. Farage has induced panic mode, again. Grassroots Tories have mustered enough support among local party chairs to call a special meeting, at which they will likely pass a symbolic vote of no confidence in May.

Although she could shrug that off, a more immediate threat looms at Westminster. Leaders of the 1922 Committee of Tory MPs will discuss changing their rules so May can face a confidence vote as party leader in June, six months after the last one, instead of having to wait for a year.

Last night the 1922 executive was split down the middle and could not reach agreement. In fact, the real argument is not about the rulebook. Hardline Brexiteers are using the proposed rule change as a lever with which to prise her out of Downing Street. As one Tory MP put it: “She needs to match her promise to stand down if her deal is passed, by saying she will go in the next few months if it is not. Otherwise we are stuck in this limbo.”

Sir Graham Brady, the 1922 Committee chair, is a loyal traditionalist wary of changing the rules in mid-game. He might extract a firm departure date from May in return for putting the rule change on hold, so she avoids another confidence vote – and potentially a humiliating exit.

Her Eurosceptic critics want her gone by before the six-month EU membership extension expires on 31 October. They believe a leadership contest this summer, without Brexit being resolved, would boost Boris Johnson’s prospects.

His team is winning some support from Tory MPs who have previously resisted Boris’s charm offensive, and found him more offensive than charming. Team Boris insists he is the candidate to win back the Leave voters who have deserted the Tories since the March leaving date was missed. It points out that the marginal seats the party needs to gain or defend at a general election are largely in areas which voted Leave in 2016. It is urging grassroots activists to put pressure on MPs not to keep Johnson off the shortlist of two who then go into a ballot of the party’s 120,000 members.

If Boris were blocked, then Eurosceptics believe that Dominic Raab, the former Brexit secretary, would come to the fore. The timing of the contest will be crucial: would-be successors in the cabinet want May to hang on until after Brexit is finally resolved.

But the pressure on her to depart soon is growing. This means there is a strong chance her successor will demand the EU scraps the Irish backstop, and threaten to leave with no deal if it refuses, which it will. So the Tories would become a no-deal party – official.