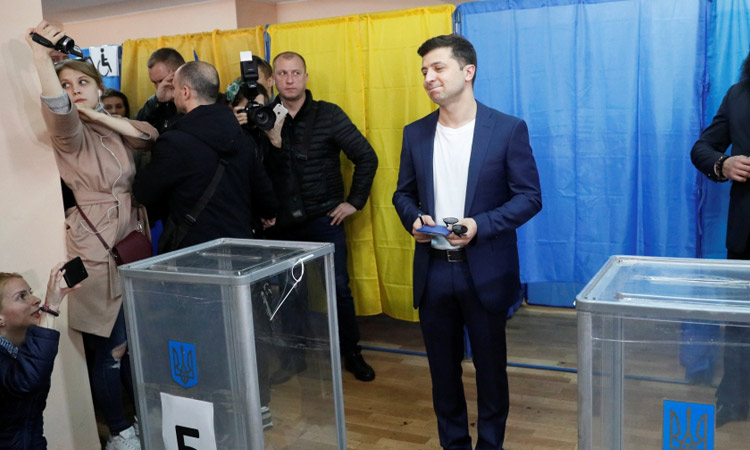 Volodymyr Zelensky during a press talk.

Volodymyr Zelensky’s landslide victory in the Ukrainian presidential elections has gone a step further in testifying that truth is stranger than fiction. Is this the new normal? I wonder (“A twist on the new era of populism,” April 23, Gulf Today).

Why should we be surprised when a comedian who played an accidental president in the satirical TV serial is today the president of the country? Aren’t we living in an age of ‘political clowns’? As the narrative says ‘today, art does not imitate life; rather, no effort is spared in the task of convincing the viewing public that, given enough will power, life will imitate art.’

This is what it has come to, but seriously it is no laughing matter. Because of what I know of Zelensky, he has no political acumen. With that background he was wise enough to avoid media interviews. But, now he will be in the hot seat, governing a country.

Is the Ukrainian story an isolated case? Not at all, because as the author rightly points out ‘politics is synonymous with “dirty business”, personalities not mired in its wheeling and dealing are perceived as “clean”. Electing unknown leaders to power is a gamble. And in this case, if the plot fails, sadly the joke will be on the Ukrainian people.