Can Macron use this moment to unify France? - GulfToday

Can Macron use this moment to unify France? 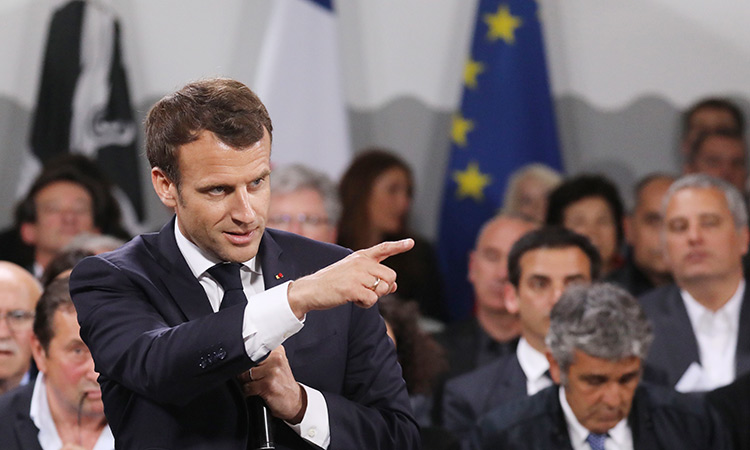 The horrific image of flames consuming the roof of Notre Dame Cathedral has already become a powerful symbol for those who endorse French and European unity — and for those who proclaim Europe’s decline.

It’s no surprise that the partial demise of this iconic medieval marvel, the centerpiece of Paris and one of the world’s most beloved tourist attractions, would stir powerful emotions. As French President Emmanuel Macron put it: “Notre Dame is our history, our literature, our imagination ... the place of all our great events, our wars, our liberations, the epicenter of our lives.”

Completed in the 12th century, the cathedral survived the French Revolution, the uprising of Paris Commune in 1871, and Hitler’s (thwarted) command to burn Paris to the ground. The crumbling cathedral was renovated after Victor Hugo’s immortalised it in 1831 in his novel Notre Dame de Paris (translated as The Hunchback of Notre Dame). And in 1944, Charles de Gaulle celebrated the Liberation of Paris at the cathedral.

But what is so striking is how quickly the wounded structure has been appropriated into dueling narratives as to whether France and Europe are on the cusp of destruction, or whether they can be saved.

So far the natterings of negativity about Notre Dame have come mainly from outside France. Although Vladimir Putin offered to send experts to help restore Notre Dame, Russian social media and talk shows on state-TV channels labeled it a sign of “the decline of Europe,” and linked it to ongoing “Yellow Vest” demonstrations against fuel price increases, or to Muslim immigrants. The state-funded RT television network initially tied the fire to previous vandalism in French churches.

Meantime, several well-known right-wing US media personalities and websites, including Glenn Beck and Gateway Pundit pushed conspiracy theories, based on zero evidence, that the fire was set by Muslim terrorists. Even though French police said it was an accident.

But in France, the massive outpouring of grief and silent vigil by thousands nearby the cathedral — by religious Catholics and secular citizens alike — was seized on by Macron as an opportunity to unify the nation after months of antigovernment demonstrations. He called on the French to “transform this catastrophe into a moment to become better” and to “rediscover ... what unites us.” “He understood on Monday night that it was extremely important for the French people, so he rushed to the scene,” recalled Sylvie Kauffmann, editorial director of Le Monde, by phone from Paris. Macron canceled the address he had been scheduled to give to the nation that same night — on the results of his weeks-long dialogue across France on the issues raised by the Yellow Vest protests. “Instead,” says Kauffmann, “he decided to extend this moment of unity.” The next day Macron pledged to rebuild the cathedral in five years, as political parties declared a brief truce in the run-up to European Parliament elections. But how long can the symbolic value of Notre Dame’s unifying power last?

There is no question that Notre Dame “is a symbol beyond religion of France’s national unity,” says Benjamin Haddad, director of Atlantic Council’s Future Europe Initiative.

But for the moment, the prospect of restoring Notre Dame has brought France together and offered Macron a chance to remake his haughty image. French people can also focus on the miracle that precious relics and carvings and the cathedrals stone frame and towers were saved, rather than destroyed.

“We’ve all been talking about this, Notre Dame, and how we will rebuild,” says Kauffmann. “We French ourselves are surprised at the huge outpouring of emotional reaction, even in Europe.” So Notre Dame as a symbol of possible resurrection offers Macron, and France, a great opportunity if they can use it. At Easter that is the most potent symbol of all.