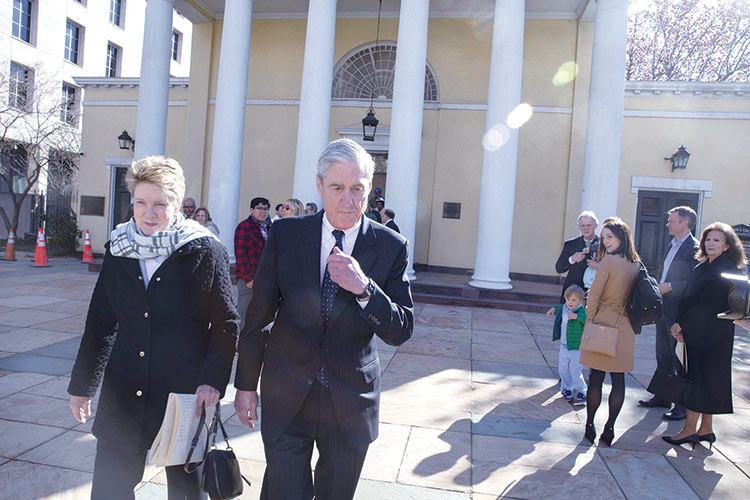 Congressional Democrats on Thursday claimed ownership of the obstruction of justice investigation into President Donald Trump, vowing to pick up the inquiry where special counsel Robert S. Mueller III’s report left off.

“It was probably written with the intent of providing Congress a roadmap,” said House Judiciary Committee Chairman Jerrold Nadler. Attorney General William Barr on Thursday released a redacted version of the 448-page report, marking the end of the Justice Department’s two-year investigation and the start of a new chapter, this one controlled entirely by Trump’s political opponents in Congress.

Democrats lambasted Barr’s redactions of the report and particularly a four-page summary he released last month. They said Barr — acting to protect the president who appointed him — masked key findings in the fuller report, omitted evidence of potential obstruction and improperly concluded that the president did not illegally interfere with the investigation into whether his campaign conspired in Russia’s 2016 election meddling.

Speaker Nancy Pelosi, and Senate Minority Leader Charles E. Schumer, said Barr’s “slanted March 24th summary letter, his irresponsible testimony before Congress” and the fact that he held a news conference Thursday morning before the report was released “have resulted in a crisis of confidence in his independence and impartiality.”

Barr misled the public, they argue, when he said a Justice Department policy that a sitting president cannot be indicted did not play a role in Mueller’s refusal to decide whether Trump obstructed justice. Mueller cited it as one of several considerations.

They also said Barr wrongly suggested that Mueller left to the attorney general the decision on whether to prosecute Trump for obstruction. “It is now apparent that the special counsel expressed no desire to have Barr make that decision himself,” said a joint statement from six House committee chairs. “Instead, as the special counsel undoubtedly anticipated, it must fall to Congress to assess the president’s improper, corrupt and immoral conduct in an effort to obstruct the investigation.”

The immediate congressional response to the long-awaited report was somewhat muted, with Congress out of session and lawmakers scattered around the country and the world on official trips. Many lawmakers released only written or tweeted reactions. Still, Democrats said they will subpoena the full, unredacted Mueller report, demanded that Mueller testify before Congress by next month, and have already begun further investigations into Trump and his political and corporate allies.

Many felt emboldened by Mueller’s legal analysis that Congress has authority to investigate and potentially act upon the information he compiled. Mueller refuted legal arguments asserted by Trump’s attorneys that a president’s exercise of any executive power granted under the Constitution, such as pardoning or ending an investigation, cannot constitute illegal obstruction. If done for “corrupt” reasons, Mueller concluded, even presidential powers can be reviewed.

“We concluded that Congress has authority to prohibit a president’s corrupt use of his authority in order to protect the integrity of the administration of justice,” the report said. Republicans in Congress rallied around Barr’s characterisation that the investigation found no evidence that Trump or his campaign colluded with the Russians or that the president obstructed justice in the course of the investigation. The idea of impeachment has largely subsided because Mueller did not find evidence that would prompt bipartisan calls to remove the president, something Pelosi said would be needed for her to pursue it. Nadler on Thursday said impeachment was merely “one possibility” of where Congress’ investigations may lead.

House Intelligence Committee Chairman Adam B. Schiff, said impeachment should not be the only standard. Not all Democrats agreed. Rep. Alexandria Ocasio-Cortez, said the report “squarely put” impeachment “on our doorstep.” She said she would sign on to an impeachment resolution.