Victory awaits Corbyn if he can seize the day - GulfToday

Victory awaits Corbyn if he can seize the day 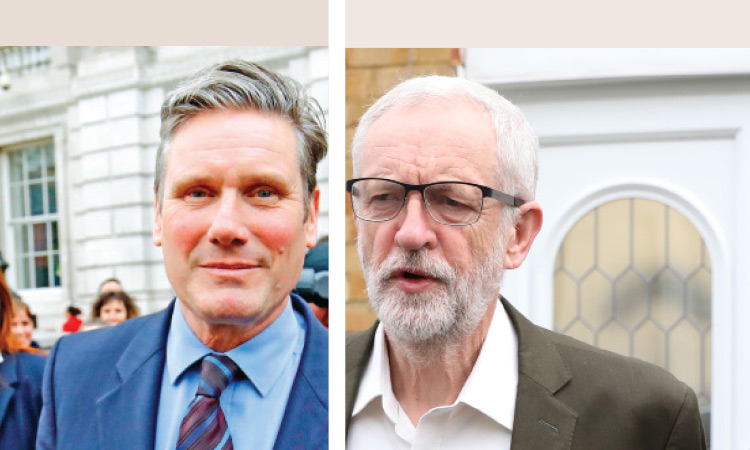 I have always been sceptical about Jeremy Corbyn, but I have to give him some credit for his handling of the Brexit crisis. Which is to say he persistently made it worse while pretending to make it better. It’s masterful, in its way.

A few steps more and he’ll have built himself the best base for a Labour election win for about 20 years, and maybe even longer. I’m not actually looking forward to that, mind you, but he does now have the chance to drive a stake through the heart of Brexit. As Michael Heseltine observed a while back, we might recover from a Corbyn government, but not from Brexit. There’s the winning argument.

You might not expect a great socialist revolution to kick off in Llandudno, a coastal town in north Wales, but so it seems. This was where Corbyn addressed the Welsh Labour conference, hinting that he is not about to breathe life into the undead and help to pass some version of Theresa May’s bill through the Commons. Despite ongoing negotiations with the Tories, he said: “Theresa May’s discredited deal reflects the kind of country the Tories want to create: a harsh society where wealth and power is hoovered up by a privileged elite, rather than shared fairly by the majority.”

If all goes to plan, Corbyn could be about to kill Brexit, crush the Tories in the European elections, and win the best share of the vote for Labour in half a century. Quite something for a man who was laughed at not so long ago. All he needs to do is unequivocally to promise a second referendum and scoop the Remain vote. Better still he should simply back Remain, given where we now are.

Adding to the signs May’s deal is dead in the water, Keir Starmer is also making things tricky by insisting on a confirmatory referendum. Even if the Tories conceded a customs union, entrenched certain single market rules in law and promised not to let chlorinated chickens into our pristine kingdom, Labour should and seemingly will still insist on a confirmatory referendum.

But then what? Would Labour have to campaign with May, Liam Fox and Michael Gove for this new Labour/Tory Brexit? Does collective responsibility extend to this frontbench deal? Or would Labour MPs and its frontbenchers be permitted to campaign for Remain in that second referendum?

It doesn’t seem to make huge sense. It would be more logical and simpler to pass the May deal just as it is but conditional on a proper referendum with Remain as an option. In which case Labour could campaign for Remain, preferably with a bit more energy than the lukewarm effort last time.

Though I am reminded of what the mellifluous Barry Gardiner said recently. As starkly as can be, he said: “Labour is not a Remain party.” Which I think means it is a Brexit party. Except it isn’t. Well in advance if the next referendum, and certainly in the European election manifesto, Labour will have to say whether it is a Remain party – albeit subject to a Final Say public vote on Brexit. That should do the trick, and boost the Labour vote towards 50 per cent – far higher than Tony Blair managed and not seen since the last time England won the World Cup.

And yet I worry that Corbyn, the ball at his feet, will miss the open goal. In Llandudno he started coming out with his lines about the real divisions not being between Remainers and Leavers but between the “many not the few”.

We know, we hope, that Labour is now at last a second referendum party. But could Labour be a Remain party? And Mr Corbyn a Remain leader? A Remain prime minister? I’d like to believe so, and that he is not in fact the most closeted Leaver in Britain.