A false narrative about hard work and the US - GulfToday

A false narrative about hard work and the US 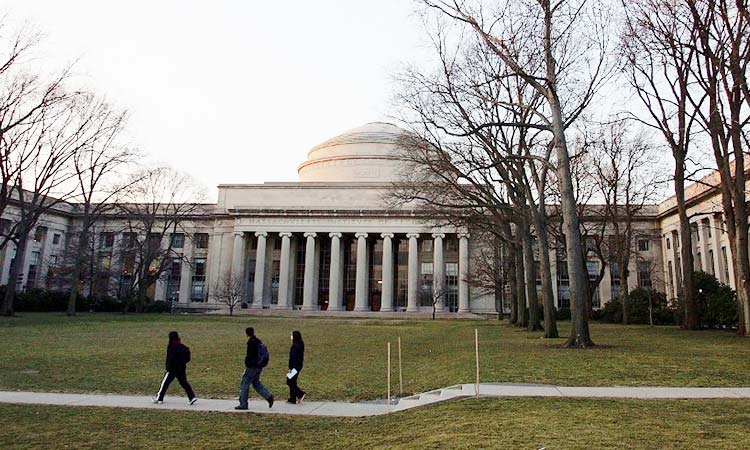 Maclaurin Building is shown on the campus of the Massachusetts Institute of Technology. AFP

If someone tells you they went to a top university—say Harvard, Yale, Stanford or MIT—the typical response will most likely include an exclamatory “Wow!”, or “Oh!”, accompanied by a raising of the eyebrows and simultaneous approving nod. If you yourself did not attend one of these elite institutions then a subtle but tangible power dynamic is silently created. There is instant signaling and an unspoken understanding between two people, where both silently acknowledge the superiority of the Ivy League grad, thanks to nothing more than a reference to an academic pedigree. The merit of the pedigree, until recently, wasn’t often questioned.

Thanks in large part to the Operation Varsity Blues scandal, however, we are finally coming to terms with the more important truth behind the scheme, which isn’t about some shameless adults buying their way into important intuitions – politicians have done that forever. Our political system is rife with people who are elected officials only because they had the family money to put behind prohibitively costly election campaigns.

For me, the most important part of the Operation Varsity Blues scandal is that while legacy admissions may be an important part of continuing to fund these institutions, many more young people than previously thought are attending schools that they quite simply don’t belong in thanks only to the wealth of their parents. The students caught in this scandal are the result of the snowplowing parenting style of their progenitors and are mediocre pupils at best, with little to nothing to offer society. Nevertheless, they are rich and highly connected and in America money still talks.

I am also guilty. I have met plenty of graduates from top universities over the course of my life and I have always subtly treated them as somehow inherently better than myself. I would have never admitted that out loud, but I believed it. But this is because my whole life people who went to such schools were always presented to me as “better”; the weight behind the university name dropped in conversations among my friends’ parents and other adults was always apparent: “Her daughter got into Yale!” That statement in itself meant the entire family was now superior and everyone knew it.

The idea that elite schools are only for the best and brightest is a narrative that parallels the other false narrative about America where you can “pick yourself up by your bootstraps” and where “anyone can be successful if they work hard”. It is a lie that Americans and immigrants to the US have been fed for centuries: that those who get into top schools “earned it”, while others either didn’t work as hard or weren’t as smart.

Universities matter more in the US than anywhere else in the world I have lived or visited, and that has been made clear to me my entire life. At my Denver public high school, my senior year classmates posted their name and the university they got into on a wall of fame board in the hallway of my school. People “ooh’d” and “ahh’d” over the Berkley, USC, Harvard and Yale admissions letters. Those of us who didn’t get into top schools were left mildly humiliated, our mediocrity exposed to the world. We were clearly destined to be nobodies.

During my embarrassingly short-lived career as an associate attorney at a top national law firm, I quickly found out that I was being paid tens of thousands of dollars less than another new hire at my same junior associate level, only because she had gone to a “better” law school than I had. The partners that I worked for had been able to see beyond my diploma, but the rest of the hiring partners hadn’t. I quit.

Now, in the case of my high school, most of the students that got into top schools definitely earned it – I can say that because I knew them personally. But they were in the minuscule percentage of persons who make it into elite universities without money or connections, or both. Our conditioning to treat acceptance to such schools as the equivalent of celebrity status is wrong and harmful in terms of education and national development. We overlook some of the best and brightest while we push ahead others who don’t deserve it: undoubtedly a suboptimal system for improving as a society.

If nothing else comes of this scandal, let’s start to look more closely at the qualities of the people in front of us, and not merely their academic pedigree, before we judge their capabilities and their merit in the incredibly unfair rank-order system of our present society. 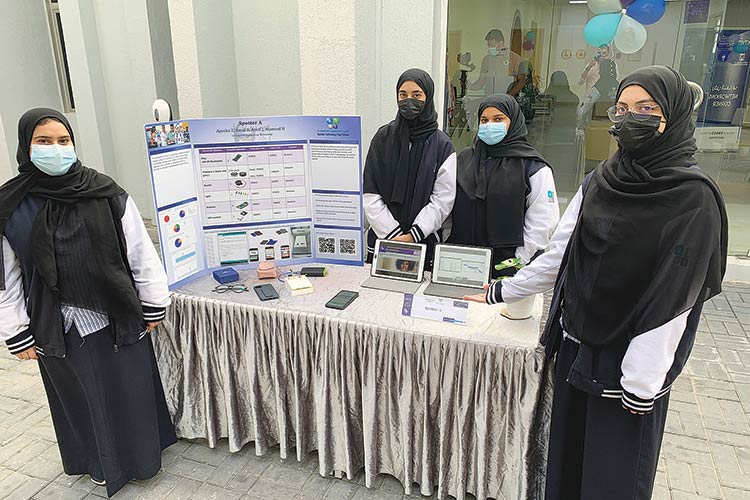 A team of four Emirati girl students of the Secondary School of Applied Technology in Abu Dhabi invented a smart device which can be connected to a phone application designed to track and search for lost items via Bluetooth, which helps people find their lost items such as jewellery boxes, computers or any valuable items. When finding a lost item, it releases a light and sound alarm.