If Trump looked at the facts, he would want the US-Mexico border opened entirely - GulfToday

If Trump looked at the facts, he would want the US-Mexico border opened entirely 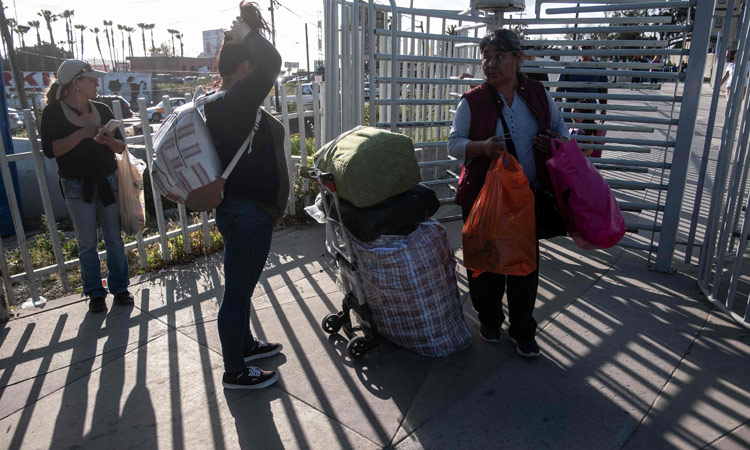 From 1975 to 2015, no one on US soil was murdered or injured in a terror attack by an illegal border crosser.

Last week, President Trump threatened to shut down the “border, or large sections of the border” unless Mexico stops “all illegal immigration coming into the United States through our Southern border.” This comes on the heels of $1 billion in Pentagon funding for new wall construction, all on top of the 600 miles of fencing on the US-Mexico border that stands already — a product of the 2006 Secure Fence Act.

Before getting his funding, the President vetoed a congressional resolution that rescinded his national emergency declaration at the border, saying that rejecting the border fence is “dangerous” and “reckless.” Apparently, the Pentagon agrees. While there are important worries about executive overreach here, not even a more traditional route of policy-making could justify closing the borders or building new fencing.

The idea that closed borders and more fencing will increase border security isn’t supported by the facts. In his State of the Union address, Trump made this argument when he credited the decline in El Paso’s violent crime rate to the local border wall. But El Paso’s violent crime rate had already fallen 34 per cent from 1993 to 2006 — the year George W Bush authorised the wall.

Meanwhile, welcoming immigration works. In 2009, only a year after the local border wall began construction, journalist Radley Balko explained how El Paso — then the third safest city in the country and currently the seventh safest city— proves common stereotypes wrong. To immigration restrictionists, El Paso could look like a recipe for violence and anarchy: it has the seventh largest immigrant population of any American city. Its population is over 75 per cent Hispanic and over 25 per cent foreign-born and its poverty rate is twice the national average. Many residents are likely undocumented. Yet Balko found that “El Paso›s embrace of its immigrants might be a big reason why the low-income border town has remained one of the safest places in the country.”

IImmigrants are unlikely to engage in criminal behaviour because the risk they take on in the search of a better life is enormous. This is why immigrants tend to be interested in building communities and earning a living—not criminal activity they could’ve easily engaged in back home. Yet in El Paso we have a border wall that denies people the opportunity to be with family, find work, or be part of their communities.

The border fence punishes people for their place of birth, without any gain to security. Walls force immigrants into dangerous illegal crossing routes—routes which kill over 4,000 people every decade. Many more immigrants just don’t make the journey because of the risks—risks imposed not only by walls, but immigration quotas, labyrinths of bureaucracy, border patrol, and other impediments only consistent with a nationalist moral calculus.

Open borders would get rid of the immigrant-killing hurdles in their way. Immigrant lives matter, and they should be part of the policy discussion.

The idea that free immigration would invite terrorism into our nation is faulty at best. Indeed, terrorism risks are greatly inflated for political gain. From 1975 to 2015, no one on US soil was murdered or injured in a terror attack by an illegal border crosser. Of the 154 foreign-born terrorists since 1975, just 10 entered the US illegally (only three of which crossed the US-Mexico border, and as children), 54 were lawful permanent residents, and the rest entered through other legal means such as tourist and student visas.

In other words, the door is already open to most of the terrorists trying to get in. It’s easiest to enter through legal channels, and further impediments at the US-Mexico border wouldn’t have prevented any terrorist violence since 1975. So by opening the border, law enforcement could focus more resources on real threats.

Why, then, should there be any coercive barriers at all? As economist Alex Tabarrok argues, “all people should be free to move about the earth, uncaged by the arbitrary lines known as borders.” As radical as it sounds, open borders is the morally imperative position.

Don’t let the Trump administration and its shiny, new Pentagon-funded wall fool you. Tearing down the wall is a common-sense position rooted in the security of Americans and foreigners alike. The rest of the US should take a lesson from El Paso and embrace immigrants, because the key to safer communities isn’t a closed border — it’s an open hand.