Will of Algerian people should prevail - GulfToday

Will of Algerian people should prevail 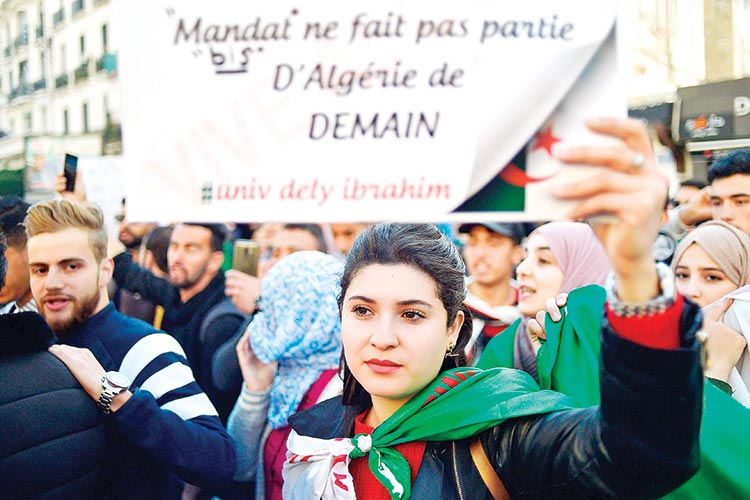 A peaceful and democratic transition that addresses the genuine concerns of the Algerian people.

Algerian President Abdelaziz Bouteflika’s decision to resign before his mandate ends on April 28 is a step in the right direction. A peaceful and democratic transition that addresses the genuine concerns of the Algerian people will be the best way forward.

For the past several weeks, thousands of protesters have taken to the streets not only in Algeria but also in cities like London. Several close allies, including some members of the ruling FLN and union leaders, have abandoned Bouteflika.

It’s good that the president has indicated he would take steps to ensure state institutions continue to function during the transition period. The statement on Bouteflika’s impending resignation itself came after he named a new government, made up mainly of technocrats under recently appointed premier Noureddine Bedoui.

The frustration of common Algerians is comprehensible as increasing unemployment, political uncertainly and other economic issues pose huge challenge. Hence, the protests need not necessarily be seen as directly aimed at the leader, but at the present system, which has not apparently matched the aspirations of the common people.

Bouteflika is Algeria’s longest-serving president and a veteran of the independence struggle who has stayed in power for some 20 years despite ill health.

It should not be forgotten that Bouteflika had helped foster peace after a decade-long civil war in the North African country in the 1990s, which killed nearly 200,000 people. “I am the whole of Algeria. I am the embodiment of the Algerian people,” he had said in 1999, the year he became president.

But in recent years, Bouteflika has had a history of medical problems. A stroke in 2013 affected his mobility and speech, and he has used a wheelchair ever since.

The leader is still popular among his supporters who insist that under his stewardship public and private investment created millions of jobs and dramatically lowered unemployment. However, a lack of opportunity continues to drive many Algerians abroad as youth unemployment remains high.

When the Arab Spring erupted in January 2011, Bouteflika rode out the storm by lifting a 19-year state of emergency and using oil revenues to grant pay rises.

Pressure for his resignation has been mounting from different quarters. On Tuesday, armed forces chief of staff General Ahmed Gaid Salah, who was appointed by Bouteflika himself in 2004, had said the president should either resign or be declared medically unfit to govern by parliament using its constitutional powers.

Key coalition ally the National Rally for Democracy headed by recently sacked prime minister Ahmed Ouyahia has called for Bouteflika’s resignation “with the aim of smoothing the period of transition.”

Under the constitution, once his resignation is tendered, the speaker of Algeria’s upper house of parliament, Abdelkader Bensalah, would act as interim leader for up to 90 days during which a presidential election must be organised.

The peaceful march through Algiers on Tuesday by hundreds of students indicates that Bouteflika’s statement has not reduced pressure for reforms.

At a time when Algeria is going through tough times, a transparent and peaceful transition of power is what the world looks for.

The voice of the people should be heard and their grievances addressed. All steps should be taken so as to offer hope to a young population impatient for a better life.