Is leaving the European Union of vital importance, or do we want to fix Britain instead? - GulfToday

Is leaving the European Union of vital importance, or do we want to fix Britain instead? 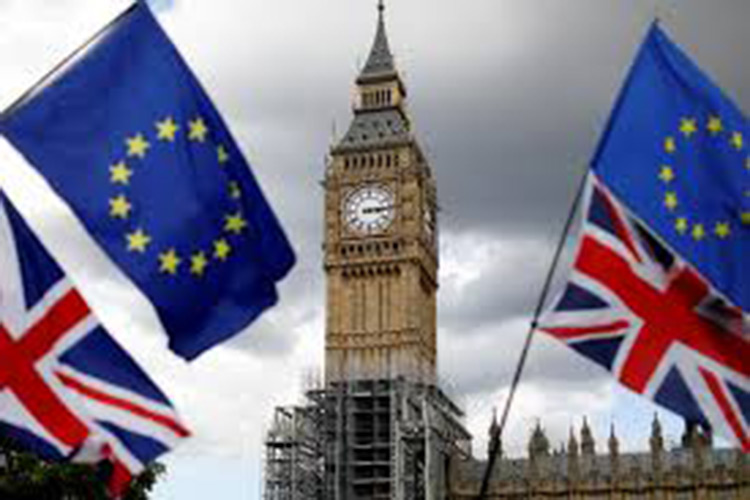 Many communities where most people voted for Brexit. File

Brexit is a black hole. For the past three years, it has been swallowing up politicians’ attention, parliament’s time, public money and the bulk of the news agenda. And it’s far from over.

If we do leave the European Union in the coming weeks, we face years of all-consuming trade negotiations, efforts to replace lost laws and yet more political infighting. But we don’t have time for any of that.

The world’s top scientists have warned that we’ve got 11 years left to halve global emissions if we’re going to avoid climate catastrophe. The World Economic Forum predicts that, by weight, there will be more plastic in the oceans than fish by 2050. At their current rate of annihilation, the insects that pollinate our crops and represent the foundation of all life on Earth could be extinct within decades.

This is the biggest threat humanity has ever faced. Spending the next few years obsessing over the proximity of our trading relationship with the EU would be the biggest political failure in history, and an unforgivable act of self-destruction.

Young people recognise this, and they refuse to allow politics to distract from their right to a future. In 2016, 75 per cent of 18- to 24-year-olds voted to Remain – but they’re no fans of the status quo. Last month, 1.4 million young people joined school strikes around the world to demand urgent and radical action on climate breakdown, and the solutions they support would do more than secure their futures. While politicians tussle over trade agreements, young people are advocating plans to tackle climate breakdown that could help address some of the reasons 17.4 million people gave the establishment a kicking in 2016.

Many communities where most people voted for Brexit have proud local histories, but feel voiceless after decades of austerity and de-industrialisation. They rightly see injustice in the grotesque divides between rich and poor, north and south, thriving cities and struggling towns. Caught in a trap between insecure work, rising debts and slashed support, they felt they had nothing to lose. Three years after the referendum, the government has done nothing to put this right.

But young people are demanding change that could transform our economy and the way we live for the better, while securing a liveable planet. Many are getting behind a Green New Deal – unprecedented investment to create hundreds of thousands of green jobs, allowing communities hollowed out by de-industrialisation to lead efforts to decarbonise our economy within a decade.

This project would be unlike anything ever seen in peacetime. By delivering clean air, warm homes, affordable public transport, regenerated landscapes, sustainable farming and well-paid work, a green new deal could help end inequality and insecurity.

The climate strikers feel as disenfranchised as some of those communities who voted for Brexit – so they’re also demanding a voice. Their calls for votes at 16 are about giving young people a say over decisions whose consequences they will have to live with longest. But they should open up a national conversation about the state of our outdated democracy.

It’s not right for environmentalists and politicians to impose green policies from on high. The public must be involved in decisions about how their communities will transition beyond our single-use, fossil-fuelled, profit-driven economy. At very least, that requires the government to hand more powers to regions and local councils, and to introduce an electoral system where every vote counts. Even better, parliament could establish citizens’ assemblies, where representative groups of people come together to hear evidence and carefully consider how best to spend their Green New Deal funding.  But the first crucial step must be to secure a People’s Vote on Brexit. Giving the public a Final Say would be an opportunity to decide on our priorities as a country, in light of all the information we’ve gained over the past three years. Is leaving the EU of vital importance, or do we want to fix Britain instead?

The next decade could define the 21st century. It could be an age of disintegration – of our relationship with the EU, of our democracy, of society and life on Earth as we know it. Or it could be an age of renewal, during which politicians cooperate across borders and empower the people to rebuild their communities and restore the natural world.

So much is at stake in the coming months and years. We cannot allow Brexit to swallow up our futures.