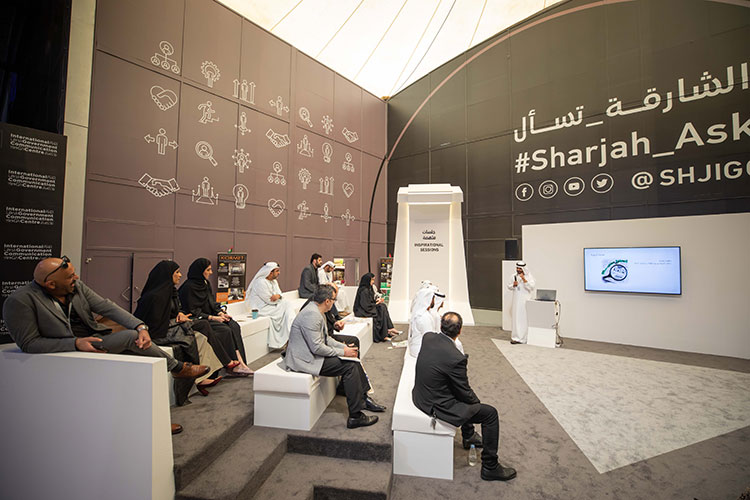 A media session takes place during the IGCF.

His Highness Dr Sheikh Sultan Bin Mohammed Al Qasimi, Supreme Council Member and Ruler of Sharjah, has well stated that despite the nation’s recent achievements in applying best-in-class technology and processes to deliver policy and communicate with citizens, more efforts are needed to train government employees, so that role models emerge from within the leadership ranks.

The observation by His Highness while addressing international delegates and attendees at the International Government Communication Forum (IGCF 2019) is timely and inspiring because the aim of the forum is to build a platform for better communication between governments and their stakeholders. The idea is to support the government of Sharjah in creating a participatory dialogue and to develop government communication mechanisms for the benefit of government institutions in the UAE and the region.

Change is the only constant and constant upgradation of skills is an absolute necessity for all individuals and organisations, especially in light of the latest technological developments.

Sheikh Sultan’s observation about how in different government departments in Sharjah there was some resistance to change initially is interesting. The leadership pushed forward to influence positive change and cadre training, introducing new leadership, processes and structures. The positive results across all departments are now there for one and all to see.

The Sharjah Electricity and Water Authority, offers a perfect example, as Sheikh Sultan indicates. In January 2018, Sewa began implementing several new communication processes, which initially posed challenges, especially when it came to public acceptance. The community needed to be inducted into these new changes. To the credit of Sewa authorities, this was done very successfully.

Sharjah launched the inaugural edition of the IGCF in 2012 and the first-of-its-kind event has come a long way. Its latest edition robustly reflected Sharjah’s efforts to bring together international experts and practitioners on one unified platform for the exchange of information and expertise, and to develop new methods and techniques for more effective government communication amid rapid technological changes.

Dr Thani Bin Ahmed Al Zeyoudi, Minister of Climate Change and Environment, hit the nail on the head by stating that the IGCF has become a key regional platform for developing effective communication strategies, supporting the government’s efforts, and achieving sustainable community development.

Government communication, as he points out, plays a key role in achieving sustainability, raising the awareness of the community about various environmental issues, and motivating them to support the country’s sustainability efforts.

Sharjah is a major contributor to the region’s government communication sector and plays a leading role in developing professionals in the field with international competencies.

The IGCF has been successful in fostering government communication in the UAE and greater Arab world, and developing communication channels between governments and the public right since its launch.

By focusing on the contemporary challenges of government communication regionally and globally and exploring solutions which can enhance communications, the IGCF turned out to be a valuable forum to shape a better future.

The UAE experience in government communication is inspiring especially because it is people-centric. By offering an opportunity to listen to the experiences of international communication experts who have launched some of the most influential public campaigns and initiatives aimed at serving humankind, the IGCF 2019 certainly proved to be a valuable exercise.