America has been shunned and shamed - GulfToday

America has been shunned and shamed 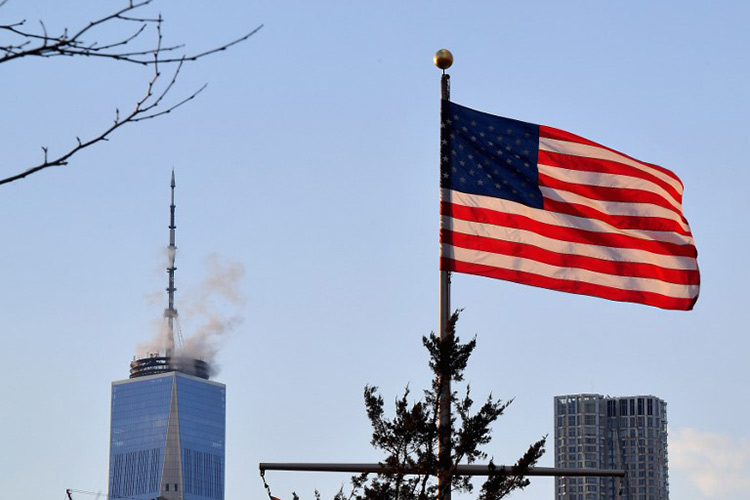 
A week ago Hassan Rouhani paid his first official visit to Iraq as Iran’s president.  He has been preceded by a series of visits by the first vice president, oil and foreign ministers, Central Bank chief, and other senior officials.

Rouhani’s visit contrasts dramatically with Donald Trump’s three-hour stop to call on US troops hosted by an Iraqi airbase in the western Anbar province. Rouhani flew to Baghdad to cultivate and consolidate relations with the newish Iraqi government.  Trump chose to make a belated but mandatory visit to US troops posted abroad during the Christmas holidays.  Since he made no effort to meet Iraqi Prime Minister Adel Abdel Mahdi and other senior figures, they were slighted and ignored, insulted in their own country. Trump’s behaviour hardly impressed Iraqis favourably or made any friends in Baghdad.

Trump’s trip coincided with increasing US pressure on Iraq, Europe and Asia to apply reimposed, punitive  sanctions following Trump’s withdrawal from the 2015 deal providing for Iran’s dismantling of its nuclear programme in exchange for sanctions relief. The Trump administration demands that Iraq cut its energy connections with Iran.  Trump promised to negotiate a better agreement but has done nothing but propose a list of demands of Iran which Tehran could never accept.

Washington’s decision to renege on the nuclear deal has alienated Iran and wrecked US credibility with European and other allies which had endorsed the deal.

Iranian hardliners who opposed negotiating over their country’s nuclear research programme have tried to use the re-imposition of sanctions as leverage against Rouhani and Zarif, who was a prime mover of the deal along with the president.

Tehran’s widely recognised international spokesman, Zarif submitted his# resignation last month but this was rejected by Rouhani and General Qassem Suleimani, commander of the elite Quds force of the Revolutionary Guards.  This has strengthened Zarif’s hand on both the foreign and domestic levels.

Washington’s and Tehran ‘s hardliners have been trumped. This was precisely the opposite of what the Trump administration had expected to happen.

The Trump administration argues sanctions curtail Iran’s activities in the region but Tehran has not retreated from its involvements in Iraq, Lebanon and Syria.

Iran continues to pursue successful policies in all three countries. Installed in power by the US in 2003-04, Iraqi Shia politicians with strong ties to Iran continue to govern in Baghdad.  Iranian advisers and pro-Iranian mainly Iraqi Shia militiamen battle Daesh and other Sunni radicals in Iraq and Syria. Without Iran’s help Daesh and its allies would continue to rule vast tracts of territory in Iraq and Syria: the false “caliphate” would flourish.  Last May’s parliamentary election in Lebanon made Iran’s ally, Hizbollah the king-maker in Beirut.

Washington is shunned and shamed elsewhere. Europe has established a mechanism to permit Iran to buy essential food and medical supplies without attracting US punishments for violating sanctions.  Wary of concluding a deal with Trump because he reneged on the Iran agreement, North Korea has stepped back from negotiations over its own nuclear programme which has successfully built a small arsenal of nuclear weapons — unlike Iran which has none and did not make an effort to build bombs.

Trump and his gang of hawks and left-over neoconservatives from the second Bush administration have seriously misjudged the situation.  To make matters worse, national security adviser John Bolton advocates going to war against Iran, an option which would definitely involve other states in the region.

The US problem with Iran is the refusal of the Washington establishment to free itself of the negative fall-out from  the ouster of the Shah in 1979 and the Iranian  students’ invasion of the US embassy in Tehran which led to the 444-day crisis while diplomatic staff were held.  Until the Shah’s flight from Tehran, the US had enjoyed co-reign in Iran, operated key military bases, and dominated commerce.

From the Iranian perspective, its citizens have never forgiven the US for carrying out the 1953 coup against beloved Prime Minister Muhammad Mosadegh who nationalised the Anglo-Iranian Oil company which, as usual for a colonial country, was benefitting from the exploitation of Iranian petroleum and paying a trifle to the country. Since Britain suffered from a lack of cash following World War II, the US was asked to mount the coup. Iranians argue that if Mosadegh had remained in power their country would have evolved as a liberal democracy.  Instead Iran was plunged into decades of corrupt one-man rule by a monarch dependent on and subservient to the US. The opportunity for participatory democracy was lost and, Iranians fear, may never return.

Obviously, the Iranian complaint is far more serious than the US hangover from the loss of the Shah. Iranians who do not favour the ascendancy of the clerics blame the US for the 1979 “revolution,” while Iranians who have backed the shift rightly argue their country has been liberated from the US.  This liberation is, unfortunately, resented in Washington which loves lording-it-over foreign places and peoples.  The Trump administration is not alone in embracing this colonial mindset.  Traditional allies Britain and France have never escaped it and encourage the US to follow suit.

Although Iranians and those involved in the revolution have had major issues with the US, three of Iran’s seven presidents — Hashemi Rafsanjani, Muhammad Khatami and Rouhani — have been repulsed by Washington for trying to reach peaceful coexistence and, even, reconcile their countries.  Rafsanjani helped negotiate the release of US and other Western hostages held by Shia groups in Lebanon, Khatami vigorously promoted cultural and political ties to the West, and Rouhani adopted the nuclear deal-sanctions formula. Unfortunately, on the US side there was no leader ready to bridge the gulf between Washington and Tehran.

While former President Barack Obama strove for the nuclear deal, he did not deliver the promised lifting of sanctions.  Instead, the US continued to obstruct foreign investment in Iran, particularly in the energy sector, and to hamper trade by threatening or sanctioning banks and companies seeking to do business with Tehran.  The deal did not, as expected in Tehran, liberate Iran from the sanctions regime although the country did benefit from being able to sell increasing amounts of oil during 2016, when the deal went into effect, until Trump withdrew in May 2017.