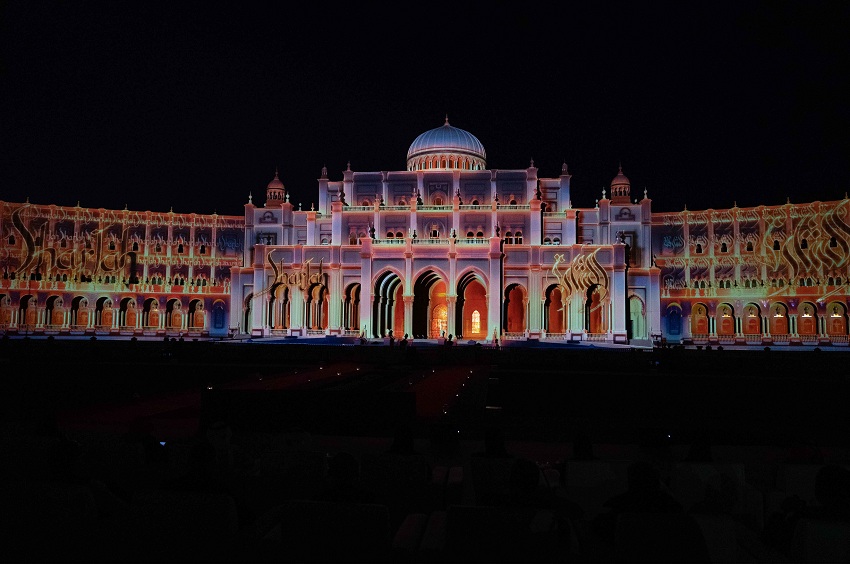 Using the magic of lighting and latest technology to narrate the story of the Emirate’s Islamic heritage, history and magnificent architecture, the Sharjah Light Festival, running until Feb.16, has been illuminating the hearts of citizens, residents and tourists alike.

Sharjah has emerged as a favourite tourism destination for visitors from around the world. It has rightly been recognised as the home of Arab and Islamic culture and civilisation and declared the Cultural Capital of the Arab world in 1998 by Unesco. The Arab tourism ministers’ summit in Cairo also selected Sharjah as the Capital of Arab Tourism for Year 2015.

The ninth edition of the Sharjah Light Festival, themed “Culture and Family,” forms part of the Sharjah Commerce and Tourism Development Authority’s (SCTDA) efforts to highlight the emirate’s unique identity and its cultural heritage, thereby enhancing its position on the global tourism map to achieve the objectives of the Sharjah Tourism Vision 2021.

As SCTDA Chairman Khalid Jasim Al Midfa points out, the Emirate of Sharjah is an enchanting venue to witness diversity and global openness to different cultures. The festival has achieved huge success over the past years, reflecting the richness of the emirate’s culture.

Interestingly, a 15-minute show at the Sharjah City Municipality, titled “Transmission,” is a powerful tribute to Arabic culture and the ones who made it live, yesterday and today. The stories emerging from legends and mythic poets are still told to the younger generation.

The show focuses on the universality of Arabic culture and singularity of its symbols. It aims at presenting Sharjah as a place of reunion of all these different directions and takes full advantage of the magnificence of the municipality building to enhance its colossal architecture with a thought-provoking ballet.

The popularity of the event could be gauged by the fact that last year’s edition of the festival attracted as many as one million visitors in a span of 11 days and generated coverage in more than 100 local and global media outlets in over 30 countries.

Innovative themes and unique light creations have made the festival the talk of the town. Adding to the appeal is the fact that the light shows are accompanied by specially composed music by renowned artists from all over the world.

The Light Festival’s colourful programmes certainly help boost the image of Sharjah as a global destination, while also promoting the emirate’s achievements on scientific, cultural, and artistic levels.