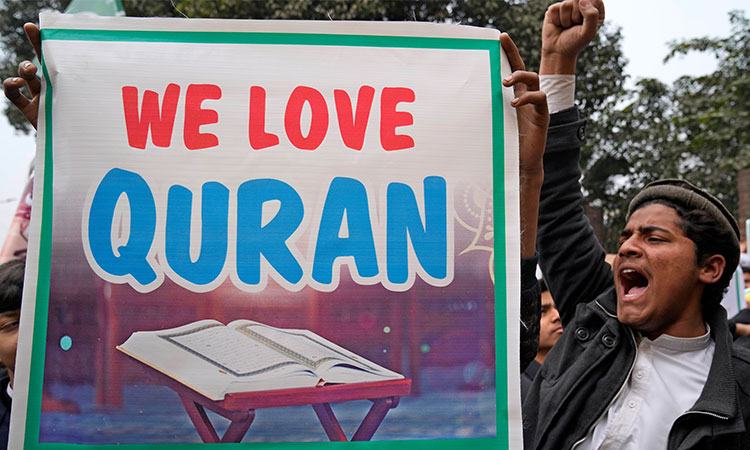 OIC underscored the importance of encouraging dialogue and understanding among religions and cultures.

The Secretariat General of the Organisation of Islamic Cooperation (OIC) has condemned in the strongest terms the tearing of a part of the Holy Quran by an extremist in The Hague, Netherlands.

In a statement on Tuesday, the Secretariat General of OIC reiterated that "such behaviour fuels feelings of Islamophobia in the world and works against calls for co-existence and freedom of belief.”

OIC underscored the importance of encouraging dialogue, understanding and cooperation among religions, cultures and civilisations and rejection of hatred and extremism to achieve peace worldwide.

The Dutch public broadcaster said Edwin Wagensveld, who heads the Dutch chapter of the German anti-Islam group Pegida, tore pages out of the Muslim holy book during a one-man protest, three days after the Swedish extremist Rasmus Paludan did the same near Stockholm last Saturday.

The Pegida movement shared via Twitter a video clip showing the provocative act, which took place in front of the parliament building in The Hague.

According to media, the Dutch police granted him permission on the condition that he not burn the Holy Book of Muslims, but he later burned the torn pages of the Quran.

In the video, Dutch police officers were standing behind him without any act, while he was tearing and trampling the pages of the Quran.