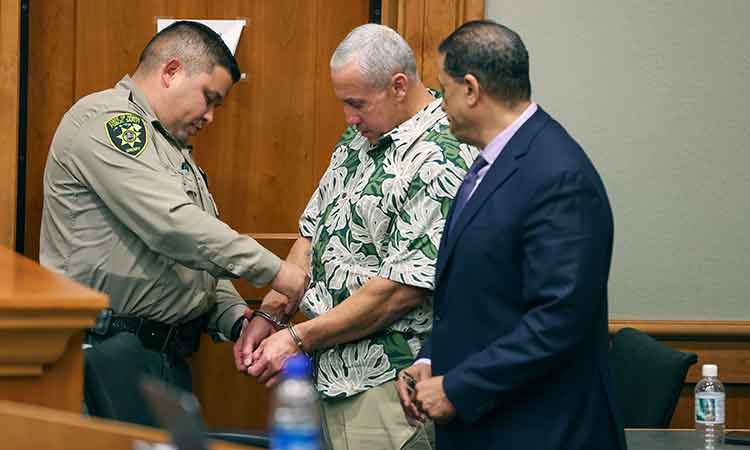 A court officer removes Albert "Ian" Schweitzer's handcuffs following the judge's decision to release him from prison immediately after his attorneys presented new evidence at a hearing in Hilo, Hawaii, on Tuesday. AP

A judge on Tuesday ordered a man released from prison immediately after his attorneys presented new evidence and argued that he didn’t commit the crimes he was convicted of and spent more than 20 years locked up for: the 1991 murder, kidnapping and sexual assault of a woman visiting Hawaii.

Albert "Ian” Schweitzer, who was convicted in 2000 and sentenced to 130 years in prison, should be "released from his shackles immediately,” Judge Peter Kubota ruled.

That prompted applause in the Hilo courtroom and hugs for Schweitzer, who was flown to the Big Island for the hearing from the Arizona prison where he was serving his sentence.

Seven dead as California mourns another mass killing in 8 days

"My feelings were all over the place," Schweitzer told the AP during a phone interview in recalling the moment of his release. "Nerves, anxiety, scared.”

The justice system is "flawed,” he said, calling himself one of many imprisoned for crimes they didn't commit. He earlier told reporters that he was "grateful” for the judge doing the "honorable thing." 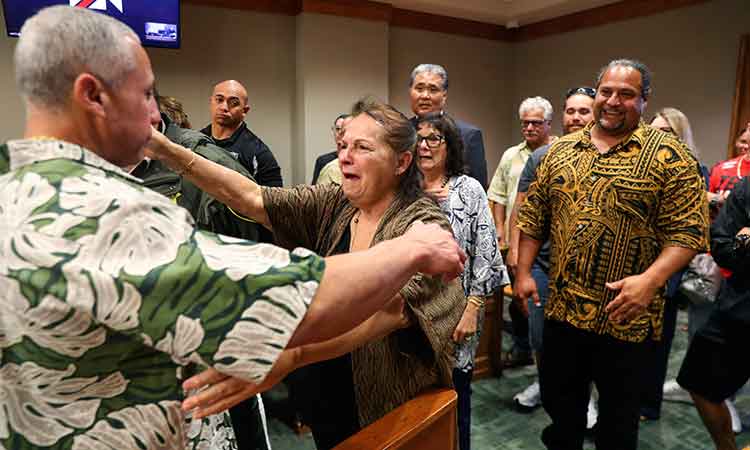 Albert "Ian" Schweitzer (left) hugs his mother moments after a judge ordered him released from prison, in Hilo. AP

A petition filed late Monday outlined additional evidence in one of Hawaii’s biggest murders, which unfolded on Christmas Eve in 1991 on the Big Island.

Dana Ireland, 23, was found barely alive in the bushes along a fishing trail in Puna, a remote section of the island. She had been sexually assaulted and beaten, and later died at Hilo Medical Center. The mangled bicycle she had been riding was found several miles away and appeared to have been run into by a vehicle.

The slaying of the blond-haired, blue-eyed visitor from Virginia gained national attention and remained unsolved for years, putting intense pressure on police to find the killer.

"Whenever you have a white, female victim ... it gets a lot more attention than people of color and Native Hawaiians,” said Kenneth Lawson, co-director of the Hawaii Innocence Project. "The parents, understandably, were becoming more and more infuriated. ... There was insurmountable pressure to solve this case. And when that happens, mistakes are made. Some intentional and some unintentional.”

With help from the Innocence Project in New York, the co-counsel in the case, Lawson's group represented Schweitzer, the last of three Native Hawaiian men convicted in Ireland's death who had remained imprisoned.

DNA evidence previously submitted in the case belonged to an unknown man and all three of the convicted men were excluded as sources. 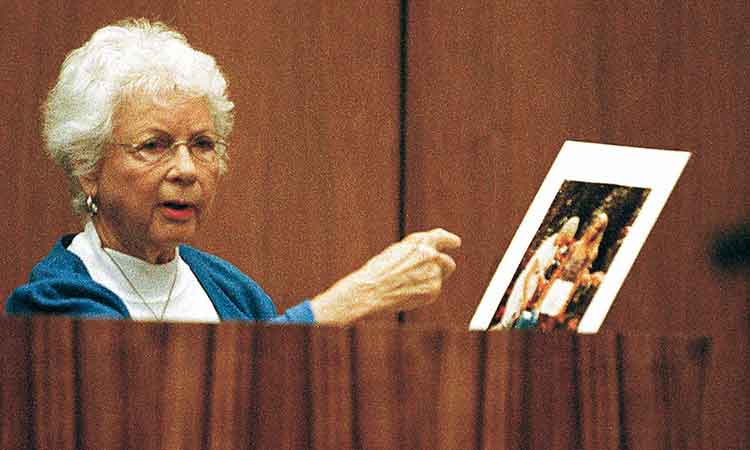 Judge to consider freedom for Hawaiian man in ’91 murder

A petition outlining new evidence in one of Hawaii's biggest criminal cases asks a judge to release a Native Hawaiian man who has spent more than 20 years in prison for the sexual assault, kidnapping, and murder of Ireland on the Big Island.

A lifeguard got thumped with a cricket bat during a struggle to rescue his fiancée from rapist robbers, a court heard on Wednesday.