VIDEO: Vast iceberg 'the size of Greater London' breaks off near UK Antarctic base - GulfToday

VIDEO: Vast iceberg 'the size of Greater London' breaks off near UK Antarctic base 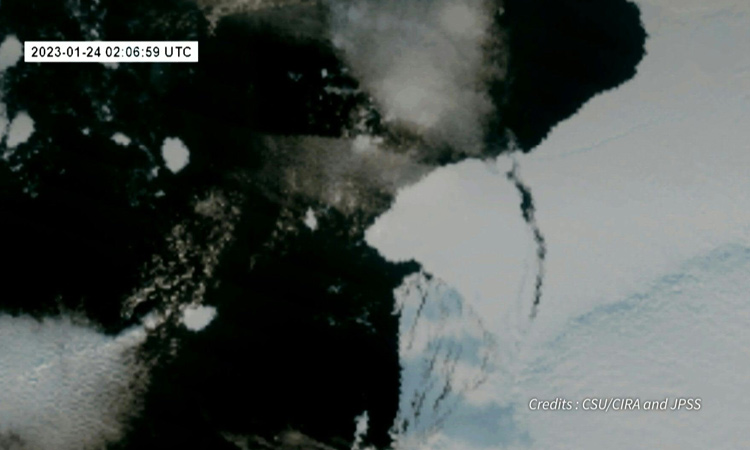 A satellite image shows the iceberg breaking off.

A large iceberg almost the dimensions of Greater London broke off the Antarctic ice shelf close to a research station.

Researchers said that this is the second such split in two years.

Images show an iceberg of 1550 km² breaking off from Antarctica's Brunt Ice Shelf.

Cracks in the 150 metre thick ice have been developing over several years, and the final break occurred on January 22nd between 19:00 and 20:00 GMT during a spring tide.

The British Antarctic Survey stated the formation of the brand new iceberg — in a natural process called "calving."

The calving event is part of the natural behaviour of the Brunt Ice Shelf, according to the British Antarctic Survey, and is not directly linked to climate change.

A similar spectacular separation, involving a 1,270-square-kilometre iceberg, happened around a year ago.