VIDEO: Crocodile returns the body of a drowned child to rescue team in Indonesia - GulfToday

VIDEO: Crocodile returns the body of a drowned child to rescue team in Indonesia 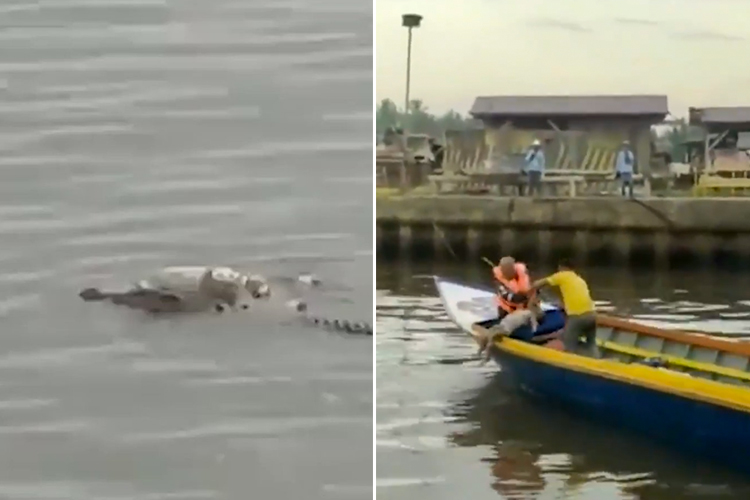 A videograb shows crocodile carrying child's body on its back towards the rescue team waiting at a boat.

Residents of the Indonesian town of Muara Jawa were shocked by the appearance of a huge crocodile carrying on its back the body of a drowned child whose family had failed to find it.

The body was pulled out of the Mahakam River in the East Kalimantan region of Indonesia.

The body was identified as 4-year-old Muhammad Ziyad Wijaya.

Indonesian media televised the shocking video showing the crocodile carrying a small child's body on its back.

The crocodile immediately disappeared into the riverbed after the residents and the victim's family pulled the child’s body out of the water.

The joint search and rescue team and residents immediately moved the body to the mainland.

When the body of the little boy was successfully transported to the land, no wounds were found in it except for a bite in the back that the crocodile had to inflict when picking up the body from the river water and carrying it to the boat.

It was previously reported that the little boy had drowned in the Mahakam River while he was playing alone behind his home in Muara Jawa.