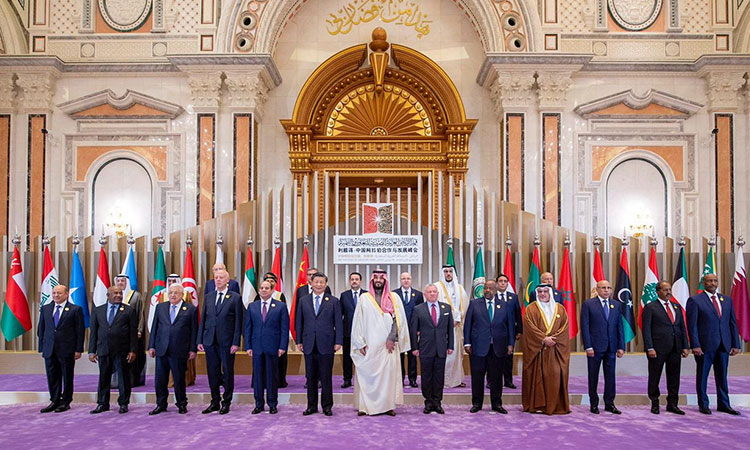 President Xi Jinping and Arab leaders pose for a group photo during the China-Arab summit in Riyadh on Friday. Reuters

On the third and final day of his visit, Xi attended summits of the six-member Gulf Cooperation Council (GCC) and a broader China-Arab leaders’ meeting. This is only Xi’s third journey outside China since the coronavirus pandemic began.

The discussions came one day after bilateral sit-downs with Saudi royals yielded a joint statement stressing “the importance of stability” in oil markets. 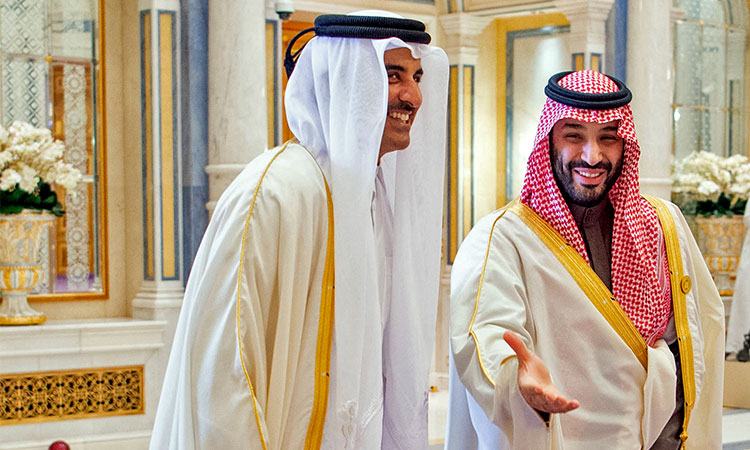 “China will continue to import large quantities of crude oil from GCC countries on an ongoing basis,” he said, also vowing to expand other areas of energy cooperation including liquefied natural gas imports. 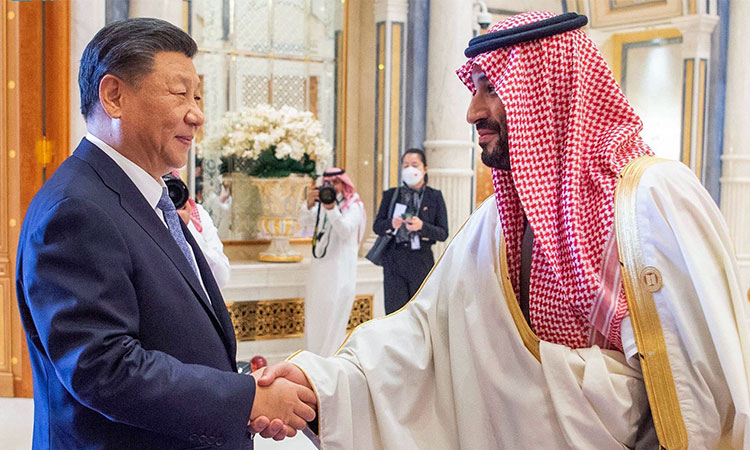 “China will continue to import a large amount of crude oil from the GCC countries, expand imports of liquefied natural gas, strengthen the engineering services in oil and gas upstream development and the cooperation in storage, transportation and refining,” Xi said. He also called on the GCC to use yuan to settle transactions. Xi also called for nations to “strengthen exchanges among civilisations.”

“We need to jointly oppose Islamophobia, carry out cooperation in deradicalisation, and oppose linking terrorism with specific ethnic groups and specific religions,” he said. 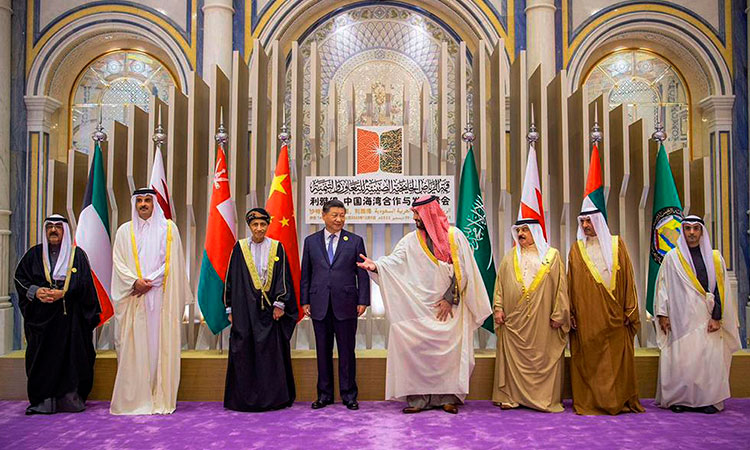 Oil from Saudi Arabia alone accounted for 17 per cent of China’s imports last year, and last month Qatar announced a 27-year natural gas deal with China. Earlier on Friday, a joint Chinese-Saudi statement spoke of “focusing on emissions rather than sources” in tackling climate change.

Forty-six bilateral agreements and memorandums of understanding were announced on everything from housing to Chinese language teaching. Both sides are seeking economic and strategic benefits by deepening cooperation. However, few details were released despite a Saudi state media report on Thursday that about $30 billion in deals would be signed during Xi’s visit.

Riyadh and Beijing stressed “deepening relations within the framework of the comprehensive strategic partnership between the two countries, and reaching new and promising horizons,” the statement said. 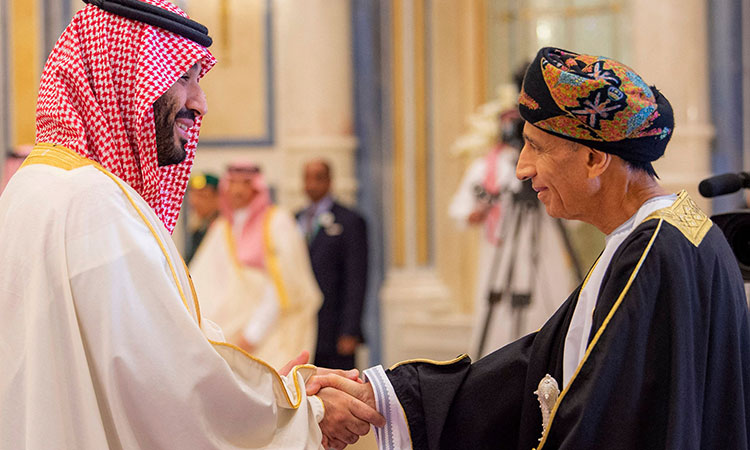 “The kingdom believes that hydrocarbon energy sources will remain an important resource to meet the needs of the world for the coming decades,” Prince Mohammed said.

Prince Mohammed made a point in his opening remarks, aired on state television, to applaud Qatar for its hosting of the World Cup. He also could be seen warmly greeting Qatar’s Emir Sheikh Tamim before the meeting. 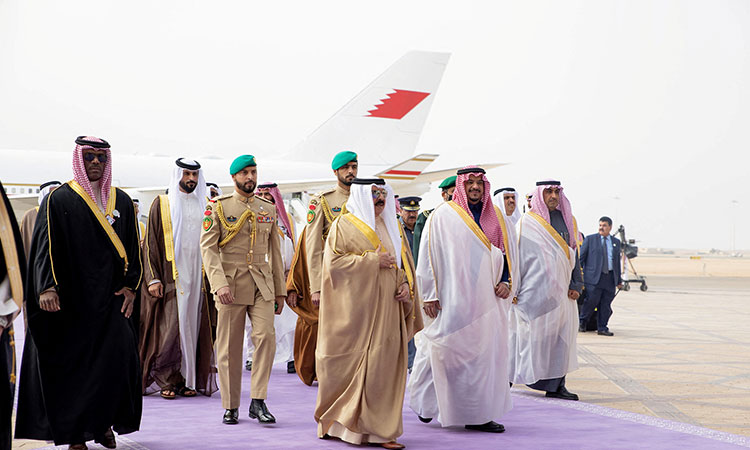 The Israeli-Palestinian conflict came up as Xi spoke with the Arab leaders, especially Palestinian President Mahmoud Abbas. Xi said China remains committed to an independent Palestinian state based on the 1967 boundaries of Israel. “The Palestine issue is vital to the peace and stability in the Middle East,” Xi said. 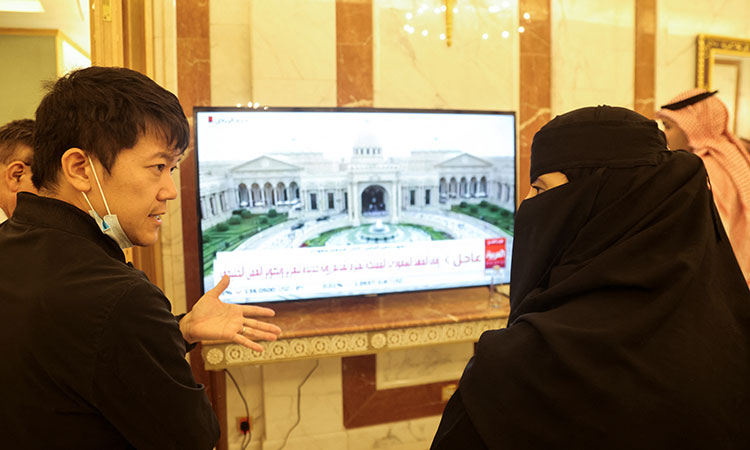 A Saudi woman speaks with a Chinese man while following the China-Arab Summit in Riyadh. Reuters