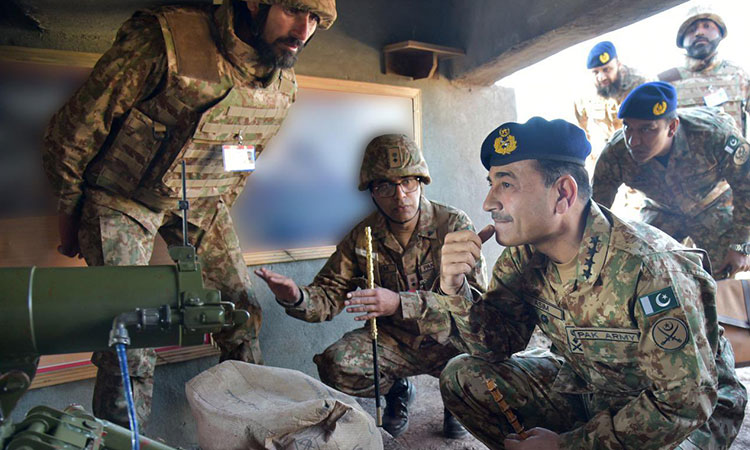 Gen. Asim Munir (R) during his tour to Line of Control in Azad Jammu and Kashmir on Saturyda. Twitter photo

Pakistan's New Army Chief General Asim Munir said the military was ready to defend "every inch of our motherland" if attacked, during a visit to the Line of Control (LoC) in Azad Jammu and Kashmir.

"Let me make it categorically clear, Pakistan's armed forces are ever ready, not only to defend every inch of our motherland, but to take the fight back to the enemy if ever war is imposed on us," he said, according to a statement from the military's media wing. "Indian state will never be able to achieve her nefarious designs."

India's foreign ministry did not immediately respond to Reuters' request for comment.

The two South Asian nuclear powers both claim the Kashmir region in full, but rule only parts, and have fought two of their three wars over the area. 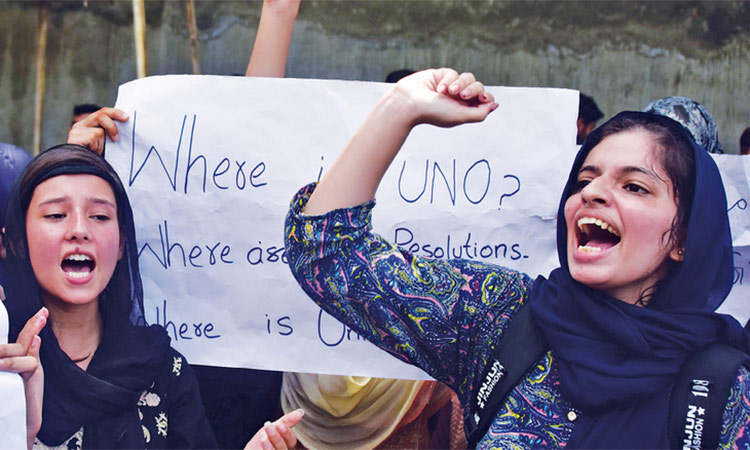 The Pakistan army on Friday said that if there is an attempt by India to undertake any “misadventure,” then its response will be “even stronger than that of Feb.27,” as tensions escalate between the two neighbours following New Delhi’s revocation of special

In a statement, it said Pakistani troops downed the drone when it "intruded 600 metres inside Pakistan's territory" for surveillance along the Line of Control that divides the Pakistani- and Indian-controlled portions of Kashmir.