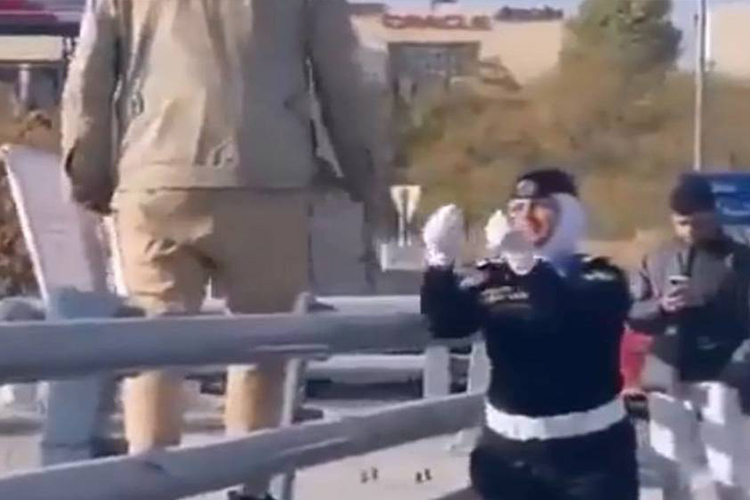 A Jordanian policewoman saved a young man from committing suicide from a bridge in the capital Amman.

The policewoman appeared begging him to abandon the idea of ending his life, according to a video circulating on social media.

In the touching video clip, the policewoman appears as she confronts the young man who climbed a bridge, about to jump, and asks him to look at her and talk to her, and begs him to get off the bridge’s railing located west of the capital Amman.

The accident, which took place with a huge crowd, in which the policewoman persuaded the young man to abandon the idea of suicide, with the support of some policemen who came to the area.

The young man was lowered from the top of the bridge, and at that moment the Jordanian police woman collapsed and started crying.

Social media users have praised the woman for saving the man’s life.