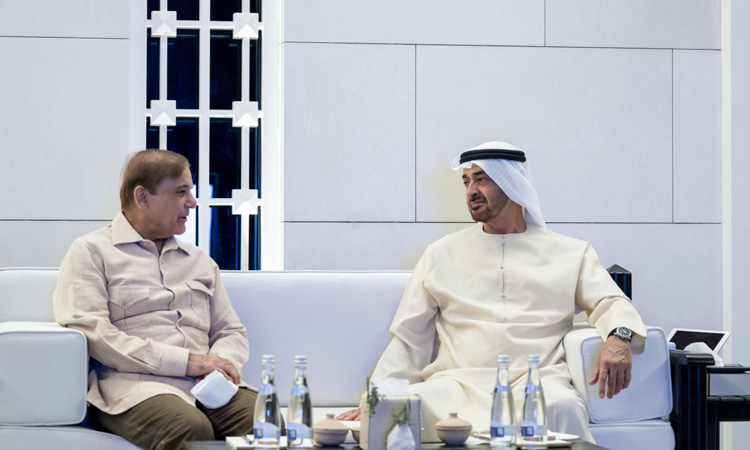 The Prime Minister of Pakistan also wished the UAE and its people further development and prosperity.

For his part, His Highness Sheikh Mohamed Bin Zayed expressed his thanks and appreciation for Sharif's kind gesture and the sincere feelings he showed towards the UAE and its people, and his wishes for further progress and prosperity for Pakistan and its people.