Many countries have wrong ideas about women in the Arab world: Sheikha Bodour - GulfToday 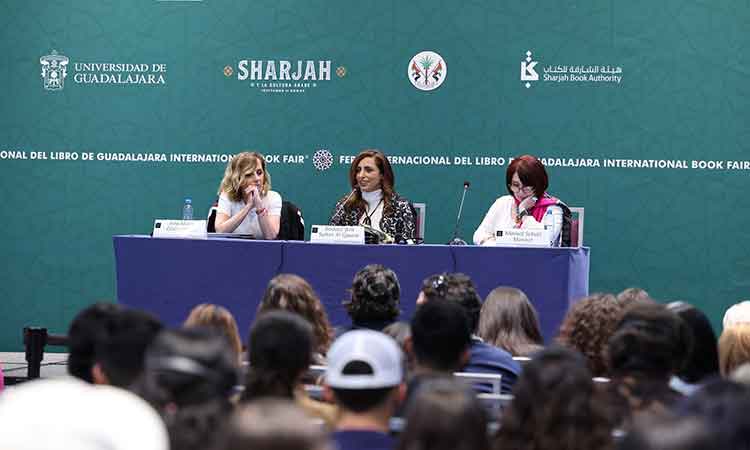 Sheikha Bodour during the panel discussion at the Guadalajara International Book Fair in Mexico.

Sheikha Bodour Al Qasimi, President of the International Publishers Association (IPA), called on women of the world to appreciate what distinguishes them and celebrate their unique energy and strengths. She stressed the need for equal opportunities for women, not equality with men, urging parents to raise their daughters to believe in themselves to achieve their aspirations.

Her comments were made during a panel discussion titled 'East and West: Women in the World' held at the ongoing 36th edition of the Guadalajara International Book Fair (FIL) in Mexico, where she shared her inspiring journey in the publishing industry and as president of the IPA. Speakers in the session moderated by Marisol Schulz, Director-General of FIL, included author Ana Maria.

Sheikha Bodour spoke about her journey in publishing, tackling inequality head-on, and about how traditionally, women had been able to make little progress in the industry. She mentioned that while running for the vice presidency of the IPA in 2018, she was astonished to find out that only one woman had presided over the institution since its inception in 1896, and on numerous occasions, she was the only woman in meetings and forums that brought together cultural institutions and publishers.

Sheikha Bodour said that these realities of the publishing sector prompted her to establish PublisHer, a networking body that seeks to increase the number of women in leadership roles within the publishing world. 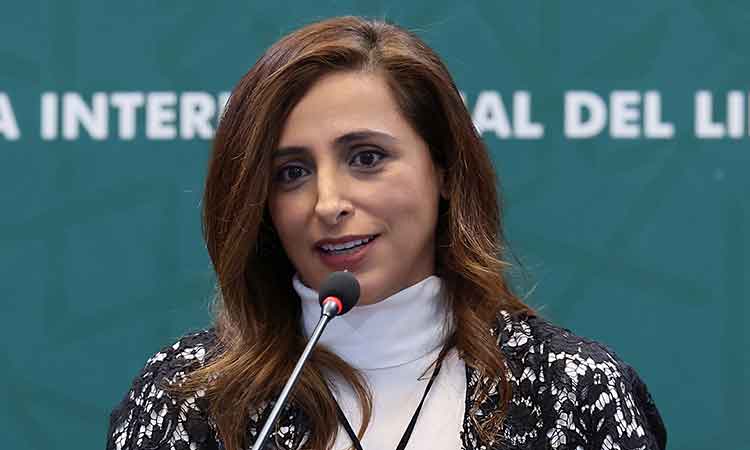 The president indicated that many cultures and countries have an unrealistic perception of women in the Arab world, noting that the perception needed to be corrected; Sheikha Bodour recalled a story of a female journalist she met during a meeting at the Rome Book Fair. The journalist was surprised that Sheikha Bodour was the president of IPA and the first Arab woman to hold the position. She was also astonished that Al Qasimi was the only woman among the participants.

During the session, Sheikha Bodour pointed out that talking about empowering women should not be done by highlighting the struggles of women in all societies, but rather by presenting stories of success and role models to aspire to. The IPA President recalled her childhood when she heard inspiring stories about female leaders from Islamic and Arab history, noting that she is considering presenting these stories in various languages to re-establish a better image of Arab women globally.

Highlighting the importance of the publishing sector and empowering women, Sheikha Bodour pointed out that through her establishment of Kalimat Group in 2007, she wanted books to be the bridge between communities, and to highlight the values shared by women worldwide. She also wanted, as a publisher, to provide Arab women’s voices a platform so there would be less misconceptions about them.

Sheikha Bodour also noted that Kalimat Foundation provides refugee children with books to ensure equality in receiving knowledge sources between males and females in refugee camps where this has often proved to be an issue.

As for the other panellist, author Ana Maria discussed the reality of women in Mexico, regarding career opportunities, appreciation of competencies, and access to leadership positions. She shared with the attendees a comprehensive picture of the Mexican society's view of women over the past half a century by recalling her father's response when she was born, stating that when her father found out that she was a girl he was disappointed, proving the importance of correcting social concepts about women.

Speakers in the session pointed out that the first step towards overcoming challenges women face in the business place, home, or school is to be able to talk about their challenges and find effective ways to overcome and correct unjust stigmas. 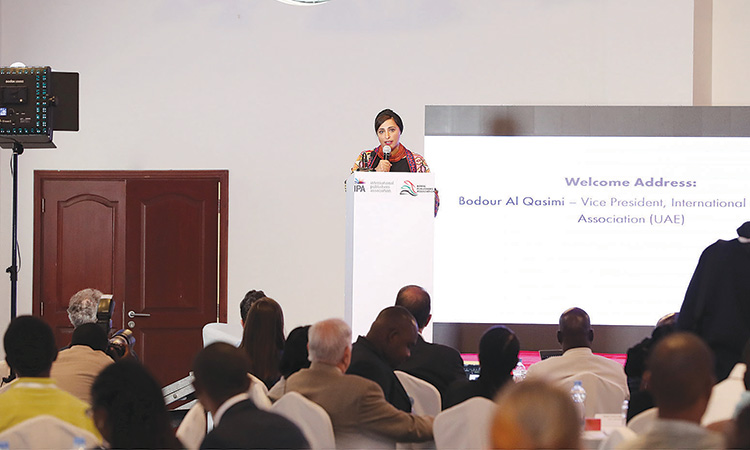 Sheikha Bodour Bint Sultan Al Qasimi, Vice President of the International Publishers Association, IPA, Founder and CEO of Kalimat Group, said that IPA is committed to responding to the genuine needs of the African publishing industry, and help them gain the required momentum in the wider context of original content development and distribution.