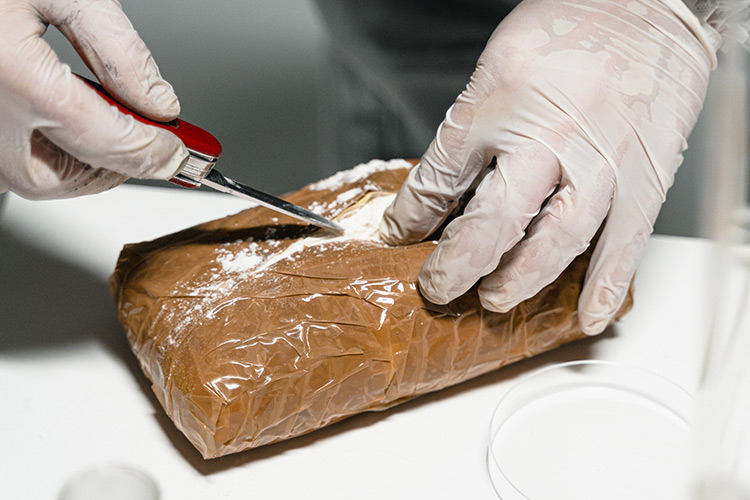 Police have dismantled a huge drugs "super-cartel" that controlled a third of Europe's cocaine trade, arresting 49 people in various countries, including six chief suspects in Dubai, Europol said on Monday.

Lieutenant General Sheikh Saif Bin Zayed Al Nahyan, Deputy Prime Minister and Minister of Interior, has lauded the joint international efforts between the Ministry of Interior in the United Arab Emirates- represented by the Dubai Police General Command, and the European Union Agency for Law Enforcement Cooperation 'Europol' , law enforcement of Spain, Belgium, the Netherlands, France and the United States of America, which contributed to the success of Operation 'Desert Light' that led to arresting 49 drug kingpins and members of a prolific transnational criminal network involved in large-scale drugs trafficking and money laundering.

Lt. Gen. Sheikh Saif also confirmed that the global joint efforts in combating money laundering are in line with the UAE's National Strategy on Anti-Money Laundering and Countering the Financing of Terrorism, praising the successful coordination between all strategic partners and international police agencies in combating transnational crime and organised crime syndicates.

His Excellency indicated that the real-time coordination among all the partners involved ensured swift tactical decisions and attributed to achieving this qualitative achievement, arresting the high-value targets, and dismantling their criminal infrastructure and network.

Lt. Gen. Al Marri explained the Operation is the culmination of parallel investigations run in Spain, France, Belgium, the Netherlands and the UAE with the support of Europol into the activities of this prolific criminal network involved in large-scale drug trafficking between Latin America and Europe and money laundering crimes.

British man charged with possessing and selling cocaine in Dubai

The Abu Dhabi Federal Court of First Instance has charged a 26-year-old Briton with possessing and selling drugs through a Telegram account.