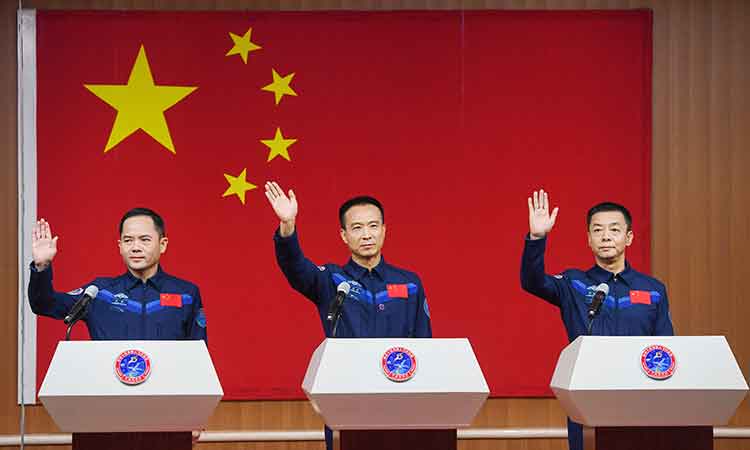 Chinese astronauts for the upcoming Shenzhou-15 mission Zhang Lu (left), Fei Junlong and Deng Qingming wave during a meeting of the press at the Jiuquan Satellite Launch Center in China on Monday. AP

Final preparations were being made on Monday to send a new three-person crew to China's space station as it nears completion amid intensifying competition with the United States.

The China Manned Space Agency said the Shenzhou-15 mission will take off from the Jiuquan Satellite Launch Center on the edge of the Gobi Desert at 11:08pm on Tuesday night.

Fei, 57, is a veteran of the 2005 four-day Shenzhou-6 mission which was the second in which China sent a human into space. Deng and Zhang are flying in space for the first time. 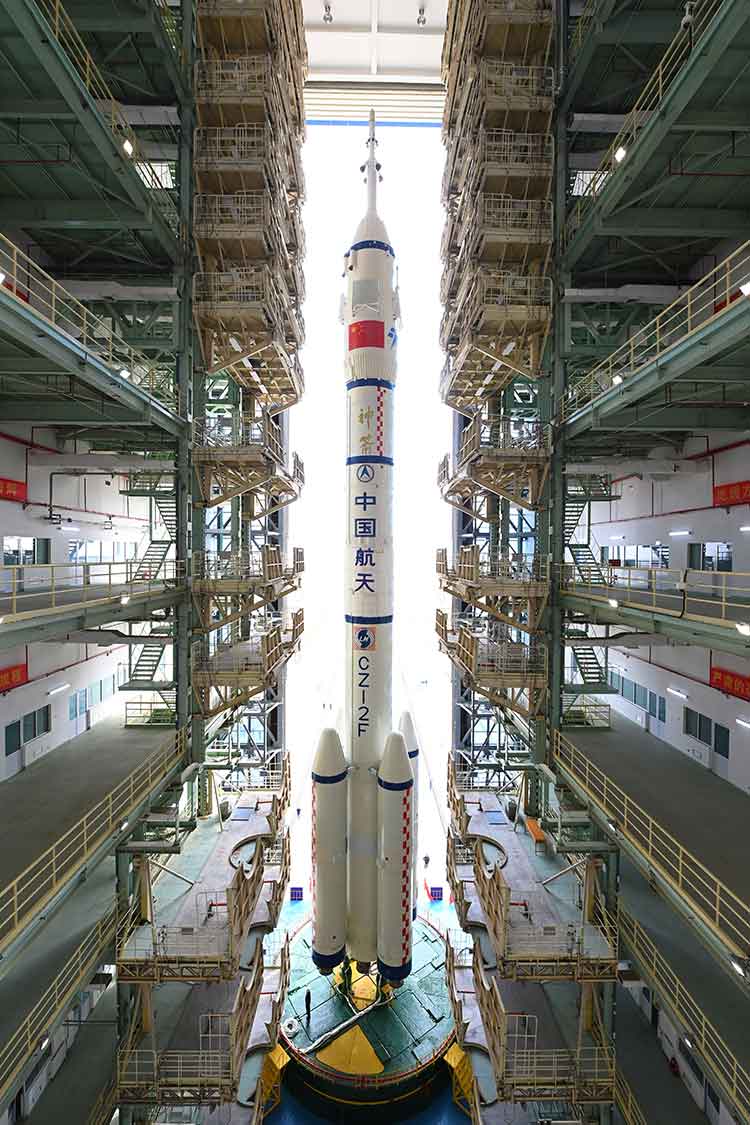 The Long March-2F rocket is transferred to the launching area at Jiuquan Satellite Launch Center. Reuters

The station’s third and final module docked with the station earlier this month, one of the last steps in a more than decade-long effort to maintain a constant crewed presence in orbit.

The astronauts will overlap briefly onboard the station, named Tiangong, with the previous crew, who arrived in early June for a six-month stay.

Tiangong has room to accommodate six astronauts at a time. Previous missions to the space station have taken about 13 hours from liftoff to docking.

Next year, China plans to launch the Xuntian space telescope, which, while not part of Tiangong, will orbit in sequence with the station and can dock occasionally with it for maintenance.

No other future additions to the space station have been publicly announced.

The permanent Chinese station will weigh about 66 tons - a fraction of the International Space Station, which launched its first module in 1998 and weighs around 465 tons. 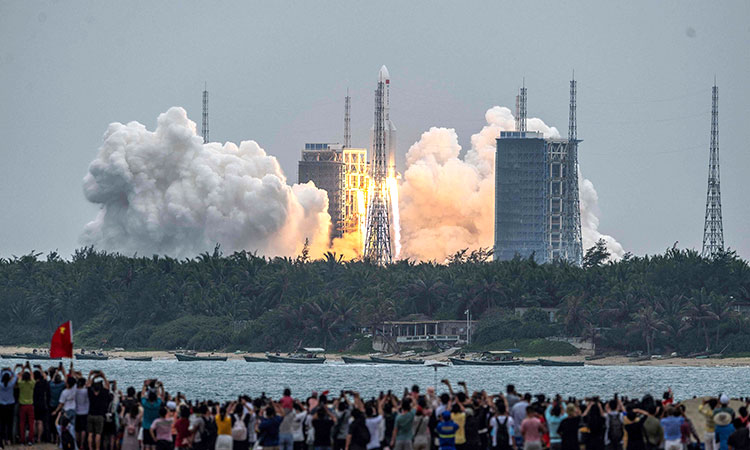 Billions of dollars have been poured into space exploration as China seeks to reflect its rising global stature and growing technological might, following in the footsteps of the United States, Russia and Europe. 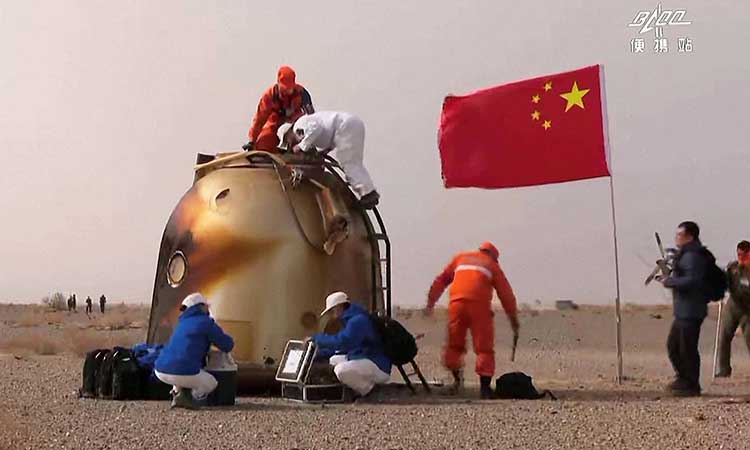 During the mission, astronaut Wang Yaping carried out the first spacewalk by a Chinese woman. Wang and crewmates Zhai Zhigang and Ye Guangfu beamed back physics lessons for high school students. 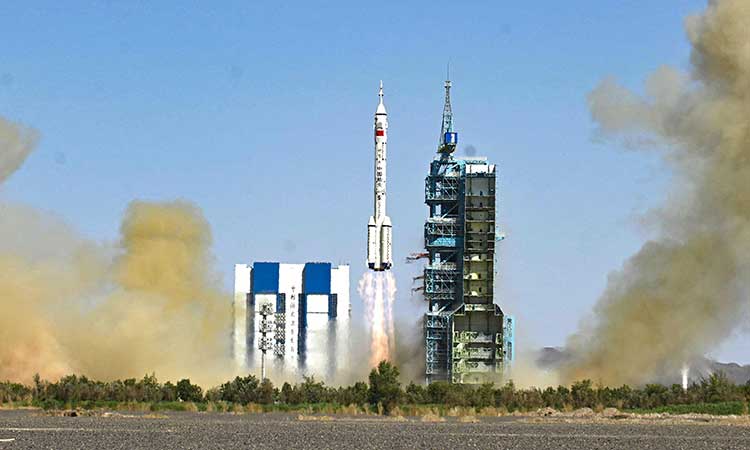 A Long March-2F rocket transporting the Shenzhou-14, or "Divine Vessel" in Chinese, blasted off from Jiuquan Satellite Launch Center in northwest China at 10:44 a.m. (0244 GMT), a live broadcast by state television showed.