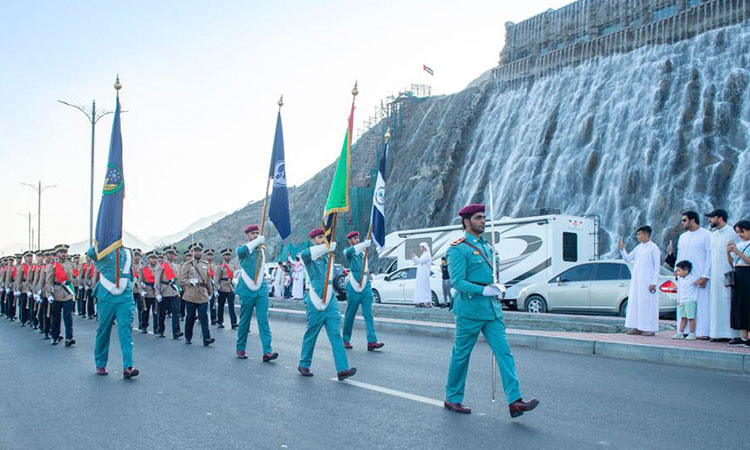 The Sharjah Police General Command organised a mass festive march in the city of Khorfakkan, with the participation of the Sharjah Police and the Police Sciences Academy, as part of the Ministry of Interior's celebrations of the 51st UAE National Day.

The festive march, which started in front of the Khorfakkan Corniche, included military performances, with the show of the academy's police band.

This was followed by a march of the various vehicles of the Sharjah Police General Command, which are equipped with the best modern systems to carry out police and security work. 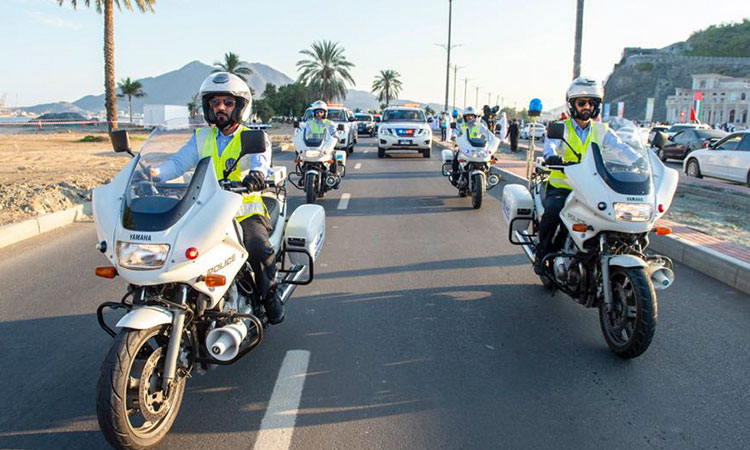 On this occasion, Major-General Saif Al Zari Al Shamsi, Commander-in-Chief of Sharjah Police, congratulated the wise leadership and the people of the UAE on the occasion of the 51st UAE National Day. 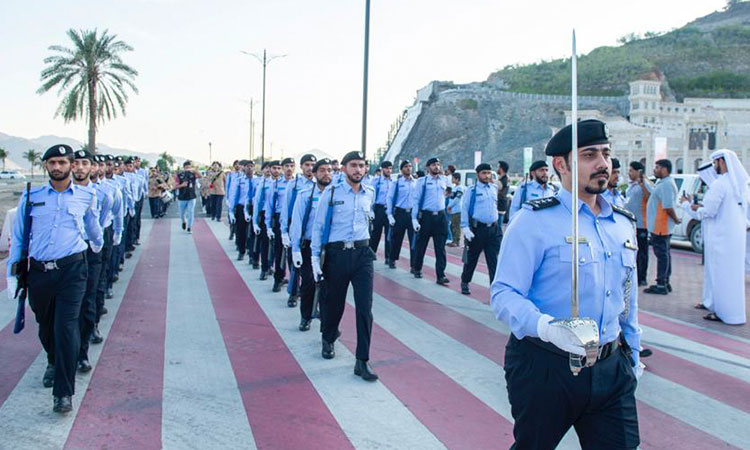 Highlighting the importance of this precious occasion, Brigadier General Dr. Mohammed Khamis Al Othmani, Director General of the Police Science Academy in Sharjah stressed that this national occasion renews every year the values of loyalty and embodies values of belonging to nation. 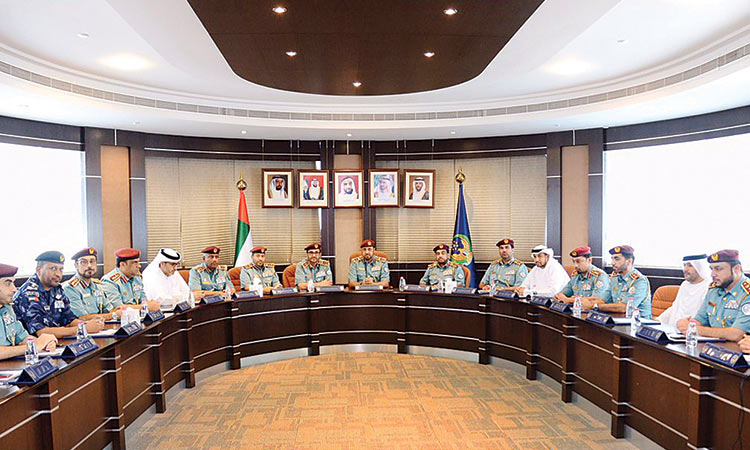 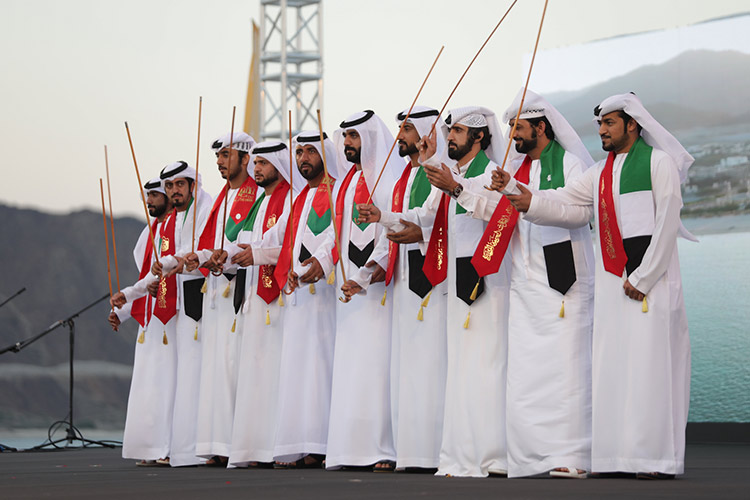 Sharjah all set to celebrate National Day from Nov.24 to Dec.3

The celebrations will start in Mileiha and continue to the central cities, the Eastern Region and Al Hamriyah, concluding at Sharjah National Park, he added, pointing out that the committee is keen to hold the events on a sequential basis, so the public can attend them all.