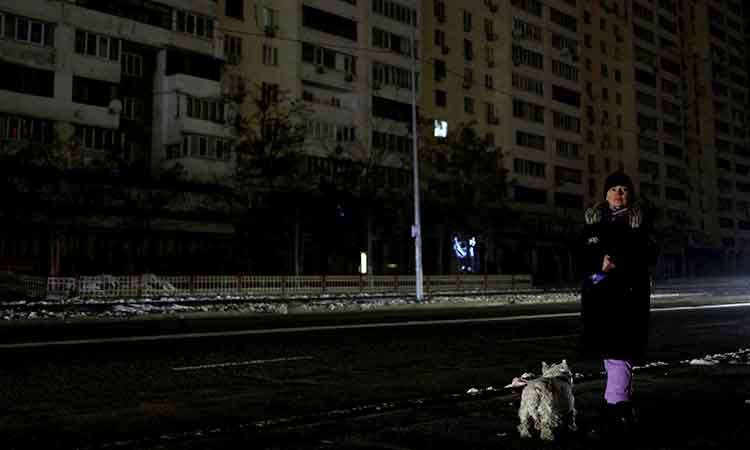 A woman with a dog waits for a bus in a street without electricity on Wednesday. Reuters

More than two thirds of the Ukrainian capital was still without power on Thursday morning and a swathe of residents had no running water, a day after Russian missile strikes caused Kyiv's biggest outages in nine months of war.

The capital was one of the main targets of the latest wave of attacks on energy facilities that cut power in many regions and made emergency blackouts necessary in others to conserve energy and enable repairs as winter sets in.

The temperature plunged below zero degrees Celsius overnight in a city that had 2.8 million residents before the war and where it is already snowing and the streets are icy.

Kyiv Mayor Vitali Klitschko said electricians and repair workers were doing everything to get the power back on "as fast as possible" but the recovery would depend largely on the overall energy "balance" of the nationwide grid. 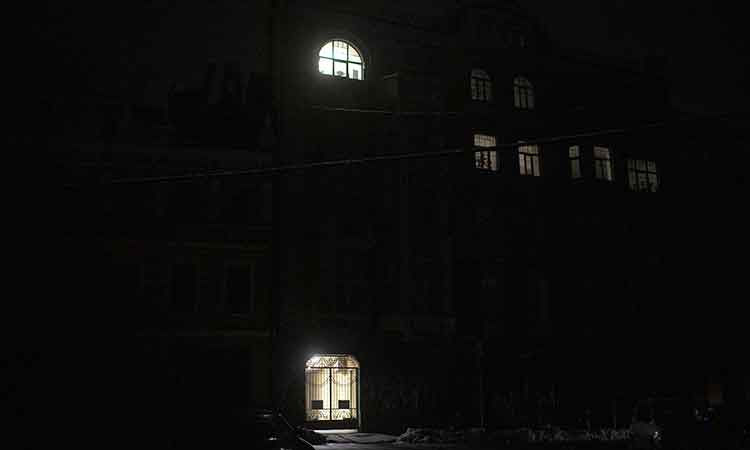 Photo shows a city centre during a blackout after a Russian rocket attack in Kyiv, Ukraine, on Wednesday. AP

In the south, Mykolaiv region governor Vitali Kim appealed to Ukrainians to be as frugal as possible in their use of power.

"Consumption has been growing this morning (which is logical), there isn't enough capacity in the system to switch it on for more consumers!!," he wrote on the Telegram messaging app.

"The energy system is united like we all are! If you've turned off a few unneeded lights, that's really important!!!"