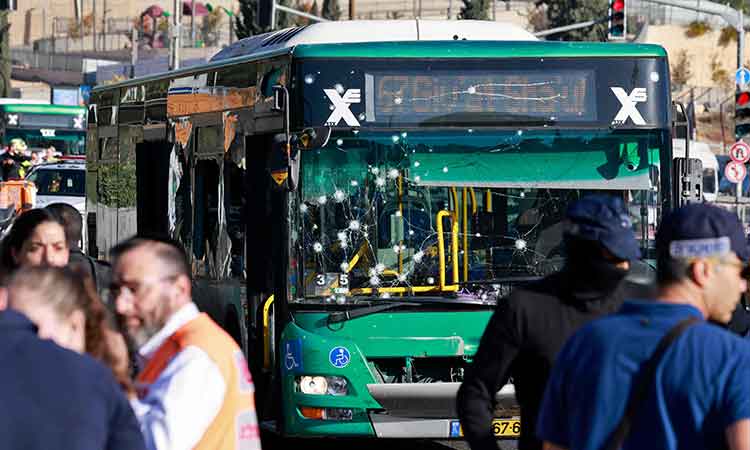 Israeli security forces work at the scene of an explosion at a bus stop in Jerusalem. AFP

Two blasts went off near bus stops in Jerusalem on Wednesday, killing one person and injuring at least 14.

The first explosion occurred near a bus stop on the edge of the city, where commuters usually crowd waiting for buses. The second went off in Ramot, a neighbourhood in the city's north. Police said one person died from the wounds and Israel's rescue service Magen David Adom said four people were seriously wounded in the blasts.

Multiple deaths, injuries reported after shooting at US supermarket

The apparent attacks came as Israeli-Palestinian tensions are high, following months of Israeli raids in the occupied West Bank prompted by a spate of deadly attacks against Israelis that killed 19 people. There has been an uptick in recent weeks in Palestinian attacks.

The violence also comes as former Israeli Prime Minister Benjamin Netanyahu is holding coalition talks after national elections and is likely to form what's expected to be Israel's most right-wing government. 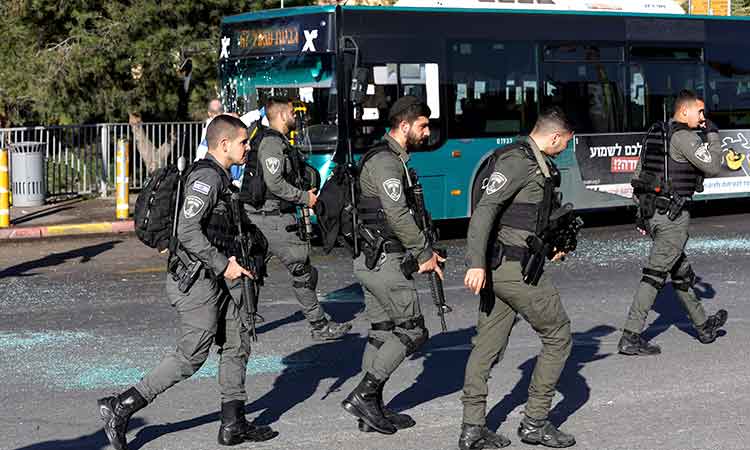 Israeli border police walk past a damaged bus after the explosion. Reuters

Police said their initial findings showed that explosive devices were placed at the two sites. The twin blasts occurred amid the buzz of rush hour traffic and police closed part of a main highway leading out of the city, where the fist explosion went off. Video from shortly after the first blast showed debris strewn along the sidewalk as the wail of ambulances blared.

"It was a crazy explosion. There is damage everywhere here, ” Yosef Haim Gabay, a medic who was at the scene when the first blast occurred, told Israeli Army Radio. "I saw people with wounds bleeding all over the place.”