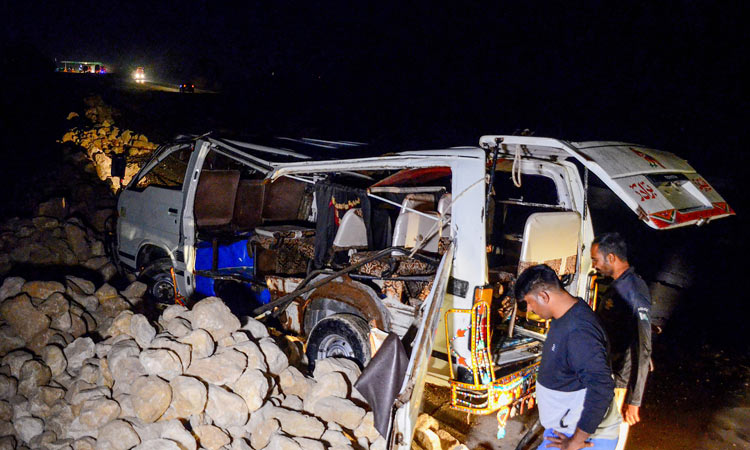 A policeman stands beside a damaged passenger mini bus after an overnight accident in Sehwan. AFP

At least 20 people were killed, including 11 children, when a minibus crashed into a deep and water-logged ditch in southern Pakistan, police said Friday.

Pakistan has a staggeringly high rate of road deaths, blamed on decrepit highways and reckless driving.

Late Thursday in Sindh province, the bus "fell into a water-filled ditch on a road swept away by floods this summer", local police official Khadim Hussain told AFP.

"The driver could not see the diversion sign on the road and so the van plunged into a 25-foot (eight-metre) deep ditch" near the town of Sehwan Sharif.

Hussain said the children killed were between two and eight years old, likely sitting on their parents' laps when they were fatally injured.
A further 14 people were injured in the accident.

Pakistan was lashed by record monsoon rains this year that put a third of the country underwater, displaced eight million people and battered its already crumbling infrastructure.

Credible research has linked the catastrophic flooding to climate change.

According to World Health Organization estimates, more than 27,000 people were killed on Pakistan's roads in 2018.

Landslide in northern Pakistan buries bus with 15 onboard

Pakistani police say a landslide in the country's north has buried a minibus with 15 passengers onboard. 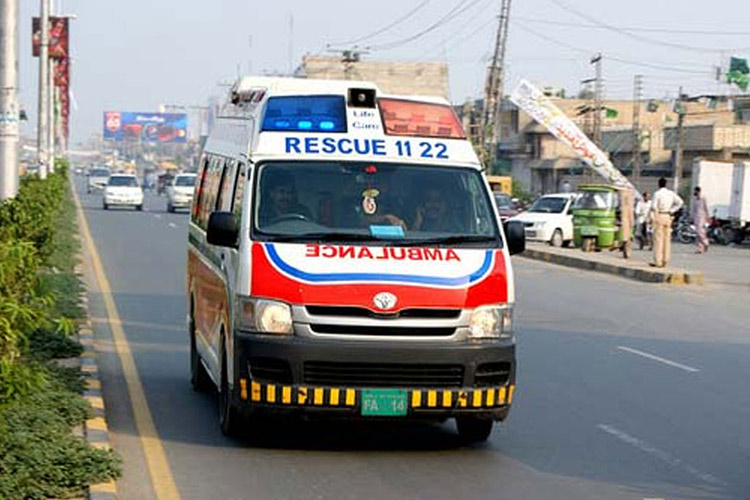 A Pakistani man and his three teenage sons were burnt alive while his wife and a son suffered injuries as a speeding bus hit the parked cars during a wedding procession in Okara, Punjab province, local media said on Sunday. 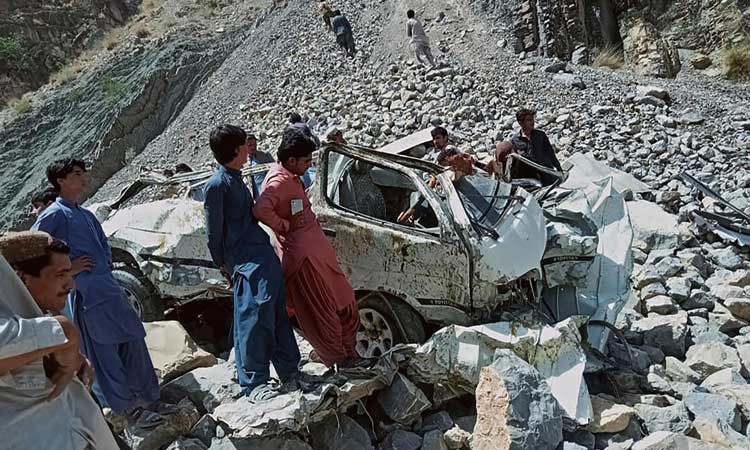 22 killed in Pakistan as passenger van plunges into ravine

The accident happened apparently due to excess speed at Quetta - Zhob highway in district Killa Saifullah 200 km (120 miles) from Quetta in Balochistan province.