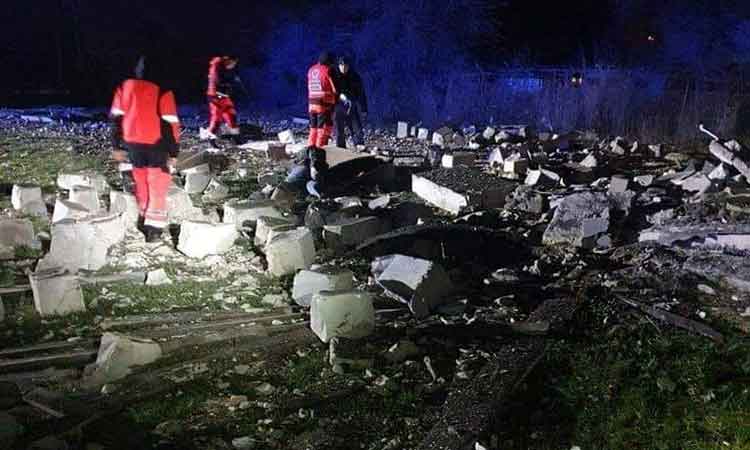 A view shows the damage after an explosion in Przewodow, Poland, near the border with Ukraine. Reuters

Poland put its military on high alert on Tuesday after what the country's president said was "most probably" a strike by a Russian-made missile.

Western leaders held an "emergency roundtable" on Wednesday on the sidelines of the G20 summit in Indonesia, where they urged against jumping to any conclusions about the origins of the strike.

Warsaw said the missile had killed two people in the southeastern village of Przewodow, near the border with Ukraine, but did not have conclusive evidence of who fired it.

US President Joe Biden said it was "unlikely" the missile had been fired from Russia, while France urged "utmost caution" in identifying who was behind the blast.

Moscow's ambassador has been summoned to provide "immediate detailed explanations" and the military had been put on heightened alert after an emergency national security council meeting, Polish authorities said. 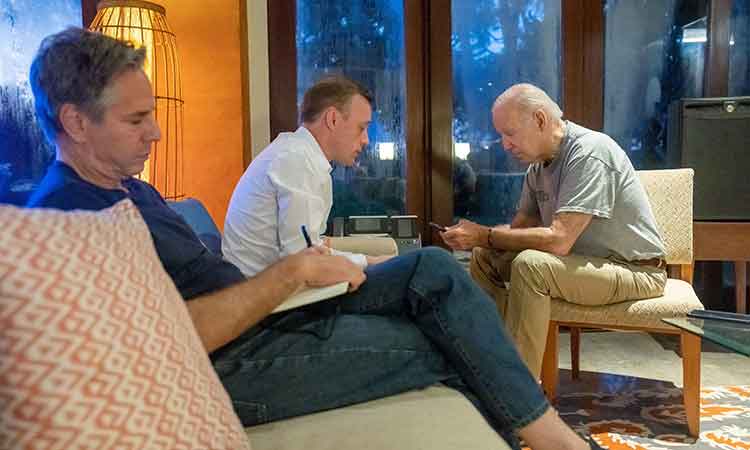 Joe Biden speaks with Poland’s President behind the scenes at the G20 summit in Bali, Indonesia. Reuters

"There has been a decision to raise the state of readiness of some combat units and other uniformed services," spokesman Piotr Muller told reporters after the meeting in Warsaw, adding that "our services are on the ground at the moment working out what happened".

Biden spoke by phone with his Polish counterpart Andrzej Duda, offering "full US support for and assistance with Poland's investigation", the White House said.

The two leaders agreed to "remain in close touch to determine appropriate next steps as the investigation proceeds", it added. 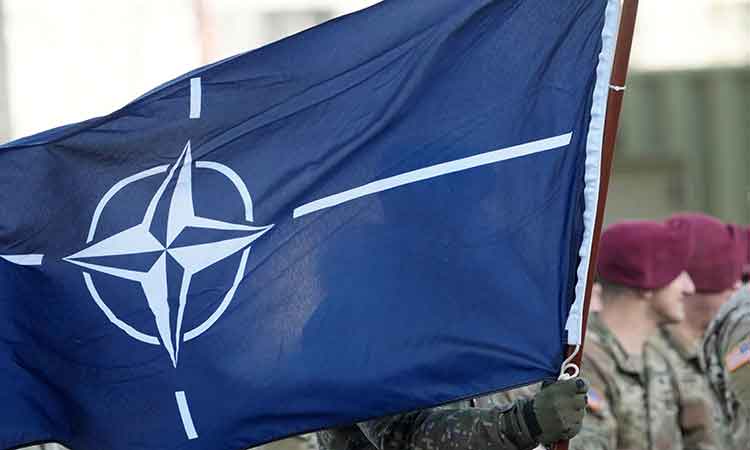 A NATO flag flutters during the US troops' arrival ceremony at the Adazi military base, Latvia. File/Reuters

Poland is protected by NATO's commitment to collective defence — enshrined in Article 5 of its founding treaty — but the alliance's response will likely be heavily influenced by whether the incident was accidental or intentional.

Biden also spoke with NATO chief Jens Stoltenberg about the blast in Poland, while ambassadors from the alliance were to hold an emergency meeting on Wednesday.

European Union chief Charles Michel said he was "shocked", and US Secretary of State Antony Blinken pledged to "remain closely coordinated in the days ahead as the investigation proceeds and we determine appropriate next steps".

Ukraine's Foreign Minister Dmytro Kuleba rejected as a "conspiracy theory" the idea that the Poland blast may have been caused by a surface-to-air missile fired by Kyiv's forces, while Russia's defence ministry dismissed reports that it was to blame as a "provocation" intended to escalate tensions. 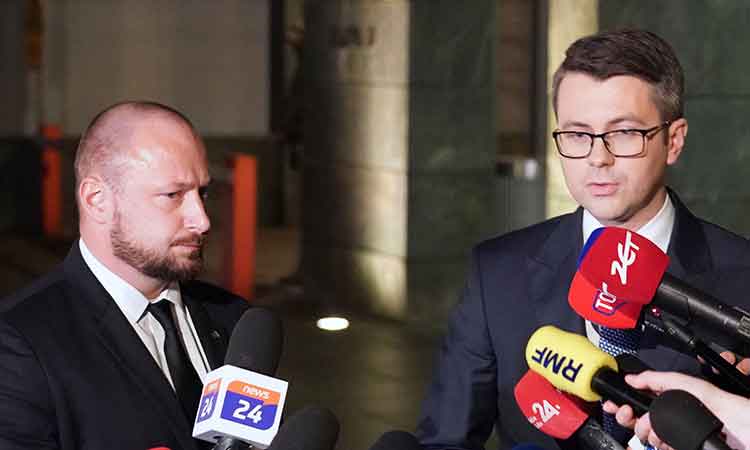 Jacek Siewiera (left) makes a statement after a crisis meeting of the Office of National Security, in Warsaw. AFP

The explosion came after Russian missiles hit cities across Ukraine on Tuesday, including Lviv, near the border with Poland.

Zelensky said the strikes cut power to some 10 million people, though it was later restored to eight million of them, and also triggered automatic shutdowns at two nuclear power plants.

He said Russia had fired 85 missiles at energy facilities across the country, condemning the strikes as an "act of genocide" and a "cynical slap in the face" of the G20.

Moldova, which also borders Ukraine, reported power cuts because of the missiles fired at its neighbour and called on Moscow to "stop the destruction now". 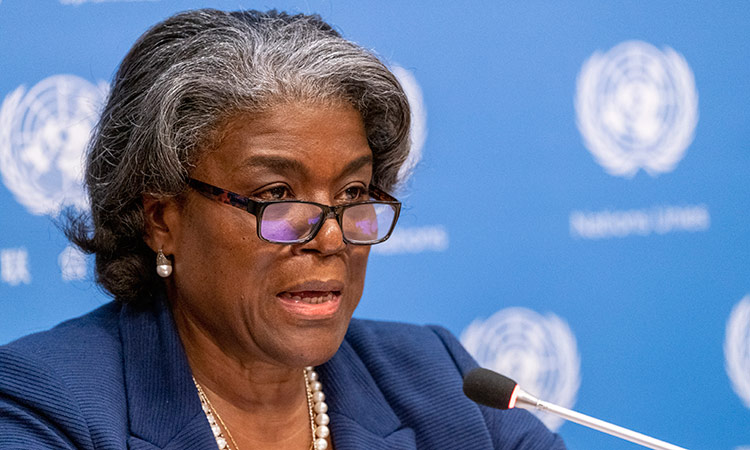 US, Russia clash over responsibility for missile strike

The US and Albania had called for a council update on the situation in Ukraine last week, and the meeting was dominated by Tuesday’s missile strike in Poland that killed two farm workers. 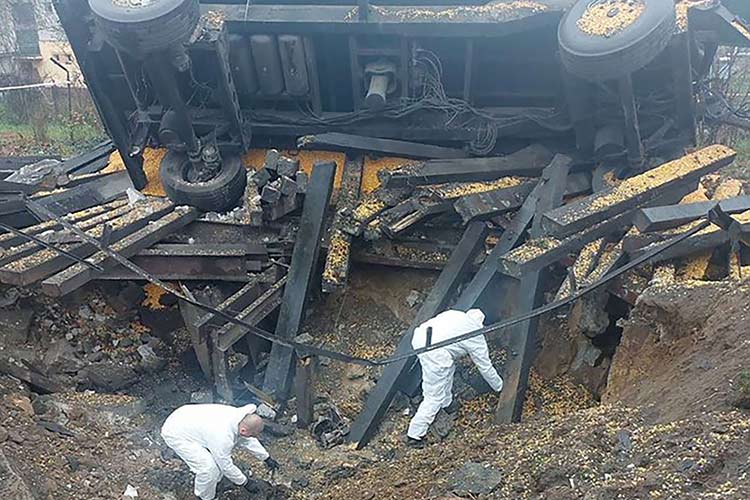 A Russia-made missile that hit a Polish village and killed two persons led to the momentary conclusion that Russia had escalated the war and extended it to Poland, a member of the North Atlantic Treaty Organisation (NATO), the western military alliance of the old Cold War era. And there was immediate apprehension that it would mean NATO would have to go to the aid of its member, Poland, and take action against Russia. 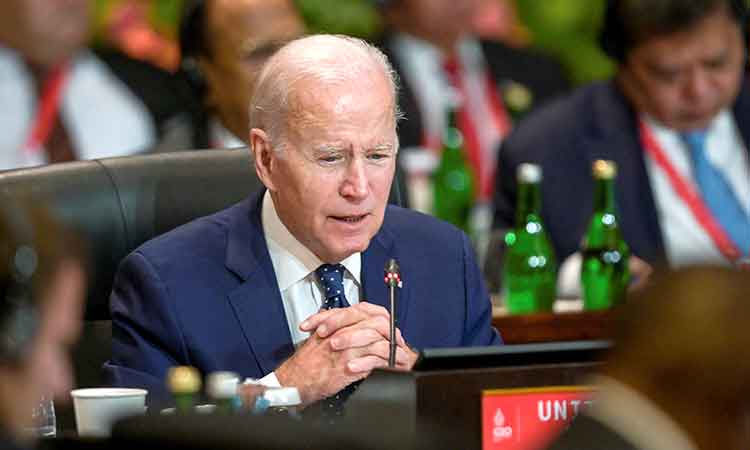 The explosion on Tuesday at a grain facility near the Ukrainian border came as Russia unleashed a wave of missiles targeting Ukrainian energy infrastructure, attacks that Kyiv said were the heaviest in nearly nine months of war. 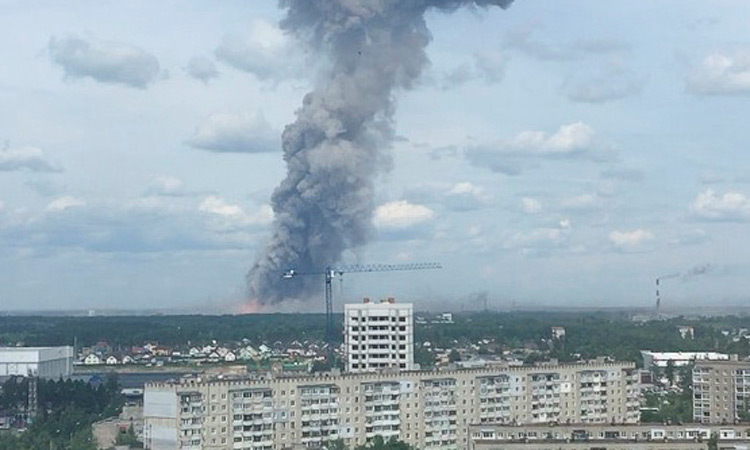