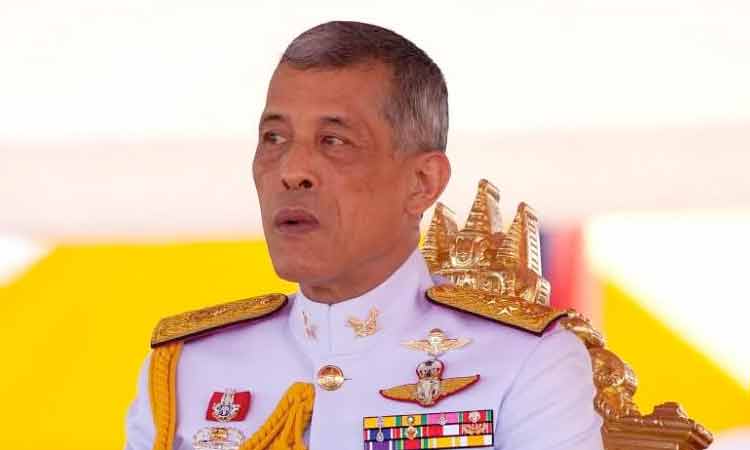 Thailand's King Maha Vajiralongkorn arrived Friday at a hospital treating those wounded in a gun and knife rampage at a nursery by a sacked policeman that left 36 people dead.

An AFP journalist saw the the king arrive at the hospital in the northeastern town of Nong Bua Lamphu, where he is expected to meet survivors.

Meanwhile, grief-stricken families prepared to begin funeral rites on Friday for 36 people murdered by a sacked policeman who rampaged through a nursery armed with a gun and knife in one of Thailand's worst mass killings.

After a day of mourning at the scene of the bloodshed, coffins bearing the bodies of the victims — 24 of them children — were transported to temples to be handed over to relatives. 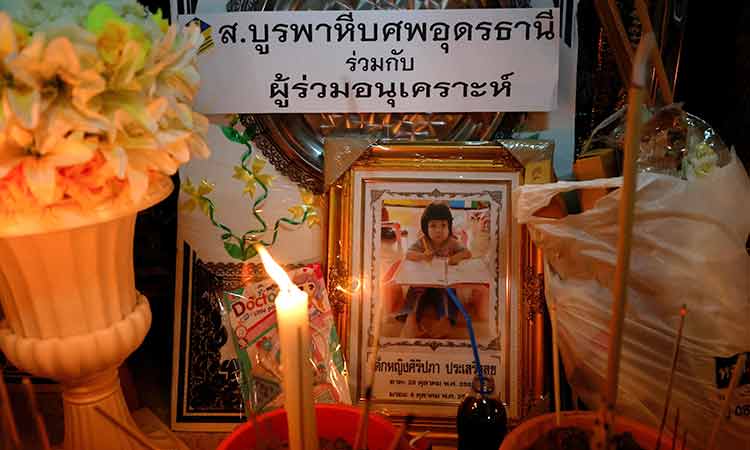 A picture of a child victim is displayed at Wat Rat Samakee temple in Uthai Sawan, Thailand, on Friday. Reuters

King Maha Vajiralongkorn will later visit survivors in hospital — a rare direct interaction with the public for the Thai monarch, who is officially regarded as a semi-divine figurehead.

At one temple, 10 white and gold coffins, some so small they looked like toy boxes, were loaded into fridges in the evening ahead of the customary three days of mourning before cremation.

A young father, his face a mask of tears, staggered away from other mourners after watching his son's coffin loaded away. 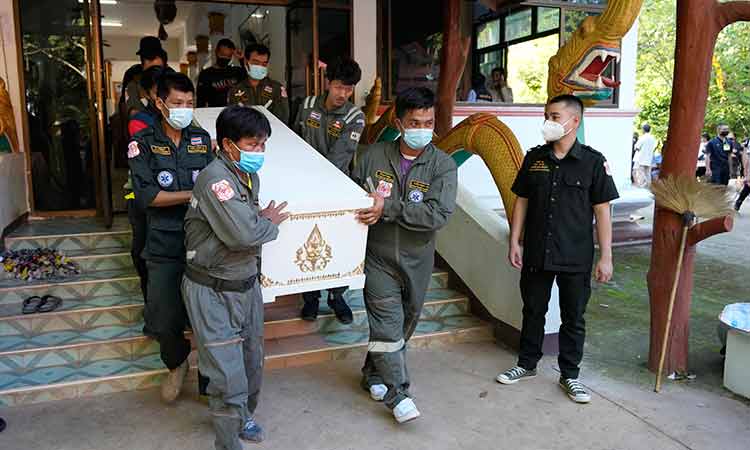 Volunteers carry a coffin containing the body of a victim in the Young Children’s Development Center attack. AP

Earlier at the small, low-slung nursery, a line of heartbroken parents placed white roses on the building's steps as the baking sun bore down.

The dead include pregnant teacher Supaporn Pramongmuk, whose husband posted a poignant tribute on Facebook.

"I would like to say thank you for all the support for me and my family. My wife has fulfilled her every duty as a teacher," Seksan Srirach wrote.