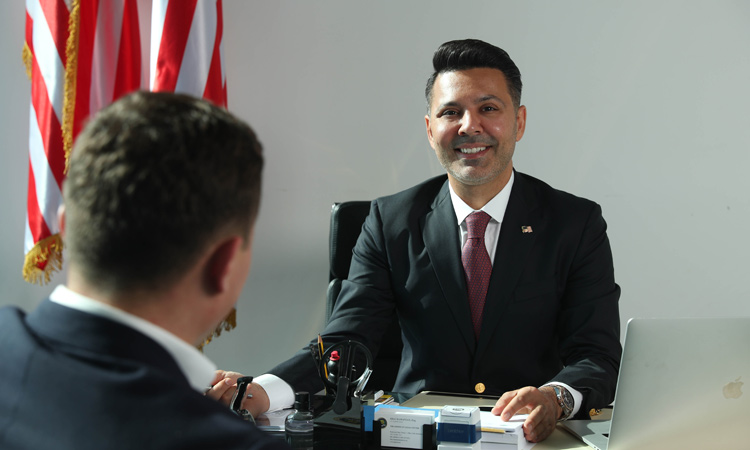 Residents of the United Arab Emirates and surrounding Gulf nations are increasingly interested in the United States EB-5 Immigrant Investor Program, the U.S. golden visa equivalent, as a route to obtaining U.S. residency and Green Cards for themselves and their family members.

What is the EB-5 program?

The EB-5 program was created by the U.S. Congress in 1990 with the intent to promote economic growth through the injection of foreign capital into the U.S. economy and the creation of jobs for U.S. persons.

Under this U.S. government immigration program, an investor and their qualifying dependents, composed of the investor’s spouse and children under the age of 21, have the opportunity to obtain U.S. Green Cards through an investment of $800,000 in a new commercial enterprise in the United States.

The Regional Center Program allows applicants to passively invest through regional centers that host construction projects and that are specifically designated by the United States Citizenship and Immigration Services (USCIS).

Due to the ease of satisfying the requirements of the program through the regional center route, this form of passive investment has been the predominant method through which investors participate in this government program today.

With a wide network of experts, lawyers, and specialists in the EB-5 industry from the Middle East to the United States, The American Legal Center is the preeminent voice of U.S. investment immigration services.

The Legal Director and Founder of The American Legal Center in Dubai, Shai Zamanian, and his team of U.S. licensed lawyers and professionals have been actively guiding families through the EB-5 process for over a decade. During his years of operation, Shai has filed more applications than any other firm within the Middle East and has had a 100% successful track record to date.

Shai finds great privilege in helping families navigate the investment immigration option to the United States. “We treat our clients like family. We encourage them to visit us in our offices, ask us questions, and connect with our team members for any of their concerns,” says Shai Zamanian, “and to facilitate and encourage communication with our team, we don’t charge our clients by the hour.”

Why are Gulf residents interested in the United States?

The United States remains one of the world’s most dominant countries in terms of political stability, economic growth, and high standard of living. Families from all around the world aspire to migrate to the United States for the betterment of their lives and to secure the future of their children.

The EB-5 program unlocks various educational benefits for its participants. Because a Green Card holder will be considered as a domestic student, they can take advantage of higher acceptance rates to U.S. universities and academic institutions. Additionally, Green Card holders can benefit from lower tuition fees, better access to internship and research opportunities, and a higher chance of finding professional positions upon graduation.

The United States has one of the most stable economies in the world, representing 24% of total global output. According to the World Bank, the United States has one of the highest Gross Domestic Products (GDP) per capita in the world. GDP is a measurement of a country’s monetary market value of all final goods and services and essentially represents the health of a country’s economy. There are several factors that contribute to the powerful economy of the United States, including but not limited to the political stability of its government, the strong sense of entrepreneurship and encouragement of innovation amongst its labor force, and the strength of the U.S. Dollar as compared to other currencies in the world.

Despite talks of a possible recession due to the Federal Reserve’s recent interest rate hikes, the labor market in the United States has remained strong. According to the August 2022 Metropolitan Area Employment and Unemployment Summary published by the U.S. Bureau of Labor Statistics, “Unemployment rates were lower in August than a year earlier in 384 of the 389 metropolitan areas and higher in 5 areas.”

The low unemployment rate is a sign of high demand for labor in the U.S. market, which translates into increased career opportunities for immigrants. Generally, due to the time and financial burdens associated with hiring an international applicant, job seekers are more successful at gaining employment in the U.S. labor market if they are Green Card holders. Accordingly, many foreigners wishing to start or continue their career in the United States participate in the EB-5 program to obtain their Green Cards to increase their chances of obtaining the right career opportunities.