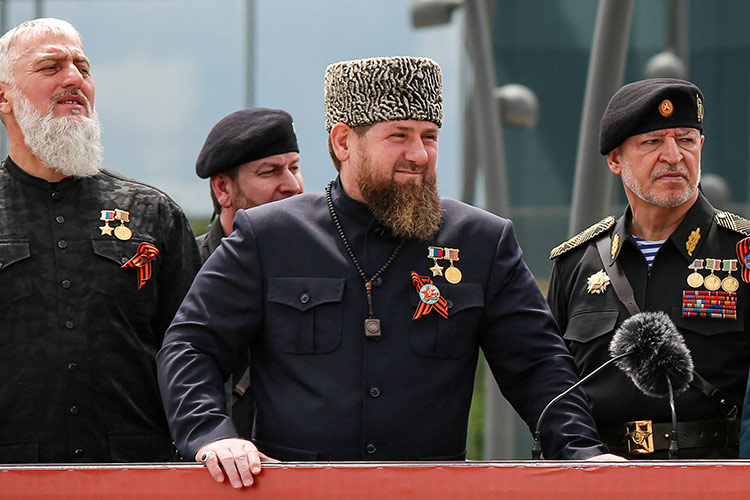 "It's time to prove themselves in a real fight, I can only welcome this desire," Kadyrov wrote on Telegram, posting a video of the young boys firing missiles in a shooting range.

"Soon they will go to the front line and will be on the most difficult sections of the contact line."

He said Akhmat (16), Eli (15) and Adam (14) have been trained for combat "almost from their youngest years" and insisted he was "not joking."

The video showed the boys in camouflage clothing and dark glasses, on tanks, guns strapped to their waists, shooting rocket launchers and machine guns.

At times the teenagers smile while shooting or made a thumbs-up gesture.

Kadyrov, a former warlord who leads the Muslim-majority Chechnya republic, has been one of Russia's most vocal supporter of Putin's Ukraine offensive.

The post came as the Kremlin on Monday dismissed his call to use low-yield nuclear weapons in Ukraine after a series of military defeats.

"This is a very emotional moment," Kremlin spokesman Dmitry Peskov said during a daily briefing with journalists, referring to his statements.

"In our country, the use of nuclear weapons happens only on the basis of what is stated in the relevant doctrine", Peskov said.

Peskov nevertheless hailed the "heroic contributions" of the Chechen leader to the military operation in Ukraine.

Kadyrov called on the nuclear option after Moscow withdrew from the town of Lyman, which took weeks to gain control of earlier this year.

"In my personal opinion, more drastic measures should be taken, up to the declaration of martial law in the border areas and use of low-yield nuclear weapons," Kadyrov said on his Telegram channel.

He also criticised Colonel-General Alexander Lapin, who is in charge of Russia's forces fighting in the region, calling him "mediocre."