Misleading symptoms of heart ailments grow in some women - GulfToday 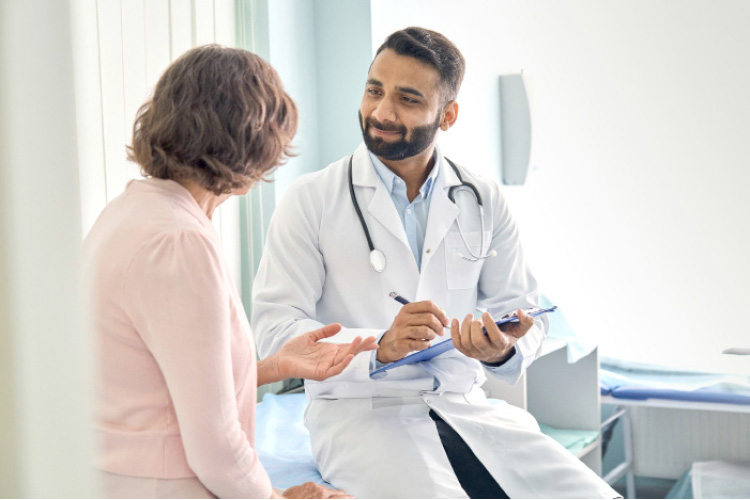 Some women are prone to the risk of heart diseases.

Dr. Dima Quraini of the Cleveland Clinic-Cardiology, Heart, Vascular & Thoracic Institute (Abu Dhabi) was interviewed for the September 29 (Wednesday) World Heart Day and in connection with a May 9, 2022-published American Heart Association report on the under-representation of women in the area of heart diseases and on the Broken Heart Syndrome becoming more prevalent in older women. She identified the most prevalent heart health issues she has observed in the UAE since three years back.

Her fascination for the heart is so since even though it is small, “it plays such a vital and complex role in the human body” with its “muscle, the electrical system, the valves, (and) the aorta, all so beautifully and elegantly intertwined” and which “makes heart disease complex and encompassing many diseases.”

Quraini chose women’s health as her specialisation because she had been sought by women “frustrated” for their worries, being unanswered: “The more I started paying attention to this section of the patient population, the more I realised the enormity of the problem women face. Even in 2022, with all the advancements cardiology has been in the past 10 to 30 years with significant improvement in cardiac mortality, women remain underdiagnosed and remain undertreated, which is very concerning.”

She said more has to be unearthed regarding the “Broken Heart Syndrome” which is “stressed-induced cardiomyopathy that is not only seen in women but it seems to particularly impact elderly women for reason that we are still working on understanding. The typical patient is an elderly woman who undergoes significant emotional or physical stress that leads to a weakened heart muscle that has a specific pattern on imaging.”

The other name for “Broken Heart Syndrome” is “Takotsubo Cardiomyopathy,” because the heart shape becomes like a “Japanese octopus hunting pot.”

Since 2020, Quraini has classified Atherosclerosis, the buildup of plaque inside the arteries, as “the biggest concern for women which patients and healthcare providers need a lot of education” while Microvascular heart disease, otherwise termed as the small artery disease, “an area of interest.”

On Atherosclerosis: “Women who have had diabetes, hypertension, pre-eclampsia or eclampsia during pregnancy face higher risk after disease and even later in life. It is important to ask women about their history and aggressively treat them earlier in life.”

On Microvascular heart disease: “Women presenting with mild heart attack would sometimes be frustrated after undergoing cardiac catheterisation where no significant obstruction coronary arteries were noted. For years, these patients were dismissed and had been told they have ‘Syndrome X’ or non-cardiac pain or anxiety. With more recent advancements in imaging and functional testing, we now realise these women may have the disease. These women have worse prognosis than their healthy counterparts and need to be followed in cardiology clinics.”

Quraini said both genders exhibit the same signs and symptoms, the commonest of which is chest pain with regards heart health: “However, for women, chest pain is often accompanied with other symptoms such as dizziness, shortness of breath, nausea and that can sometimes distract physicians and patients from (the correct diagnosis).”

“It is important for women to realise that they are at risk, considering that the number one cause of death in the developed world is heart disease. If they are unsure about their risk, be proactive in seeking medical attention before symptoms develop,” Quraini also said, adding that delays in diagnosis particularly among the elderly women happen, because the chest pain/heart attack they experience might also be accompanied by overall fatigue, nausea, and shortness of breath, which may be ignored.

Back to her observational data, she cited Spontaneous Coronary Artery Dissection, the risk of developing heart attacks due to tears in the heart, as “not specific to women; however, 90 per cent of the patients are women typically between 40 to 50 years old (who are otherwise healthy).”

‘Heart attack patients can be saved within 90 minutes’

Compared to ages ago, a heart attack sufferer could, in these times, be saved within a 90-minute time frame; but, everyone should be aware and must heed the early signs and symptoms, said an interventional cardiologist.